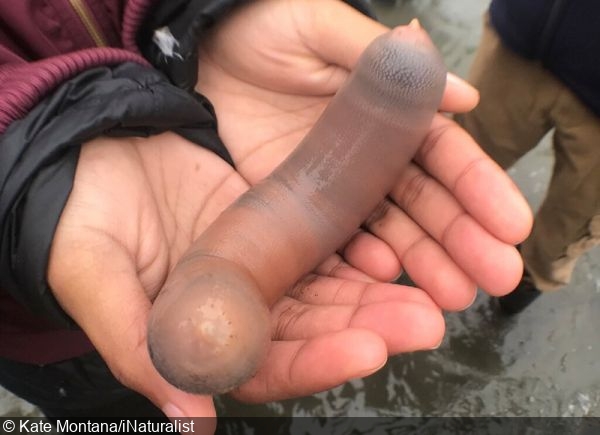 South Koreans living along the California coast had cause for celebration recently when a huge mass of fat innkeeper worms turned up along a certain Drakes Beach. The “penis fish”—as they’re colloquially known due to their phallic appearance—apparently ended up stranded after being spooked by a ferocious bomb cyclone.

Generally spending their entire lives in burrows beneath California’s wet coastal sands, fat innkeeper worms are so named due to their tolerance of other creatures—pea crabs, clams, arrow gobies—invading their homes and feeding off the worm’s food scraps. However, Drakes Beach was hit by powerful storms around Thanksgiving that likely drove the worms to surface. Mass worm strandings in 2010 and 2016 occurred during similar El Niño weather events.

“So what’s the Korean connection?” I hear you ask. Well, these bulbous worms are a popular chewy snack called gaebul over there—supposedly, the true salty, fishy flavors are only released when chewing it. Somehow, we doubt the delicacy is going to catch on in the Golden State…