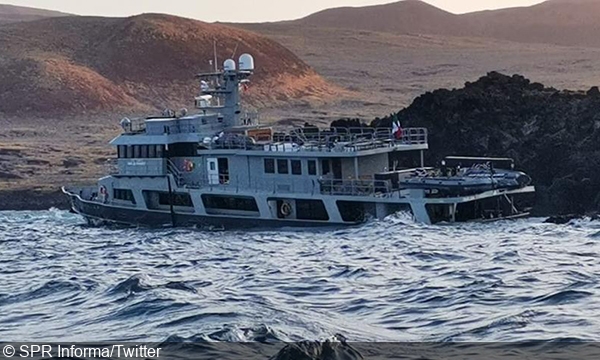 Update: May 10th, 8:30pm – Michael Ann Boyer, CEO of Pacific Fleet, which operates the Socorro Vortex, has posted a statement on the company’s Facebook page:

First of all, thank you all for all your comments, prayers and thoughts.

At approximately 4am, Monday May 9th, the Socorro Vortex ran aground on Isla Socorro. She was in transit from Roca Partida to Isla Socorro when this incident occurred. As of this moment the boat is still aground on the island and we are in the process of salvaging the boat.

All guests and crew are safe and uninjured and were assisted by the local Naval Base personnel. We arranged for air transfer from Socorro to Cabo San Lucas, and all got back to Los Cabos yesterday during the evening. All food, accommodation and flights back home were arranged as well as any additional assistance that they needed.

At this time, we are working with a group of experts to determine the extent of the damage. We should have more information within the next 48 hours.

We are currently are working to determine what our schedule will be over the next several months. We will have further information following the assessment.

Thank you for your patience while we work through this difficult situation. And we also want to thank the Mexican Navy and CONANP for all of their help and assistance.

Last but not least, we are very proud of our team for the way they handled the whole situation.

May 10th, 1am – News is emerging that the Socorro Vortex luxury liveaboard has run aground in the vicinity of Socorro Island in the Revillagigedo Archipelago. An Associated Press story, published in Spanish on Monday, May 9th, broke the news, which then appeared on ScubaBoard.com.

According to the AP, the Mexican Navy reported rescuing 25 people—“including Americans, Britons, Belgians, Irish, Italians and Mexicans—near a Pacific island after the tourist ship they were traveling on ran aground.” The Mexican Navy named the Socorro Vortex as the ship in question.

The article reports that the crew radioed for help and the Navy left for the scene of the incident. A life raft was spotted near Socorro Island carrying 14 liveaboard passengers (seven Americans, two Britons, three Belgians, one Irish and one New Zealanders) and 11 crew members (eight Mexicans, one Briton and two Italians). The Navy’s statement noted that there were some injuries but they were not serious. The passengers and crew were taken to Isla Socorro Naval Sector for medical evaluation and subsequently transferred to San José del Cabo in Baja California Sur.

At this early stage, reactions on ScubaBoard.com are limited. One commenter confirms the news story, saying that their brother-in-law was on the trip and that the liveaboard “ran aground in the middle of the night and [passengers and crew] had to abandon ship.”

With DPG editors having enjoyed many experiences aboard the Socorro Vortex, our thoughts go out to everyone affected. 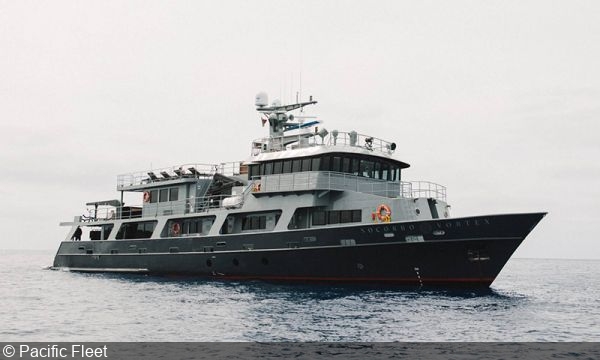