Bluer Planet: Rising Temperatures Will Change the Color of the Oceans
By Ian Bongso-Seldrup, February 5, 2019 @ 10:00 AM (EST)
Source: MIT News 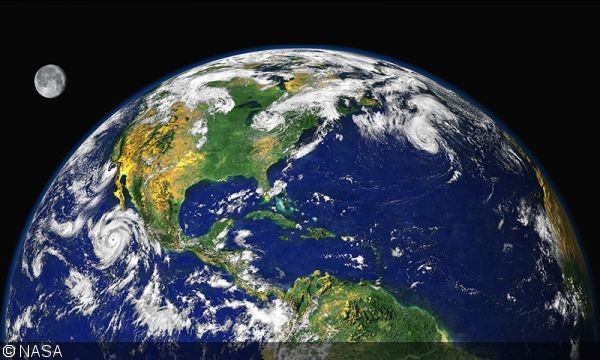 In a new study published in the journal Nature Communications, scientists say that the oceans will become bluer as Earth warms. By the year 2100, the researchers predict, more than 50% of the world’s oceans will have changed color. The cause? The numbers of phytoplankton—which absorb and reflect light—will be reduced by rising water temperatures. In addition, greener regions, like those near the poles, may get greener, as higher temperatures create blooms of more diverse phytoplankton.

“The model suggests the changes won’t appear huge to the naked eye, and the ocean will still look like it has blue regions in the subtropics and greener regions near the equator and poles,” says lead author Stephanie Dutkiewicz from MIT. “That basic pattern will still be there. But it’ll be enough different that it will affect the rest of the food web that phytoplankton supports.”

Occupying the very bottom of the marine food web, phytoplankton—microscopic marine algae—play an oversized role in the oceans. In addition to providing food for a wide range of sea creatures, they also turn sunlight into chemical energy, and consume carbon dioxide. Climate change is impacting ocean currents, which is altering food availability for phytoplankton.