There are a lot of secrets surrounding the Earth's largest animal, the blue whale,  and a new study has added another mystery.

Blue whales across the world are singing in deeper tones, despite the fact that different populations sing different songs.  The change was first noticed eight years ago because detectors designed to automatically record blue whale songs had to be changed to pick up on lower frequencies. 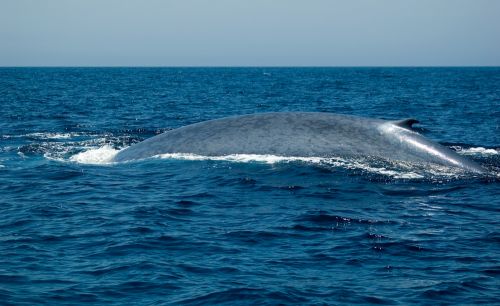 Why are blue whales singing a new song? This part is puzzling the scientists.

Mark McDonald of WhaleAcoustics thinks that perhaps males, who are the signers,  need not call as loudly to reach females since the number of blue whales is increasing.  Other scientists believe that the populations have increased dramatically enough to cause the change.

It seems likely that the change in song has to do with reproduction, considering only males sing, so it likely not related to navigation or prey detection.

Blue whales are listed as endangered and have a population of about 10,000. This number is growing but it is still a long ways away from the 300,000 individuals that existed before they were heavily hunted. Whaling was banned in 1966.

Anyone have a theory? Share it in the comments below.

You can read more about this here.