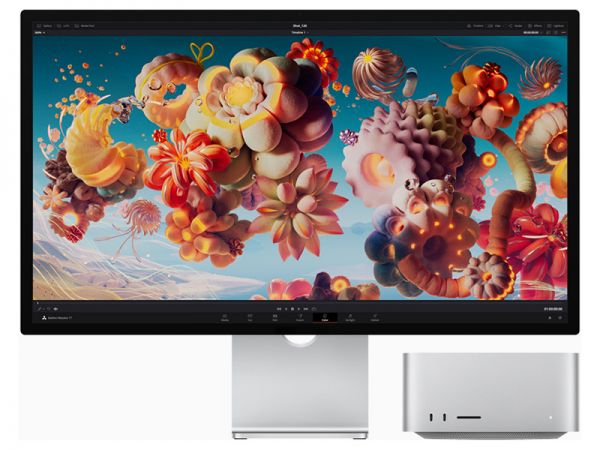 The first Apple Event of the year saw a flurry of new products aimed at creative professionals—underwater shooters included, of course—headlining with a new ultra-powerful desktop computer called the Mac Studio. If you’re wowed by numbers, you don’t have to do much more than check out the graphic below to see that this new Mac means serious business—despite being little bigger than two Mac Minis stacked on top of each other.

The Mac Studio will be available in two flavors: one powered by Apple’s M1 Max chip, which saw its debut in the latest 14-inch and 16-inch Macbook Pros; and one powered by a new chipset called the M1 Ultra, which is essentially two M1 Max chips combined in one package. Accordingly, the M1 Ultra boasts twice the power and performance of the M1 Max, which is already a ridiculously capable chip. 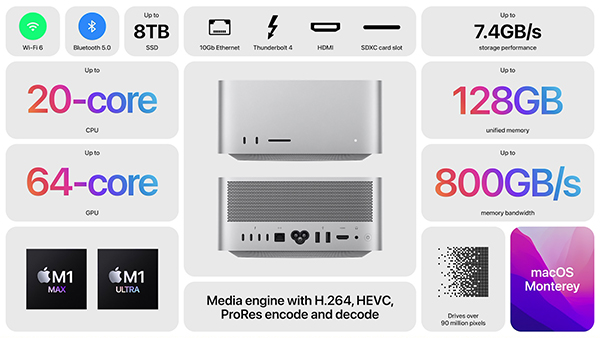 Constructed of aluminum and measuring a mere 7.7" wide, 7.7" deep and 3.7" tall, the Mac Studio features a handy SD card reader on the front alongside a pair of USB-C (10GB/s) ports on the M1 Max model or a pair of Thunderbolt 4 (40GB/s) ports on the M1 Ultra model. Around the back, both models offer four Thunderbolt 4 ports, two USB-A ports, an HDMI port, a 10GB Ethernet connection, and a 3.5mm audio jack. Like the new Macbook Pros, you can equip the Mac Studio with up to 8TB of internal SSD storage.

To pair with the new Mac, Apple also announced the new Studio Display, a 27-inch 5K monitor with 14.7 million pixels (218ppi) whose design is clearly inspired by the M1-powered iMac, released a year ago. The monitor can display over a billion colors with P3 wide gamut color support. It has a built-in 12MP FaceTime camera with support for Center Stage, a triple-microphone array, and a six-speaker sound system. 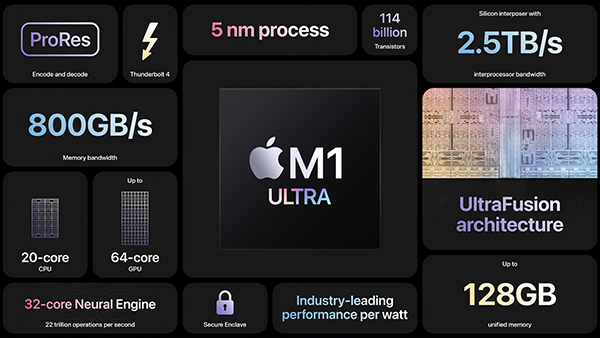