Day 1 started early, at 9.30 with the movies and for the festival visitors.  We hope you'll enjoy some of the video clips and images from the show floor.
Antibes’s special tradition – you can be rest assured that you will meet Jacques Cousteau’s former colleagues – like André Laban or Dominique Sérafini, see many artistic interpretations of the sea and the oceans, browse museum displays about the history of diving or ocean research (Frederic Dumas Museum), rub elbows with the top underwater photographers and film makers in the industry, and party like an underwater rock star.
Underwater filmmaker and competitor Danny Van Belle from Belgium, has been the winner of the Golden Palm two times in Antibes in Category “B” with his films. Now, after spending 8 months in Lembeh, and filming very special species, he decided to enter to the professional “A” category with his new, 52 minutes film.

Our friend, Alex Mustard also visited DPG, promoting his new educational DVD (Shooting magic) about shooting with filters underwater. The DVD will be on the market very soon. Produced with Peter Rowlands of UwP Magazine.
Dominique Sérefini, former member of Captain Cousteu’s Calypso (dreamwrecks.com), produces very interesting paintings about shipwrecks – using a special chroma technique, the audience may have a unique experience with his paintings. Using his huge experience Dominique and his partner, Catherine Salisbury, underwater photographer produced a TV-series about shipwrecks in the Caribbean’s and also publishing books – a kind of illustrated Cousteau adventures. 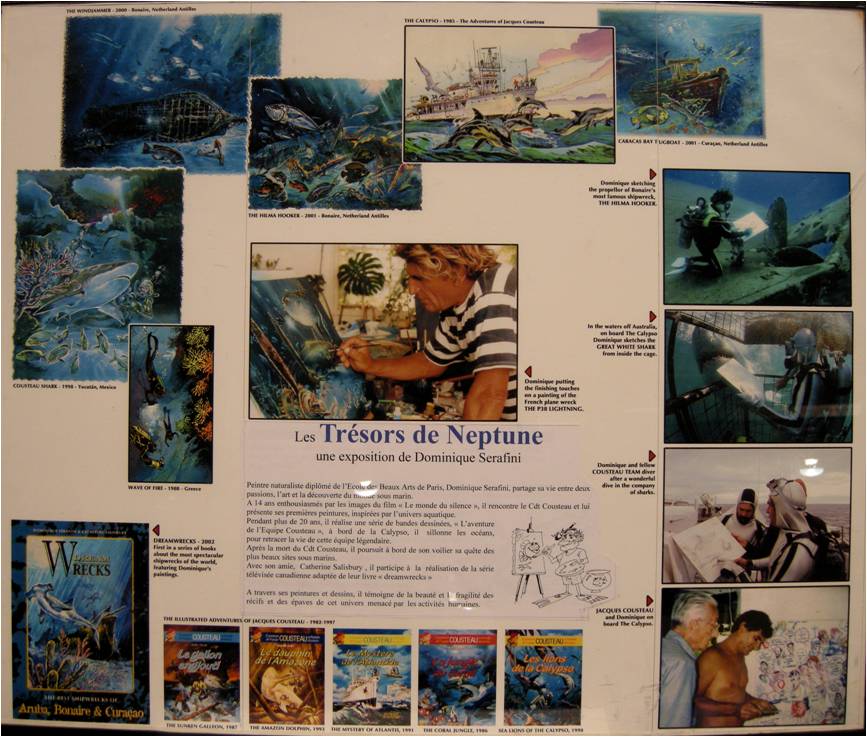 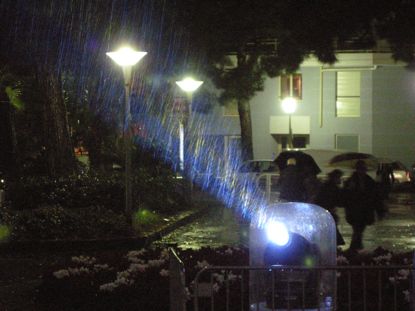 While the weather is rainy again (I am writing these words at the second day), the Festival is full with visitors and movie lovers… 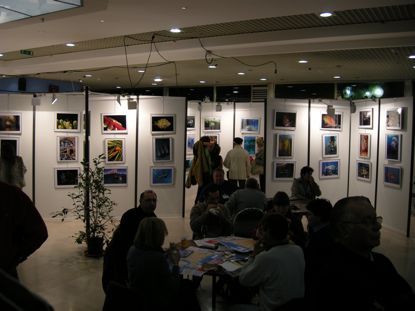 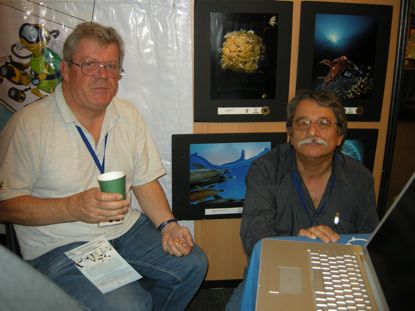 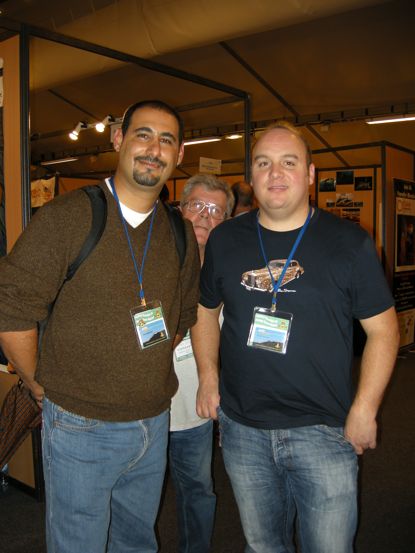 Noam Kortler & Alex Mustard (Peter Rowlands in the back) 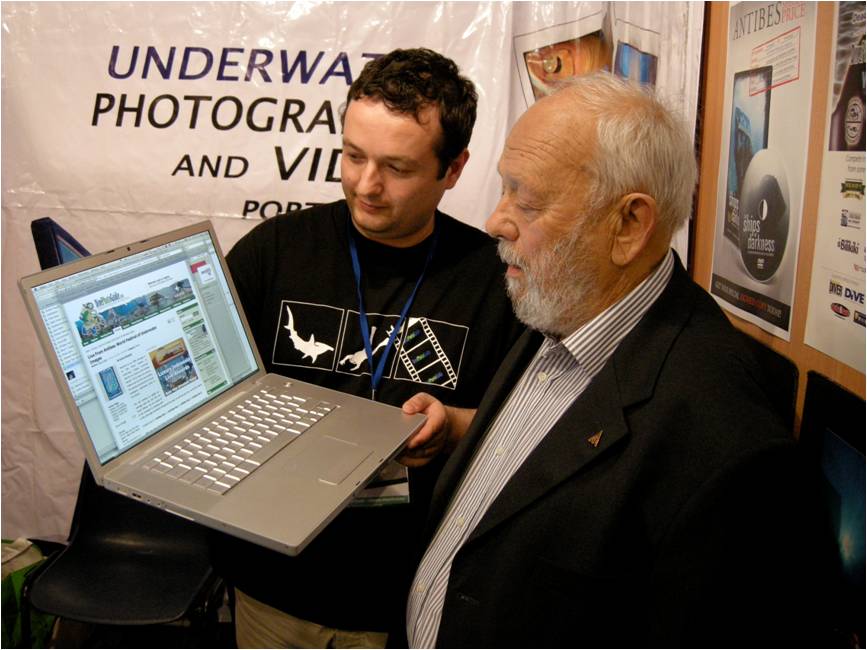 Daniel Mercier, founder of the Festival, dropped by our booth and is checking out our coverage about the Festival. The Festival celebrates the 35th birthday this year. (Photo by Alex Mustard) 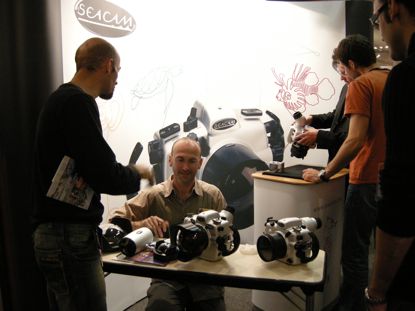 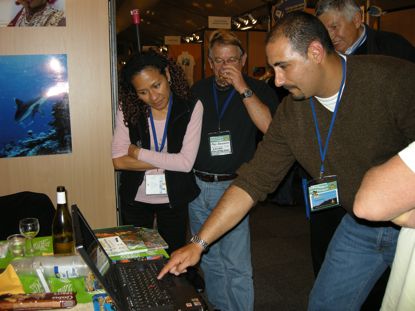 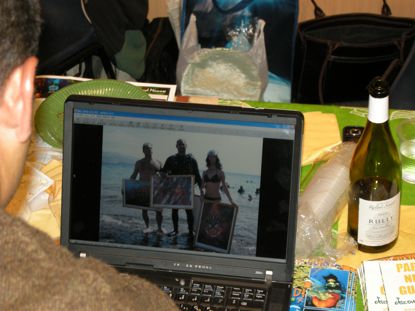 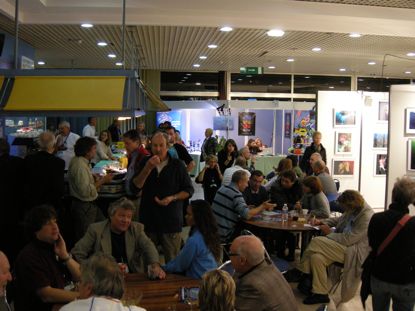 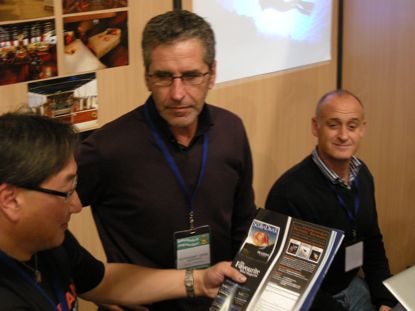 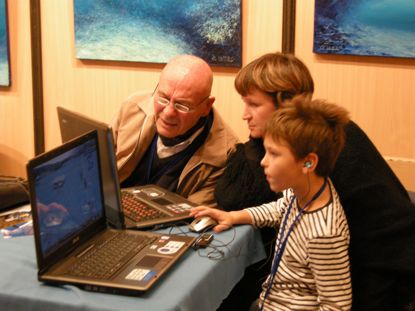 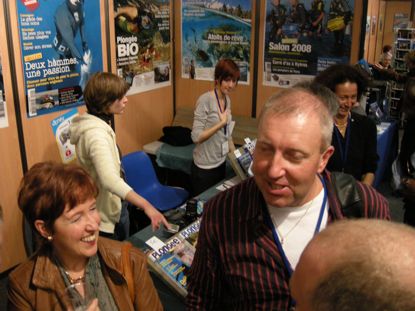 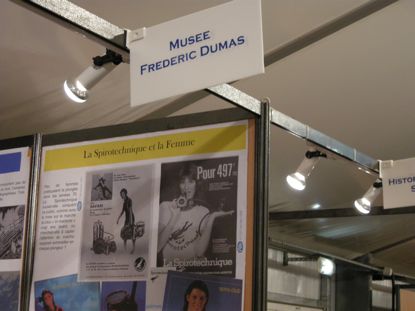 Frederic Dumas was an original team member of Jaques Coustaeu. He past away in 1991, but the Frederic Dumas museum lives on to tell of the early years of scuba diving 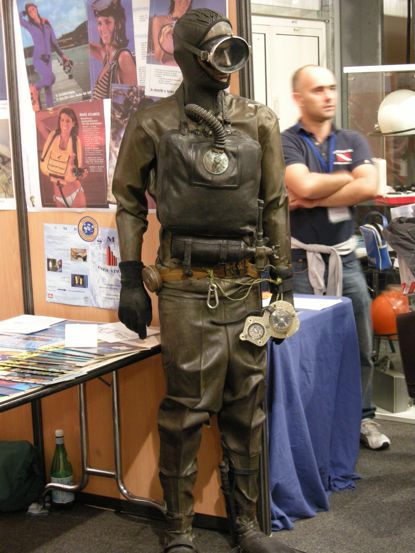 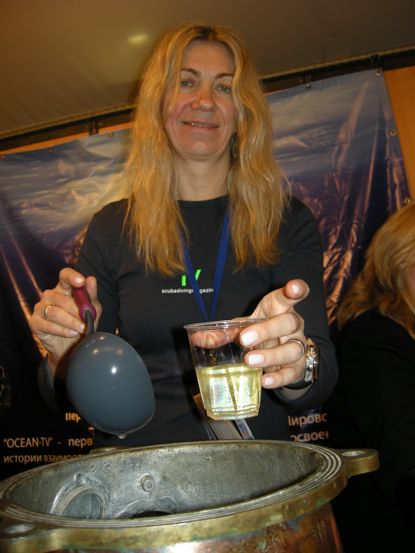 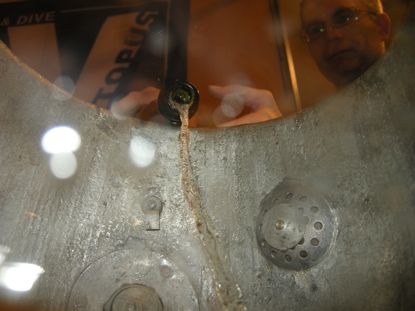 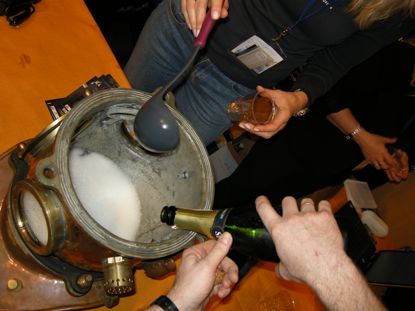 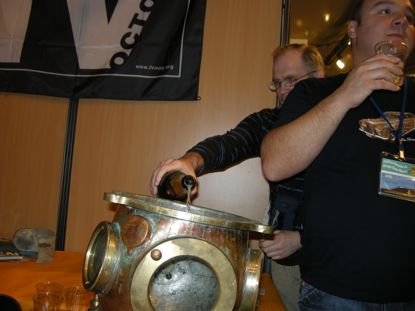