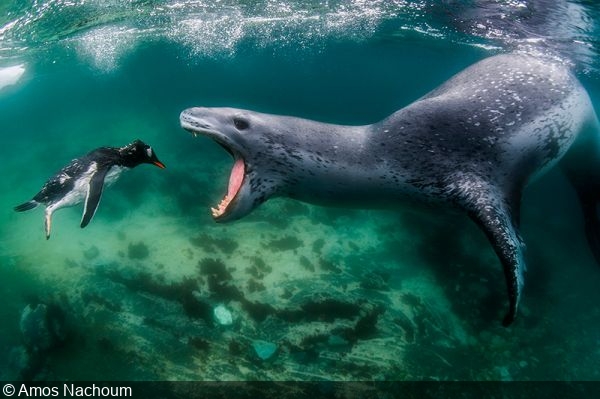 Big-animal photographer Amos Nachoum has picked up the Grand Prize in the annual World Nature Photography Awards (WNPAs) for his famous capture of a gentoo penguin’s last moments at the jaws of a leopard seal. The image, apty titled “Facing Reality,” won Gold in the contest’s “Behavior – Mammals” category. There are a number of other superb underwater images among the stunning winners.

This is what Amos says about the image: “For hours, I waited for the low tide to arrive along a shallow lagoon on a remote island off the Antarctic Peninsula. Like clockwork, the leopard seal arrived in the lagoon just before low tide. It put its head in the water and looked just like a rock sitting in the receding water. The young gentoo penguins only dare to enter the water when it is shallow and when they got close enough to the seal, it turned its head at lightning speed, catching one of the penguins by its feet and taking it to deep water. Once the seal reached open water, I followed it and swam parallel to it, observing its actions. To my surprise, it let go of the penguin twice. Each time, the seal chased after the penguin again, as if it was enjoying the game. The terrified penguin tried to escape as the game continued. But soon, the end came.”

Entries for this year’s edition of the competition are now open. Check out our 2015 interview with Amos and read about how he managed to photograph swimming polar bears. 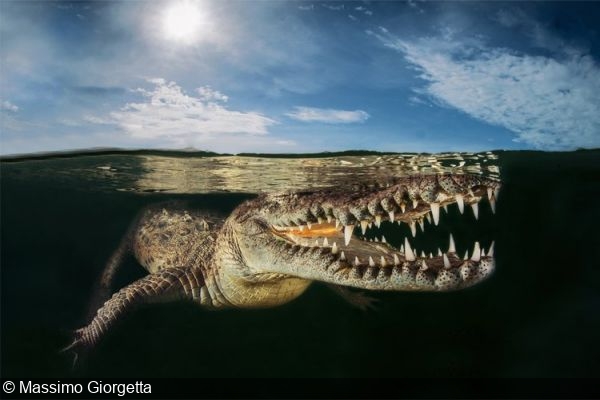 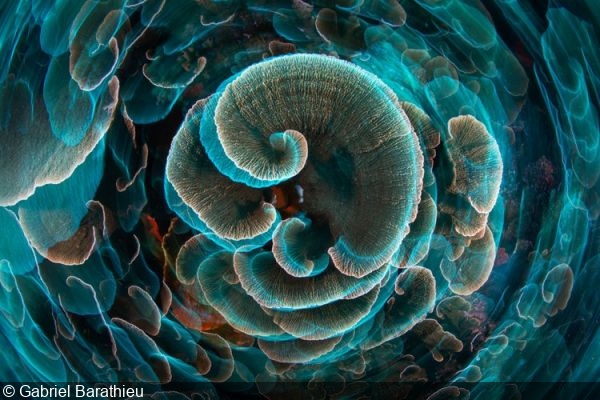 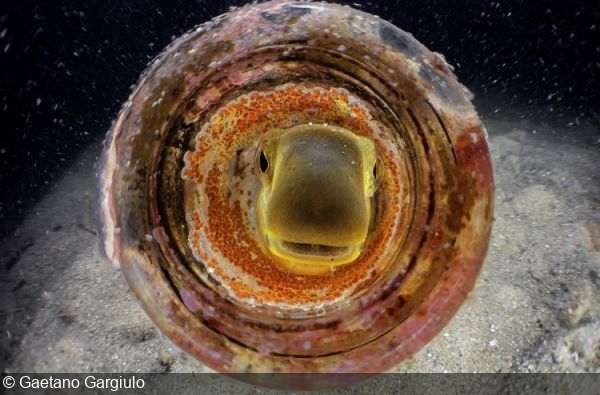 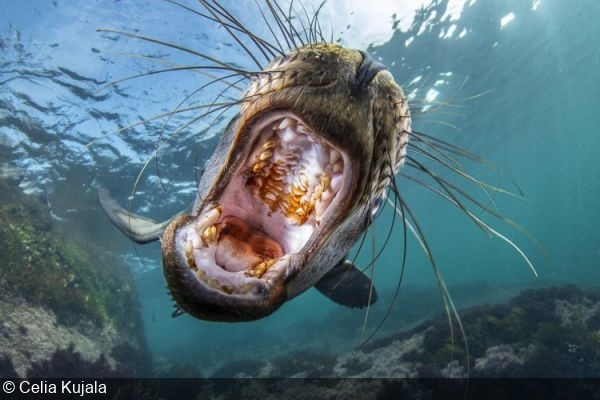 Silver, Animals in Their Habitat 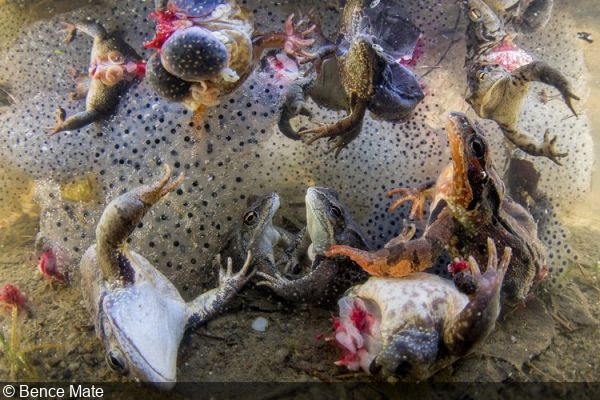