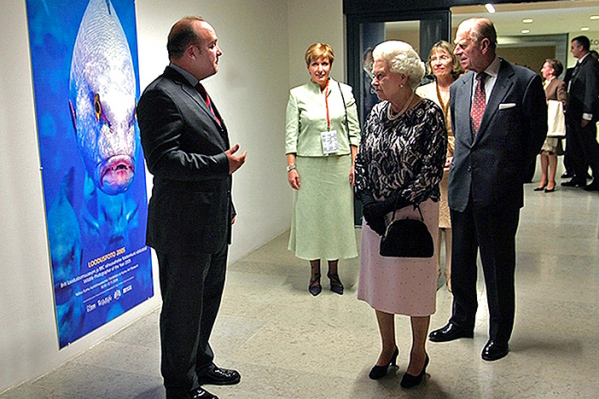 Underwater photographer Alex Mustard has been awarded a Member of the Most Excellent Order of the British Empire. Alex has quite a list of lifetime awards, but this one came as a shock.

“I thought it was a tax bill. I did not even open it—I left it for a while then opened it. I was absolutely shocked,” Alex told the Peterborough Telegraph.

Alex confessed that he had to read the letter from the Queen a few times—initially believing it was a prank from a fellow underwater photographer. And while DPG is guilty of pulling a prank (or two), the letter was indeed the real deal.

Congrats to Alex on the honor (or should we say “honour”). Learn more about Alex’s award, here.