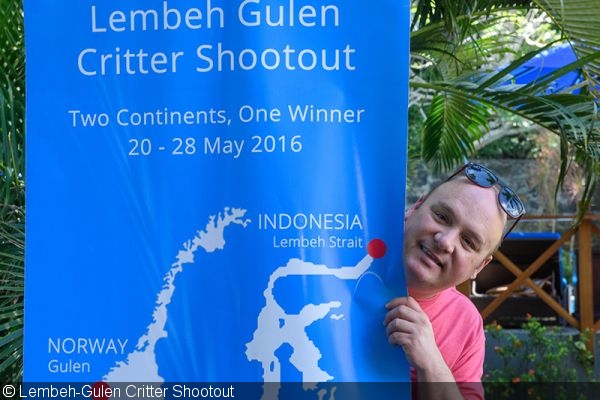 Alex Mustard at Lembeh Resort for the last shootout

The organizers of the Lembeh-Gulen Critter Shootout—aka “The Shootout”—have announced two bigwigs of underwater imaging will be captaining the teams for the 2018 edition. Keri Wilk returns to lead the team at Gulen Dive Resort in Norway, while Alex Mustard takes the helm at Lembeh Resort in Indonesia.

The two captains will be trying to push their respective team members to produce their best work in an effort to clinch the crown. Keri’s Team Gulen will be keen to even up the score after Team Lembeh bagged the overall 2016 Shootout title by winning two out of the three competition rounds.

The SHOOTOUT, which will be held from 15 to 23 June 2018, will again pitch two teams head to head in a live underwater photography contest. A team from the beautiful Gulen Dive Resort in Norway will be competing with their opposing team at the equally beautiful Lembeh Resort in Indonesia. The first contest, in 2016, resulted in the narrowest of last-minute victories for the team from Lembeh. 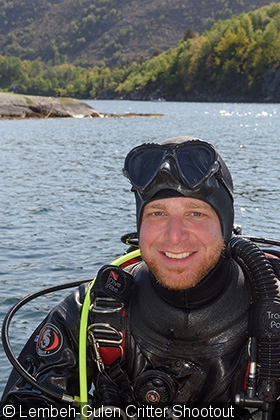 The 2018 event is proud to announce that captaining the Lembeh team will be the world-renowned professional underwater photographer, Alex Mustard, and in the corner for Gulen Dive Centre will be another big hitter of the underwater imaging world, Keri Wilk.

Keri captained the Gulen team in 2016, so he has a score to settle:

“If last year’s 3-round nail-biter was any indication of what to expect, we should have another exciting battle on our hands.” And he went on to state, “Last year, Team Gulen showed the world that we could indeed compete with Lembeh. Next year, however, we aim to show that we can WIN!”

Both captains will not only be providing guidance to their teams on how to get the winning shots but also will be making tactical decisions about image selection. They will, of course, also be helping team members to create stunning imagery by extracting the very best of their photographic ability.

Alex says: “Team Lembeh won the last SHOOTOUT, so the pressure is on me this time! It’s such a fun event where the team has to all work together to ensure that everyone gets great images to be sure of success.”

The SHOOTOUT will feature a program of live broadcasts and reports from the event, including video discussions with the captains and teams.