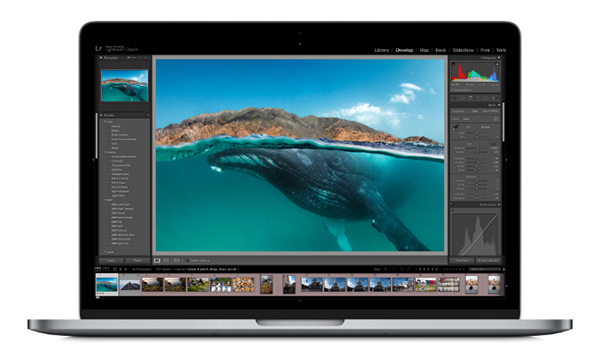 After teasing its new Color Grading panel last month, Adobe has released version 10.0 of Lightroom Classic, including that tool among various new features and performance enhancements. The Color Grading panel, which replaces Split Toning, gives users control over the color in midtones, shadows and highlights, as well as the color of the image as a whole with a global control. The panel also allows you to adjust hue, saturation and luminance, and offers Blending and Balance sliders.

Here’s a summary of the new features from Adobe.com: 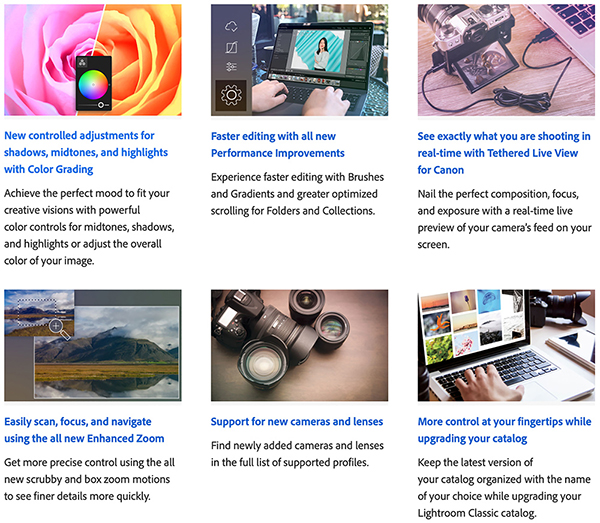 Among the performance improvements are faster editing when using Brushes and Gradients; speedier scrolling through Folders and Collections, and the Library Grid; and better zoom control using the new Scrubby Zoom (dragging left or right while pressing the Shift key to zoom in or out  in the Develop module) and Box Zoom (pressing Command/Ctrl while drawing a box with your cursor in Library and Develop modules). The zoom levels in the Navigator panel now offer Fit/Fill, 100%, and zoom percentage between 6% and 1600%. In addition, the zoom slider in the toolbar is now divided in two: the first half ranges from 6% to 100%, while the second ranges between 100% and 1600%. 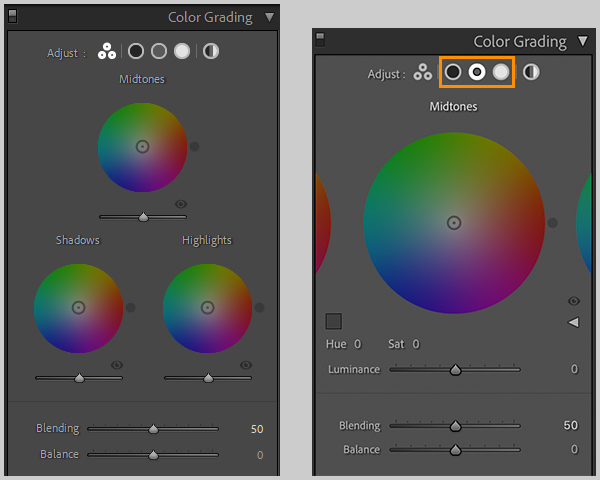