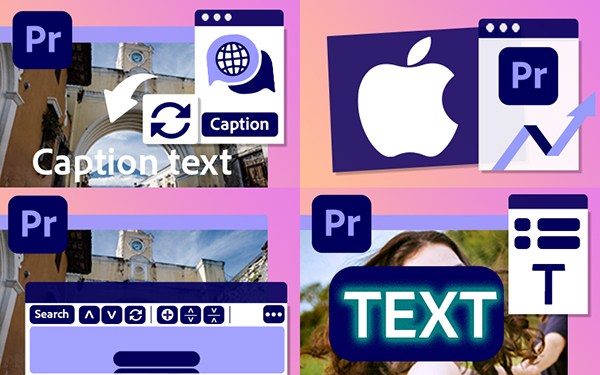 Adobe has unveiled the July 2021 release of Premiere Pro, and anyone who’s recently bought a shiny new Apple computer with an M1 chip inside will be pleased to know that the video editing software now runs natively on Apple silicon. According to Adobe, the program gets a significant performance bump when running on M1-powered computers: “From launch times to export, everything is faster, and editing is buttery smooth.” The company has also confirmed After Effects with native M1 support is coming “later this year.”

Premiere Pro 15.4 also adds a new Adobe Sensei-powered Speech to Text feature which automatically converts audio in a video into editable text for creating captions. The feature, which currently supports 13 languages, is designed to match the pacing of human speech. It also adds the ability to search transcripts for specific words or phrases by clicking on a transcribed word to move the playhead to the corresponding position in the timeline. Adobe claims the new tech can reduce transcription times by up to 75 percent (even if you account for the added time needed to fix mis-transcribed audio).