Photoshop Lightroom has had somewhat of an identity crisis amongst the general population of photographers since its release in early 2007. The Adobe engineers built it to fill a gap in the Photoshop family of products (Photoshop CS3 and Photoshop Elements being the other two family members) but many amongst the photographic community have not been able to identify its primary task to make it the ‘must have’ product that Adobe hoped it would become for all digital photographers.

Adobe would like to think that no photographer could imagine living without this product, but in reality, most digital photographers have survived without it for years and question why thy need it now. Much of the confusion for many photographers exists because the feature set of each of the Photoshop products overlap, e.g. they all allow you to adjust the brightness and contrast of your image. Why buy two products when the one I have does the job nicely? 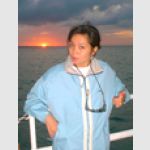