Adobe today announced the release of the release candidates of Lightroom 3.3 and Camera Raw 6.3  and a new lens profile downloader.  It may look like I had a typo with the double "release," but as Adobe states "The ‘release candidate’ label indicates that this update is well tested but would benefit from additional community testing before it is distributed automatically to all of our customers.  The final releases of Lightroom 3.3 and Camera Raw 6.3 may have additional corrections or camera support."  In other words, it gives all of us a chance to throw our two cents in, which is a good thing. 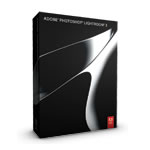 New cameras supported in the Lightroom 3.3 and Camera Raw 6.3 Candidates include:

There are also additional bugs that are corrected in LR 3.3

As to the Camera Raw 6.3, the following issues have been addressed:

The Adobe Lens Profile Creator is a prerelease of a utility which helps to create lens profiles.  (Guess I see where they got the name from.)  The profiles ( which are used to correct lens distortions in images captured from the same lens) that are created can be used in Photoshop and Lightroom.