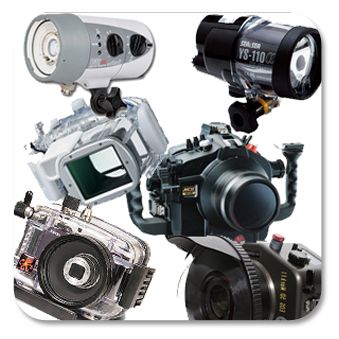 Everything You Need To Know About Underwater Photography

DivePhotoGuide.com is a comprehensive  resource for anyone interested in learning about underwater photography.

Of course, special equipment is required to shoot underwater photography, most importantly an underwater housing to protect your camera from the water. Housings range from inexpensive plastic cases for point and shoot cameras, to expensive investments in custom crafted aluminum housings for DSLR cameras. Back in the days, amphibious film cameras, such as the infamous Nikonos V, were waterproof and offered  high quality underwater corrected lenses. Today there are no such cameras. However, today’s high quality affordable digital cameras provide many benefits over the amphibious cameras of yesteryear. 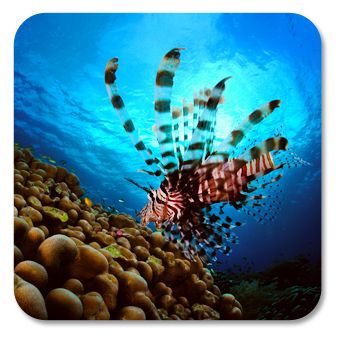 The most challenging element of underwater photography is the absorption of light underwater, which requires the use of underwater strobes to create the brilliant colors that you see in most underwater images. This is very different from non-underwater wildlife or landscape photography, which relies on the sun for vivid color. While there is a learning curve, it is easy to overcome with a little instruction and knowledge. The introduction of a strobe underwater poses its own challenges due to backscatter, the illumination of particulate matter in the water column between the camera and subject. Due to these challenges, underwater photography is often looked at as one of the more difficult types of photography. Of course there are many rewards waiting for those willing to accept the challenge.

Underwater photography is possible in any body of water, from the ocean to pools, lakes and rivers. The community of underwater photographers around the world is growing, and the number of people who are getting into the hobby / sport / profession is greater than ever before.

A Brief History of Underwater Photography 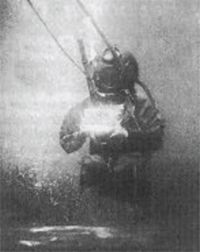 The first underwater photographs were taken in the waters of Dorset in the UK by William Thompson in 1856. The first underwater camera flood occurred on the same day. The images were taken on an early version of a pole cam, not while scuba diving. However, the individual who is normally credited with the first underwater image is Louis Boutan of France. Boutan’s famous image of a hard hat diver was the first underwater photo ever published. John Ernst Williamson filmed the first ever underwater film in 1914 in an early version of a submersible. In 1927 ichthyologist Dr. William Longly and National Geographic Charles Martin published the first color underwater photos. Pioneering underwater photographers had to develop their own equipment in order to capture the world underwater, or to improve upon the technology that existed at the time. Among these pioneers, Bruce Mozert developed still and video housings and underwater flash systems for his commercial work in the 1930’s. Hans Haas developed the popular Rolleimarin in 1943. In 1957 Jacques-Yves Cousteau conceived the Calypso camera, which was ultimately designed by Jean de Wouters and in 1961 was being marketed to scuba divers and scientists. In 1963 the Calypso design was sold to Nikon who renamed it the Nikonos, which went on to become the number one selling  underwater camera of the 20th century. Subsequent Nikonos models were released until 1992. Nikons II (1968), Nikons III (1975), Nikons IV (1980), Nikons V (1984), Nikonos RS (1992). The Nikono 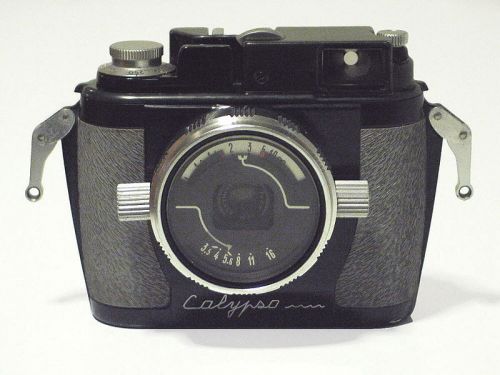 s RS was a unique amphibious single lens reflex camera and was renowned for its impeccable image quality. It was also very expensive and was known to flood often. Like the traditional photography market, digital photography has displaced the entire film camera market for underwater photography.

The Evolution of Underwater Photography

In the 1970’s David Doubilet began working for the National Geographic and developed new techniques that many underwater photographers consider standard practice today. He shot the first over under image, and his underwater images have pushed underwater photography beyond where any other photographer had at the time. Doubilet shot in accessible depths, and where he left of, Emory Kristof picked up. During his 40+ year career, Kirstof innovated and engineered underwater photography equipment that was used on submersibles and remotely operated vehicles, which included the discovery and documentation of the Titanic and the hot water vents of the Galapagos rift.

Today there underwater photography is widely used by scientists and photo journalists, as well as fashion and commercial photographers. Surfing photography has evolved into an entire world of its own.

You're On Your Way

Here are some places to start...