The DPG editorial staff is proud to announce the winners of our April monthly photo contest!

The theme for April was “Marine Mammals” and the winner of a brand-new i-Torch 600 from i-Divesite($200 value) is DPG-er Phil Davison.

Phil thrilled the judges with his great capture of a sea lion having a tug of war with an octopus. The judges were impressed with the uniqueness of the behavior and great perspective of the situation. 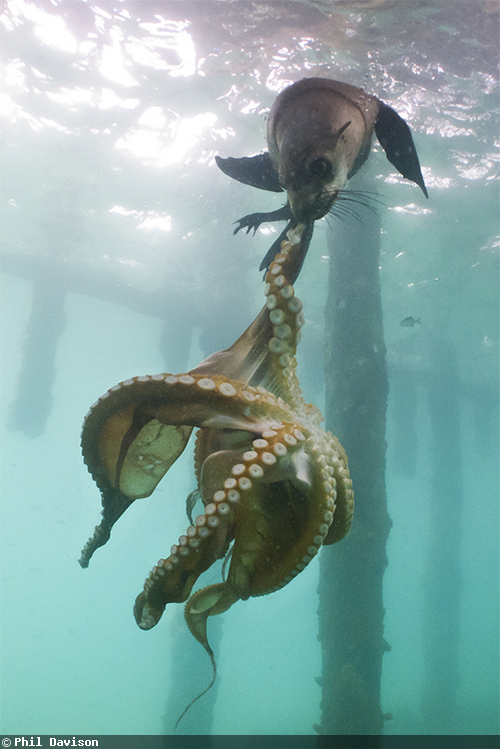 Second place went to DPG contest veteran Brandi Mueller for her great shot of several humpback whales in the Dominican Republic. Ron Watkins took home the third place for his stunning black and white shot of a snorkeler with a pod of dolphins. 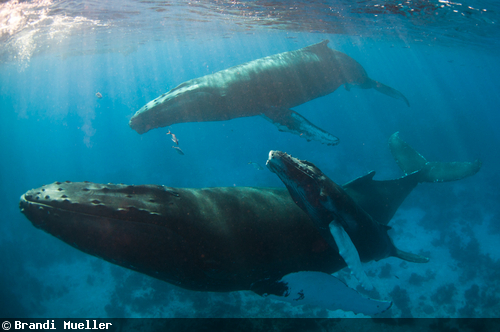 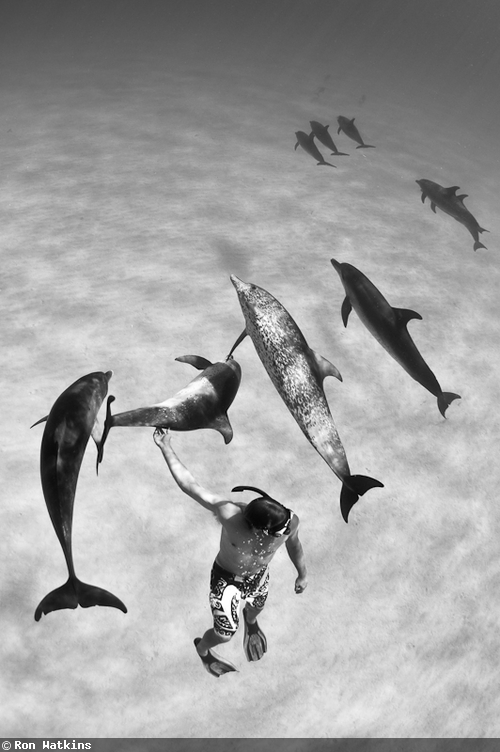 A special thank you to DPG monthly contest sponsor i-Divesite, who generously donated one of their i-Torch 600 focus lights to this month’s winner. 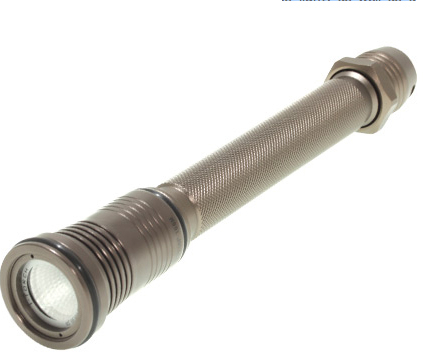