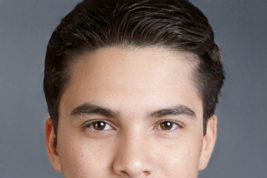 Change email or password
Edit Biography
If I love one thing, then these puns. This time I managed to put Robert Basic and Google in a cover story . With the title I mean the title tag, with the pioneer I mean a new title gimmick from Google . I stumbled across this when I was looking for Robert Basic in Google to check whether Basic Thinking was still outperforming his own homepage in the Google Serps. Time has passed since the blog sale.

I also have to tell you why I got the idea to search for Robert Basic. I had thought shortly before that I might be able to write a small article about Mister Wong's new outfit and came across the Mister Wong reloaded article on Basic Thinking. Oh, interestingly, I thought, Robert has already given up his mustard. And started reading. The article also had the right basic length and robertoresque writing style, so initially I didn't realize that I was following Marek Hoffmann's words and not Robert Basic's. How embarrassing.

Now I can also imagine that I am not the only one who has had the free on appstore download experience. Be it because you fell into Basic Thinking in a mental derangement and the Basic imprint in the brain is still not completely gone, or because you googled for Robert and found your old weblog in the first place. And then secretly Robert associated with this site. Because even Master Google does that.

A look at Google's Serps shows astonishing things. In the first place, before the actual and original title of the page, is the name Robert. Robert is the pioneer, so to speak. Or if you like, the figurehead. The strange thing is that the name Robert is nowhere to be found on the Basic Thinking homepage. Especially not in the title tag. The name only exists in links that refer to the page, as it says in the Google Cache. So we have a classic Google bomb here.

It's amusing, Google wants to be smarter than the site operators. And chases the poor seeker into the boxhorn. At this point I would also like to give Master Robert a partial debt, the title of his new homepage “written in basic” is m. E. pretty suboptimal. Since the first name belongs in the title. Maybe we can convince Robert with suitable and creative title suggestions that he will revise his old title. So that he becomes the real, only and actual pioneer in the Google index for his first name Robert .