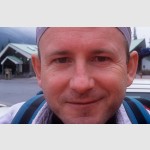 Change email or password
Edit Biography
After much frustration with a sketch pad at age ten Robert picked up a camera, and accompanied his big sister to a nearby stable.

While she attended her horse, he took pictures of the countryside. When the film came back ( in those days you had to wait ) he had a realization he could express himself using a camera.

Robert is captivated by all things in nature.

He enjoys reportage style as well. He says, 'flirting with my subjects without being intrusive', is something he likes to try to do.

He's worked professionally on commercial television sets doing production photography, shot modern dance for the art department at the University of Calgary, and worked in a freelance capacity shooting a variety of subjects.

Rob also worked as a NAUI scuba instructor up to training director level at the University of Calgary from 1993-1999, and is still an avid diver. He never dives without his camera. For the last two years he's been chairman of the Leamington and Warwick BSAC Branch 217. The Telecommunications industry is his mainstay.

What I look for in a Dive Operator:
Understands photographers, and is happy diving the same site more than once ... genally most of the diving we do is shallow, it's nice not to be rushed.