Located 70 miles north of the Dominican Republic lies the Silver Bank.  This 10x20 mile area is  shallow, rarely reaching depths of over 100 feet -- a nondescript body of beautiful Caribbean water. The only distinguishable features are a maze of coral heads that poke out of the water, and the remains of the Polyxeni, a Greek freighter wreck, that now serves as warning to other boats wishing to enter the Bank.  From January to May every year, however, the Silver Bank’s waters come alive with the arrival of the humpback whales. 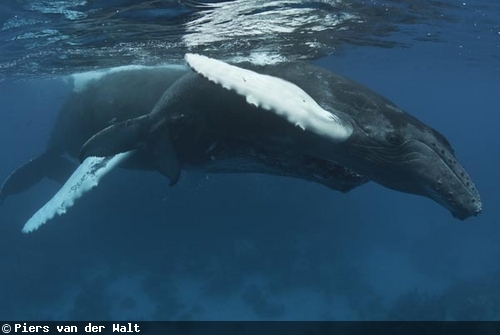 Declared a marine mammal sanctuary in 1996,  The Silver Bank is one of the premier areas in the world to encounter humpbacks. The Banks’ calm and protected waters are an ideal area for mating and giving birth.  The females will raise their calves here until they are strong enough to continue their migration up to the North Eastern Coast of the U.S.

This makes The Silver Bank area one of the only places in the world where you can enjoy humpback encounters in calm, clear, warm water.  Aside from the amazing above water shows, where you can witness these gigantic individuals spy hopping, tail slapping, and making amazing full body breaches, you can also don a mask and snorkel and photograph them underwater as well. 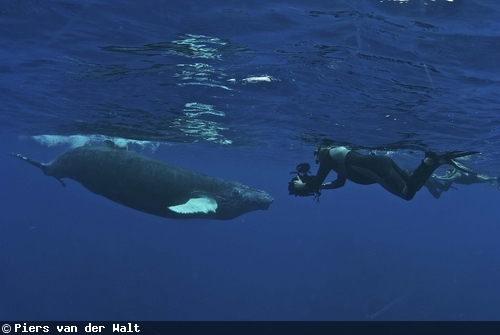 Diving Experience Level: There is no diving, only snorkeling. Moderate swimming may be required.

Photography Experience Level:  If the whales are cooperative and the visibility good -- very easy.

Who to Dive (snorkel) With: 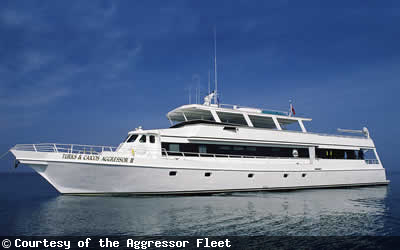 The Silver Bank is only accessible by boat, and only a few boats have permits to enter the sanctuary.  The Turks and Caicos Aggressor II spends January-May in the Bank, offering week long snorkel trips to see the humpback whales. The 150ft luxury yacht has fully air-conditioned staterooms with private bathrooms.  It is well  equipped to handle photographic equipment, with a camera table and dedicated rinse tank.

The Turks and Caicos Aggressor II carries  two chase boats, which are inflatable dinghys with bimini tops, that are used for whale encounters.  You will spend most of the day on the chase boats looking for whales.

Humpback Encounters In the Silver Bank

Humpbacks will be your only photo subjects in the Silver Bank, but they are captivating animals that few photographers will ever bore of.  They are one of the largest species of whales, ranging from about 40-50 feet (12-16m) and weigh around 80,000 pounds (36,000 kg).

Despite their large size, these baleen whales feed on krill and small fish, and only do in the summer while they are in the polar waters.  While in the tropical areas, like the Silver Bank, they fast and live off their fat reserves, focusing on breeding and rearing their calves, before their long migration back to the polar regions.   This makes for several different types of possible encounters: 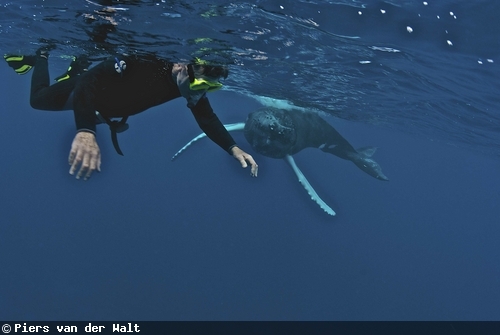 Mother and Calf – This is the most common type of encounter in the Silver Bank. Normally you will wait on the boat until a mother and calf take a rest and then  quietly slip into the water so you don’t disturb them.   The calves can be playful and will sometimes interact with the snorkelers, which is an optimal time for photography.

Mother, Calf and Escort – These encounters not only include the mother and calf, but also a male. The male is referred to as the escort, as he is accompanying the pair for the time being.  Escorts can make a photographers life more difficult, as they may perceive you as competition and try to leave with the mother and calf.

Solitary females – The further you get into the season, the less common it is to encounter a single female, but even without any calf or behavior, they are spectacular subjects.

Valentine – A valentine is the term used to describe the courting ritual between two whales. It’s a delicate, mesmerizing performance that can provide stunning photo opportunities. 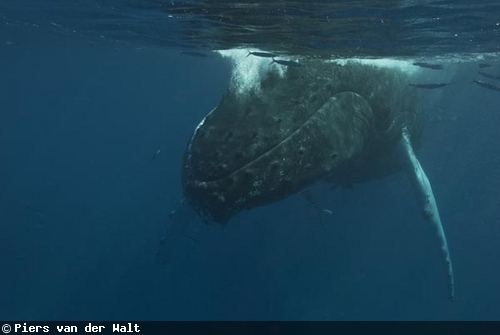 The humpback show in the Silver Bank isn’t limited to below the surface, and there is plenty to see topside as well. In fact, you would hard to pressed to find a better whale watching experience.

Tail and Pec Slapping -  This occurs when the whale brings its tail or pectoral fin out of the water, and,  as the name implies, slaps it hard against the sruface.  They can repeat this act over and over again, which makes it easier to get photographs of the behavior. 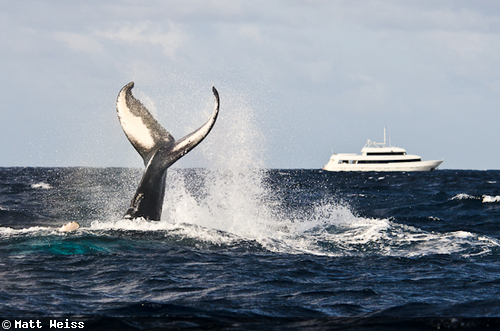 Spy hopping – Spy hopping occurs when the whale pokes its head out of the water, offering a rare opportunity to photograph a humpback’s rostrum from the surface.

Breaching – Breaching occurs when the humpbacks jump out of the water. Watching   a 50 foot animal that weighs nearly 40 tons leap into the air from the ocean is an impressive sight.  A humpback will swim near the surface, build up speed and then quickly jerk upwards and hit the surface like a rocket.  Around 90% of the whale can come out of the water, as it turns its body on a 30 degree angle and lands back down on its side of back. The splash created by a breach is an experience in itself. 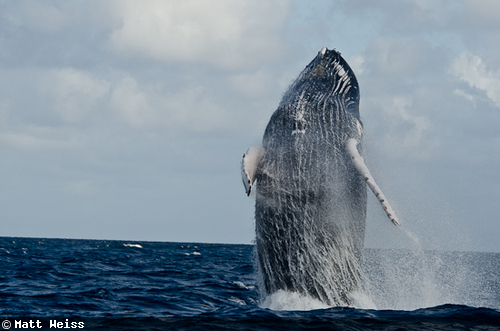 Underwater Photography Equipment For The Humpbacks of the Silver Bank

Photographing large animals in open water actually requires less equipment than reef diving, as you need to only bring what you need for the specific subject. 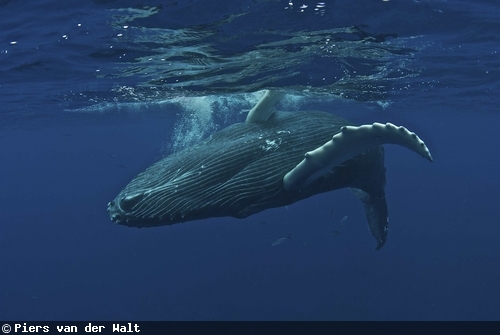 Shooting humpbacks can be difficult, as it requires a great deal of patience and luck. However, if you manage to get the right whale in the right conditions, the results can magical. 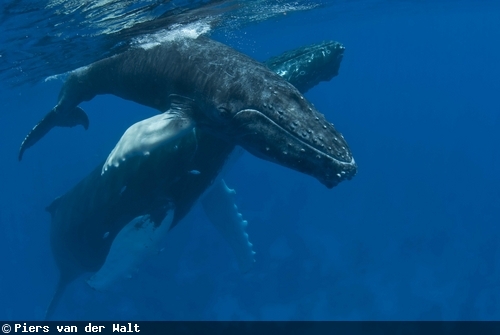 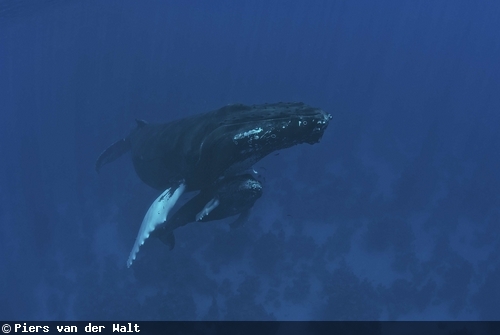 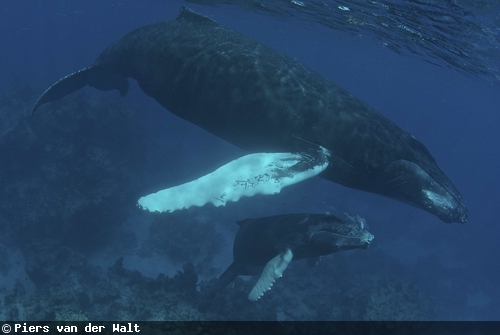 Planning Your Underwater Photography Trip To The Silver Bank

When To Go: January-April.  The humpbacks are around for only the first few months of the year.

How To Get There: Fly into Puerto Plata, Dominican Republic. This international airport has flights to many major cities in the US.

Taxes and Fees:  An arrival and departure tax of $10 is collected. Additionally, there is a whale sanctuary fee of $150 US that must be paid in cash.

Connectivity: There is no connectivity in the Silver Bank, but the Aggressor boat has satellite phone.

Who to Dive With:   The Turks and Caicos Aggressor offers week long trips during the season. Visit www.Aggressor.com for more information. 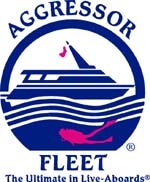