Perched above the idyllic blue waters of the Adriatic Sea, Numana is a small coastal town in the province of Ancona.

The stretch of twenty kilometers of coastline along the Adriatic Sea from Ancona to Numana is called the Conero Riviera, taking the name from the Conero Mountain which is overlooking this area. Famous for the immense beauty of Renaissance architecture and art on land, under the waves this rocky coastline boasts some of the best macro life in Europe. 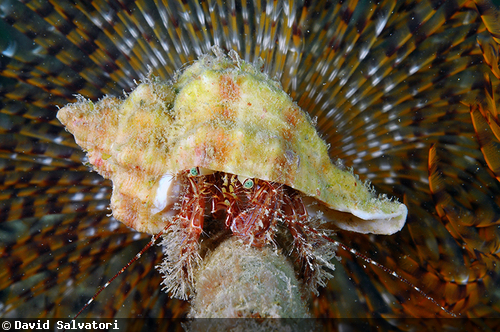 The Biological Diversity of Numana

From the biological point of view then, the sea bottoms of the Conero Riviera represent an extremely fascinating environment. The waters appear dyed green from the richness of phytoplankton, the base of many food chains. The diverse array of macro life is sustained by this great abundance of food coming from the phytoplankton.

The availability of so much food and so little rocky space in a typically sandy sea is an oasis for a large number of species. The large presence of sandy bottoms can guarantee the survival of many species, which are extremely rare in the rest of the Mediterranean Sea, and allows us to observe animals hardly encountered when diving in other areas. 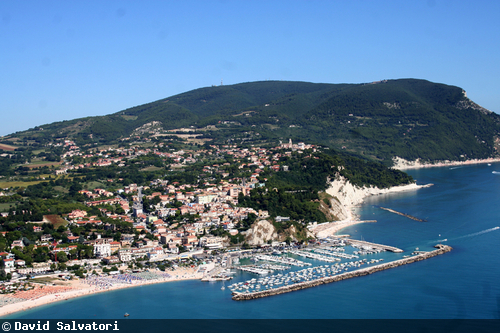 Finally, the strong seasonality (temperature is typically varying from 3 to 28 degrees Celsius) allows also the life of cold seas animals and a huge variation in the fauna between summer and winter (in practice, the same space is inhabited by different organisms at different times of the year).

In addition to the rocky habitat, the wreck of the MY Nicole just two miles off the coast has be come a great attraction for a diversity of life. Sitting at just 35 feet, the wreck is the only solid structure for many miles, thus offering an area of protection and shelter for a variety of critters. 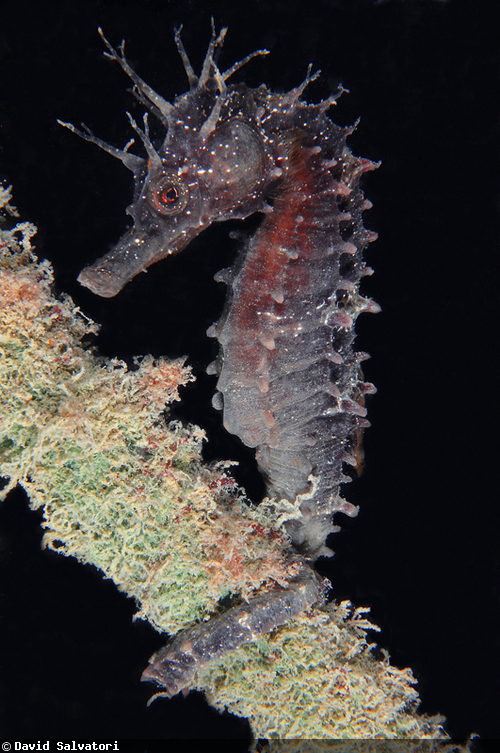 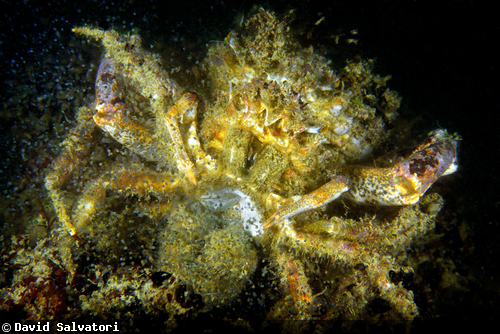 The steep limestone walls of the Conero mountain are the only such habitat in the Adriatic, creating a unparalleled concentration of small organisms requiring a hard survace habitat. Other organisms living on the surrounding sandy bottoms also congregate around the limestone rocks, where macro life blossoms.

The limited available space ensures these organisms are very concentrated, and the walls of the wreck are covered and full of life: spider crab, porter crabs, blue crabs, small gobies, several species of shrimp, and an incredible amount of species of sea slugs battle for living space in a unique ecosystem where hard and soft bottom organisms live together. 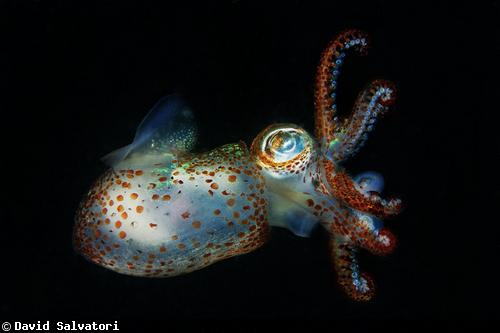 Big fish such as grey mullets, brown meagres and even young amberjacks are sometimes found sheltering and shading under the sheet arches crossing the holds and within the closed areas of the wreck, where bogues and saddled breams are always present. For this reason this wreck is referred to as a FAD (Fish Aggregating Device).

In this article you can see pictures I have taken in only one weekend. They depict very rare and shy subjects or very unusual situations, and the number of subjects taken in so few dives confirms the great biodiversity and uniqueness of this area, whose marine biology recalls very much to us the seas of Philippines or Indonesia. 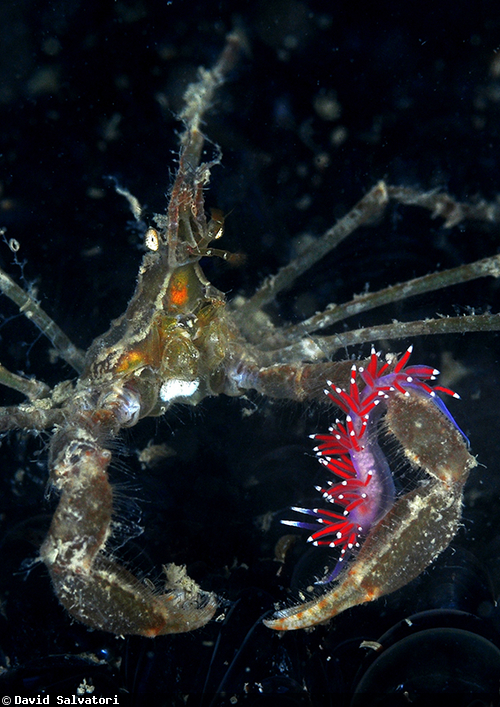 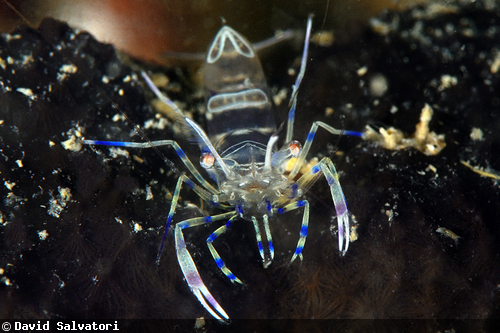 Until a few years ago, Numana was not very well known among divers, because this is an area difficult to appreciate if you are not a fan of marine biology or macro photography nerd.

But the passion of Marco Giuliano, owner of “Centro Sub Monte Conero,” finally began to attract curious underwater photographers to come see what treasures the sea of the Conero holds. Today, more and more people talk about Numana as “the Italian Lembeh”. 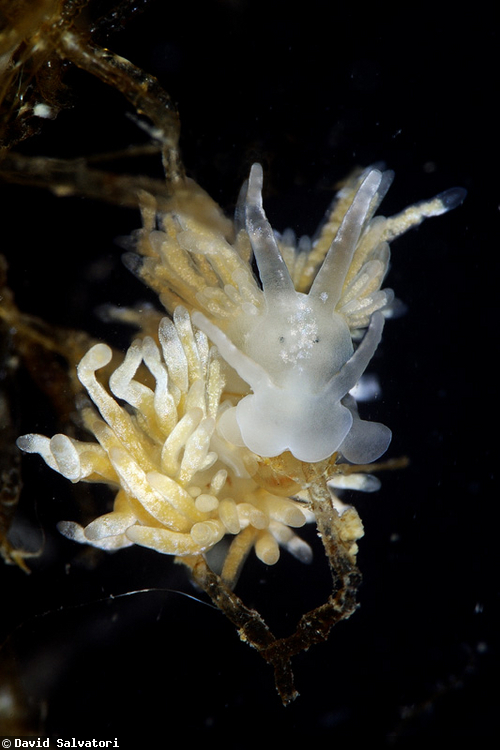 Speaking of muck diving, having a guide knowing perfectly where to find the critters is fundamental. The Centro Sub Monte Conero has a team that knows every inch and critter in the area by memory. The dive center even has a dedicated marine biologist, Federico Betti, author of many books and always helpful and enthusiastic in commenting with guests the critters seen on the last dive.

There’s so many more macro marvels to be discovered in Numana, and I can’t wait to go back to this Italian Lembeh. 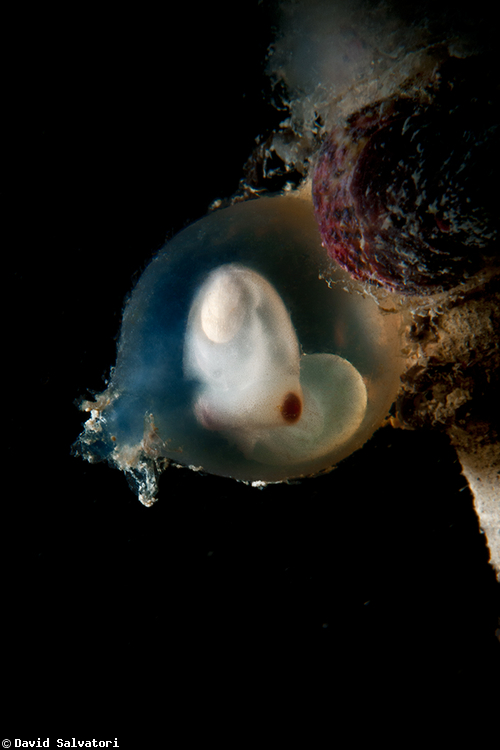 Marco Gargiulo wrote:
Excellent site and Photographer! Bravo David
You must be logged in to comment.
Support Our Sponsors
Advertise With Us
Newsletter
Travel with us