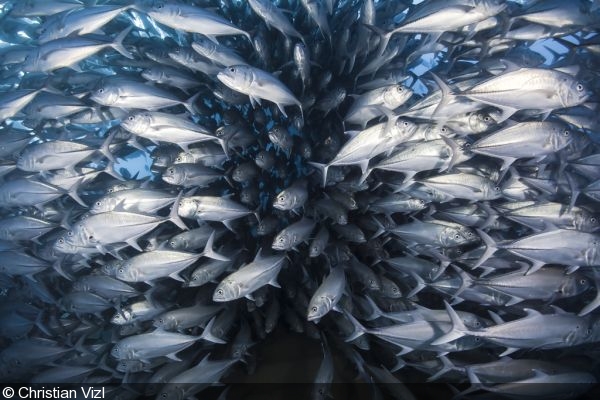 I remember the exact moment I realized I loved Mexico. I was with two of the most talented people I know, wildlife filmmaker Jon Betz and Mexican underwater photographer Christian Vizl. We were driving along the arid coast of Baja, California, in a rented Jeep. After hours of winding along on the same highway, Google Maps told us to veer left. This led us to a big dirt valley with a path that barely resembled a road. We hadn’t seen cars for a while, and since nobody was really navigating, we easily could have gotten lost. 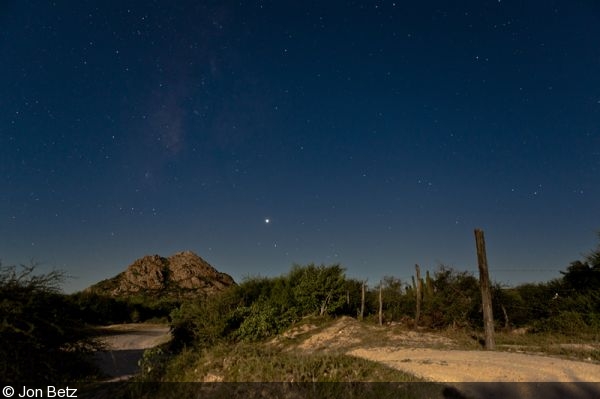 Christian was driving and seemed unphased, only pausing to try and find the best way down the valley and quickly calculating whether we could then get out of it. The New Yorker in me was certain this completely unmarked dirt hole was not the right way to anywhere, but Christian sort of shrugged and suggested we try it. After passing through the ditch and driving a few more miles, with the help of our GPS, it became clear we were on the right route.

Christian smiled and said, “This is why I love Mexico! There are no signs telling you where to go and no warnings that a paved road will end. This would never happen in Europe!” It seems odd to love a place because you have to drive through a pit trap and it’s easy to get lost, but I totally understood what he was saying. It’s hard to articulate, but there’s a vibe about the place and the people that’s carefree, easygoing, and fun. Perhaps it is best described as tranquilo, a common refrain among the Mexicans I knew.

The Solar-Powered Town of Cabo Pulmo

That same tranquilo vibe is what makes the place we were driving to, Cabo Pulmo, so special. Cabo Pulmo is the archetype of a Mexican dive town far away from Tourist-ville. One must drive down unpaved roads, dodge cows, and perhaps cross over pits before getting to the solar-powered village that consists primarily of two main dirt roads, a few dive shops, and some very good, simple restaurants.

At the intersection of the two roads is Cabo Pulmo Watersports, our dive shop of choice. The operation is owned and run by Ricardo Castro, a short and sturdy local with a friendly, bearded face. Ricardo, the grandson of the area’s first pearl diver, speaks perfect English and has been exploring Cabo Pulmo’s waters for 19 years. He and his staff exude competence and expertise—a welcome sign in such a remote place. 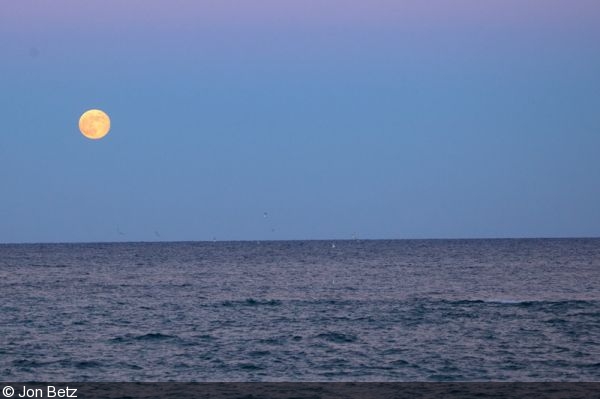 About 200 steps from the dive shop are a few cabanas owned by Cabo Pulmo Eco Adventures (website in progress). Fitting picturesquely with the rest of the town, the cabanas are simple and quaint, yet charming and comfortable. My cabana, simply known as Juan #4 (appropriately named for its knowledgeable proprietor), was built from traditional adobe and stone. There is no air conditioning, but the cool stone and simple desk fan kept me comfortable during my stay.

A major concern for underwater photographers will be electricity, or lack thereof. Generators do exist, but the town is primarily powered by solar energy, which at night is easily consumed by camera and computer charging. If you are careful to charge most of your equipment during the day, it shouldn’t be an issue. We had more gear than most, since we were filming and photographing, and only drained the electricity once. 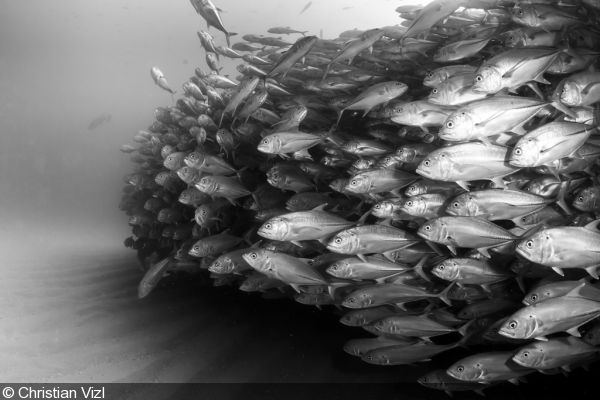 There’s Something Fishy About Cabo Pulmo

“The complexity of the life pattern on Pulmo Reef was even greater than at Cabo San Lucas. Clinging to the coral, growing on it, burrowing into it, was a teeming fauna. Every piece of the soft material broken off, skittered and pulsed with life, little crabs and worms and snails. One small piece of coral might conceal 30 or 40 species, and the colors on the reef were electric.” —John Steinbeck in The Log from the Sea of Cortez

John Steinbeck was amazed by the life on Pulmo Reef, leading him to write his book The Log from the Sea of Cortez in 1951 (essential reading for underwater photographers visiting the area). The Mexican government agreed with Mr. Steinbeck’s assessment and declared it a Marine National Park in 1995. 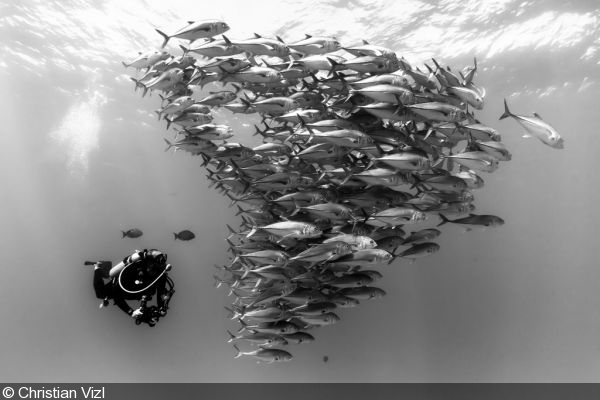 By my very unscientific assessment, the park seems to be doing its job of protecting the ocean life. While the reefs might not astonish the well-traveled underwater photographer who frequents the Indo-Pacific, they are healthy and colorful by this hemisphere’s standards. And while Steinbeck was intrigued by the hidden life among the coral, underwater photographers will want to take along wide-angle lenses—the widest they have. 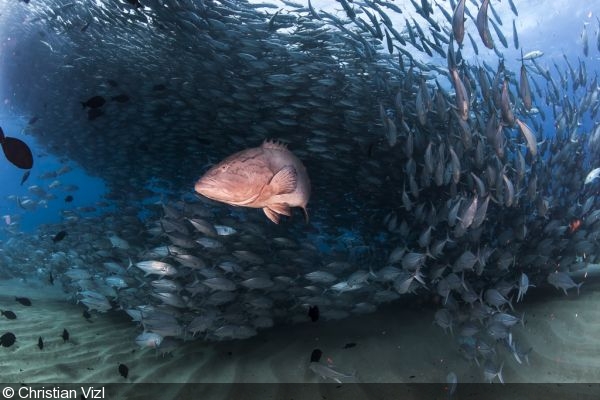 The fish life in Cabo Pulmo is exceptional. Even spoiled divers used to the Indo-Pacific will be completely dazzled. Drifting around the reefs or on the remnants of wrecks, one will find schools of thousands of grunts and snapper forming walls in mesmerizing shapes. A mild current is present in many dives, so while you cruise in one direction, it’s common to come across schools of Pacific creoles, African pampanos, and Panamic porkfish swimming in another, creating a fishy turnpike. Even pufferfish school up in Cabo Pulmo, and pufferfish are impossible to dislike. 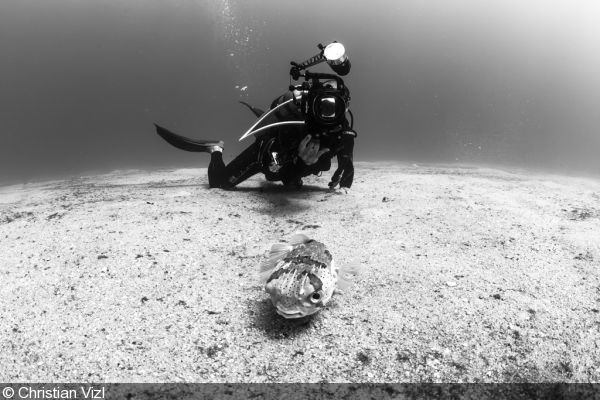 Breaking up the schools of fish are large, photographic groupers. Some are quite large; with the help of the forced perspective of a close focus fisheye lens, they look like giants. Stingrays, if you’re patient and calm, allow for close approaches. 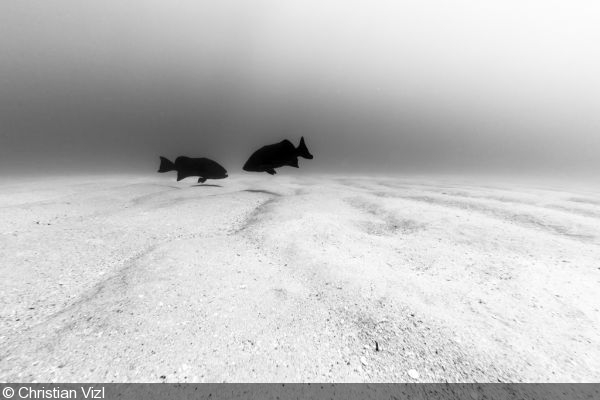 The real stars of Cabo Pulmo are the schools of jacks, the magnitude of which it’s hard to comprehend. They dwarf the other jack schools I’ve seen around the world. Sipadan and Galapagos have nothing on these guys. Like all jacks, they circle slowly and orderly, but the reflections of their shiny scales coupled with the enormous school size is almost disorienting. It’s calming and chaotic all at once, a lot like Mexico itself. 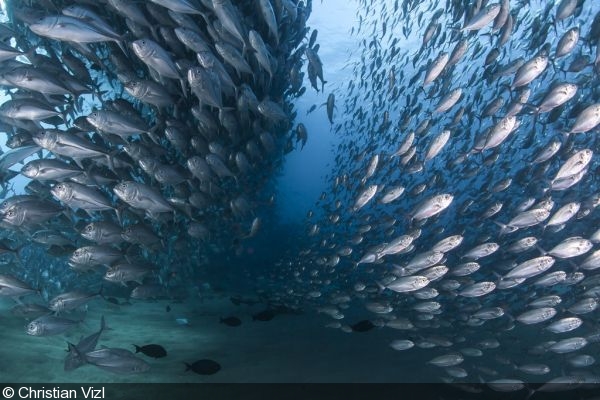 The schools of jacks are relatively unperturbed by divers and will, for the most part, allow you to spend your bottom time photographing them from any angle. The warm, clear water means the foremost concern is to keep an eye on your depth, as it can be easy to yo-yo up and down in the water column without realizing it. 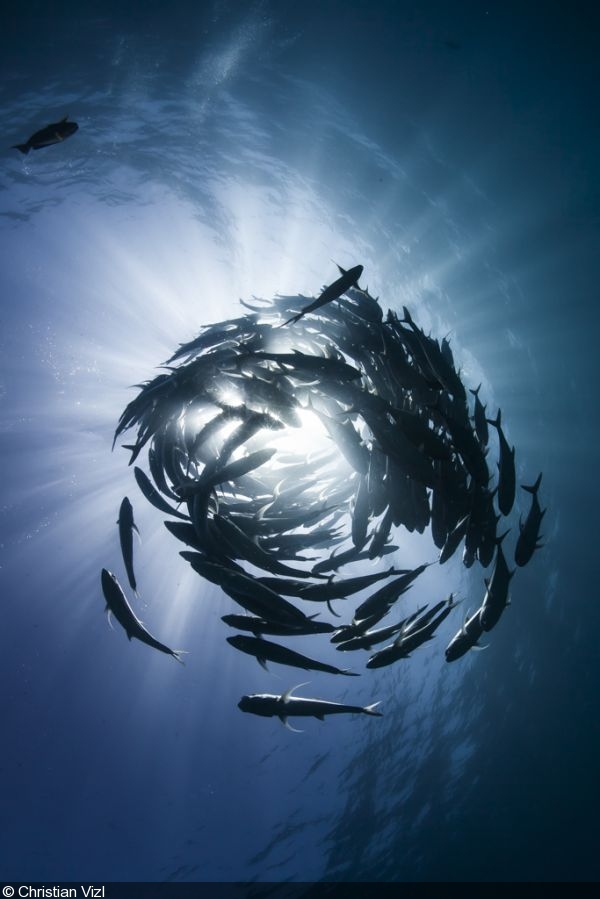 Being a journalist and trip leader, I’d like to think I’ve been to some of the best dive destinations in the world and observed some of the most amazing subjects. The school of jacks in the Cabo Pulmo National Marine Park is up there as one of the most remarkable sights I have seen underwater. They alone are a reason to make the trip.

Cabo Pulmo’s school of jacks will blow your mind, but the friendly people and charming town will steal your heart. It’s out of the way and can be tricky to find, but that’s all part of the fun. Cabo Pulmo is unquestionably one of diving’s best kept secrets. 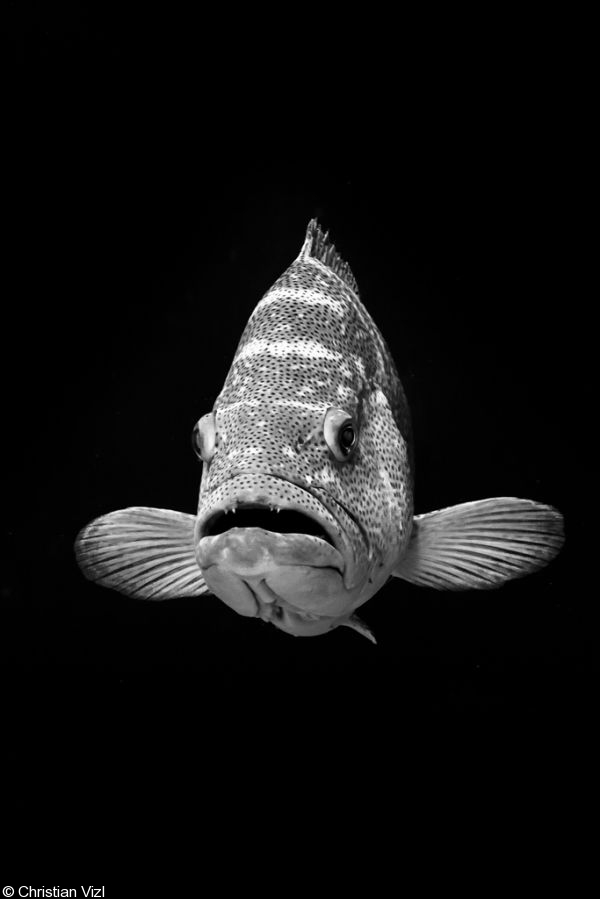 Cabo Pulmo Watersports can arrange anything from simple bungalows to multi-bedroom houses. The bungalows operated by Juan are a convenient distance to the dive shop and have local charm.

Diving in Cabo Pulmo is good all year round.