In 2010, I was awarded “Best of Show” at the Our World Underwater Photo competition  for my split image of a bluebottle floating over a corrugated seafloor at sunset. My prize was a 9-day liveaboard adventure aboard the Solmar V bound for the Revillagigedos Archipelago - a prize that offered up plenty of photographic opportunities.

Cruising the Revillagigedos with Solmar V

Dive travel has its trends of what’s hot and what’s not. The ‘coolest’ places are often the most recently discovered, such as the manta vortex that is Hanifaru Bay and the fish feeding whale sharks of West Papua. Other places however, have been on the radar for considerable time, but continue to draw travellers back due to their consistent photographic opportunities. 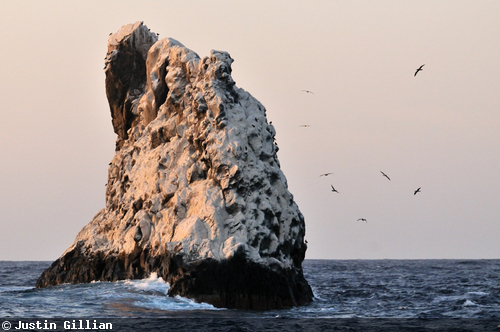 Located 250 miles south of the tip of the Baja Peninsula, the Revillagigedos Islands fall into the later category. Consisting of four islands - San Benedicto, Socorro, Roca Partida, and Clarion - the archipelago is surrounded by wild and remote waters that offer dramatic and unpredictable encounters with a wide-angle punch.

One pleasing aspect of the Solmar V itinerary is that it’s flexible. The skipper and crew are intent on providing the best possible marine encounters for their guests, and work hard to locate the action and stay with it, often remaining the whole day at a single location.

Prior to this trip, I had never really had much luck photographing manta rays. Despite spending considerable time at manta ‘hotspots’ on the Great Barrier Reef and Mozambique, these winged behemoths had eluded me to the point I was beginning to think I had an anti-manta disease. 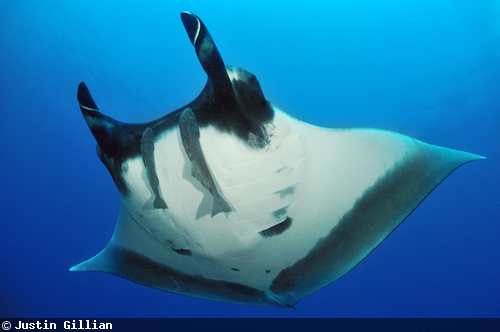 The Revillagigedos hold the cure for any such ailment. We experienced groups of three to six giant Pacific manta rays on most dives at San Benedicto, and Socorro Islands. The gentle giants would pause above divers to relish the tickling sensation of our exhaust bubbles. Others would swoop down over the rocky substrate to allow diligent and brightly coloured clarion angelfish nip away their parasites and scar tissue. 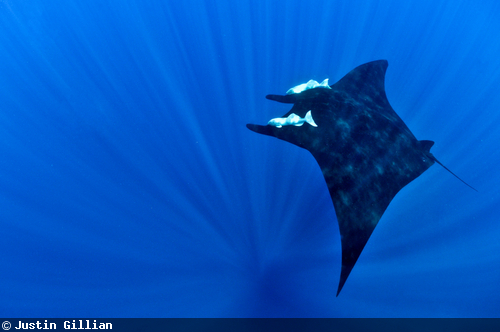 To optimize our encounters with the mantas, we were advised not to actively purse them, but to wait and allow them to initiate the approach. The less we moved, the closer the mantas would come. Putting this philosophy into practice, it was possible to photograph mantas from above, below, with a diver, with a sun burst, or with sun rays - the Revillagigedos is literally a manta studio.

But this destination offers so much more than mantas. During a surface interval at Socorro the call came out from the dive deck that a pod of bottlenose dolphins was off the stern. Accustomed to people, the dolphins playfully interacted with us – we were their uncoordinated swimming companions - for over an hour. Even after we entered the water on scuba the dolphins stayed with the group offering some exciting photo opportunities. 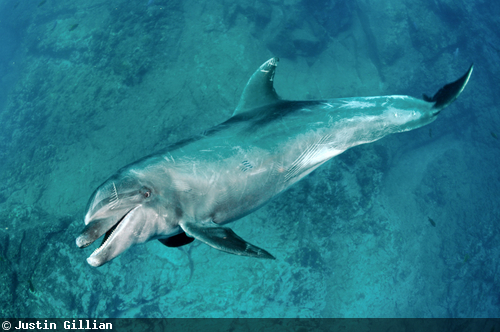 The smallest island in the archipelago stands like a rocky beacon that rises 115 ft above the sea surface. But what this stony pillar lacks in appeal above the surface, certainly make up for it below. Roca Partida is home to groups of sleepy whitetip reef sharks who take shelter in shallow caverns etched into the pinnacle wall. Meanwhile, schools of hammerheads, Galapagos whalers, silky sharks and the occasional whale shark patrol the blue. 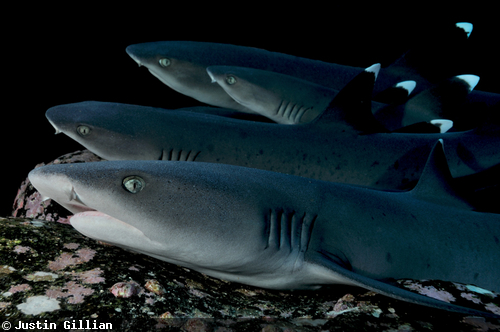 Depending on the current, we sometimes opted to circumnavigate the pinnacle in a single dive, while other times we waited in an exposed location and simply watched the show unfold.

It was at this location that a group of lucky divers had a special encounter with a mother and calf humpback earlier this year. The whales are common between January and March, and were regularly observed from the deck breaching, or taking a breath before diving into the depths. Even during our trip a few lucky divers surfaced with a yelp of excitement due to a close encounter with the curious whales. 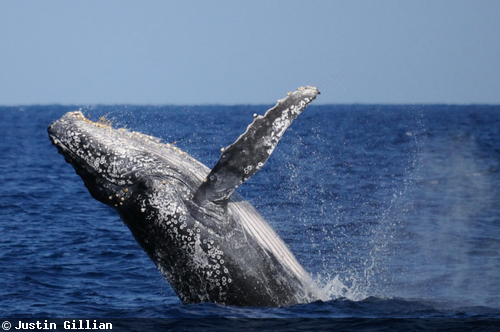 Catherine Jones wrote:
This is a trip that i really really want to do! I love whales and would be wonderful to see some!
You must be logged in to comment.
Support Our Sponsors
Advertise With Us
Newsletter
Travel with us