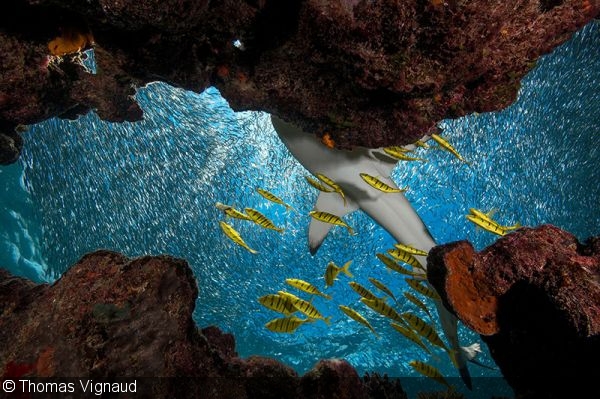 Having lived on a sailboat as a child, this week’s featured photographer Thomas Vignaud spent most of his time snorkeling or fishing, and encountered his first shark in the water when he was only eight years old. Being so young, he was fortunate to have not been influenced by the media and their portrayal of sharks as dangerous man-eaters, and instead thought they were one of the most beautiful and graceful things he had ever seen.

This instant attraction eventually led Thomas to study for a PhD on sharks while simultaneously training to become a dive instructor and commercial diver. After earning his doctorate, he traveled to Fiji and spent months establishing the Awakening Shark Dive at the Barefoot Kuata Resort. From scratch, he managed to set up a successful shark ecotourism company, and it is now possible to safely encounter bull sharks and other species in a sustainable way in the Yasawa Islands.

I had the pleasure of diving with Thomas and his sharks in 2016, and completely agree with his belief that shark tourism can be good for sharks, the environment, and for the local communities where the activity takes place.

Having spent so many hours in the water with the same individuals, it is unsurprising that Thomas’ portfolio contains plenty of great shark photos, but as you can see below, he has captured stellar images of many other types of marine life, too. His selection contains both excellent macro and wide-angle shots, as well as an obligatory shark selfie, and continues our recent theme of featuring scientists and experts on marine life who also take excellent underwater photographs.

In July this year, Thomas will conduct a liveaboard trip in the Philippines in association with Seadoors, where guests can dive with thresher sharks and other species while also attending informative shark seminars. As a team member of the Serenity Project, he hopes to continue to make positive changes and contribute to shark conservation in the future. 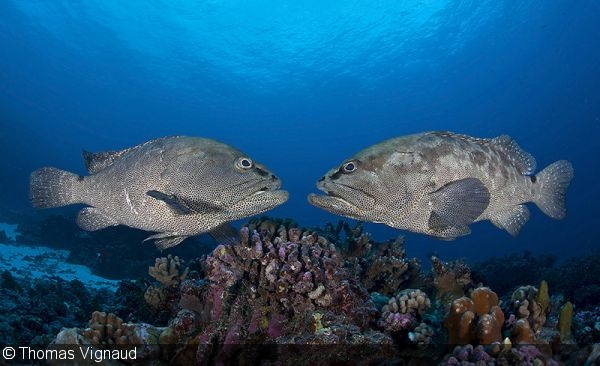 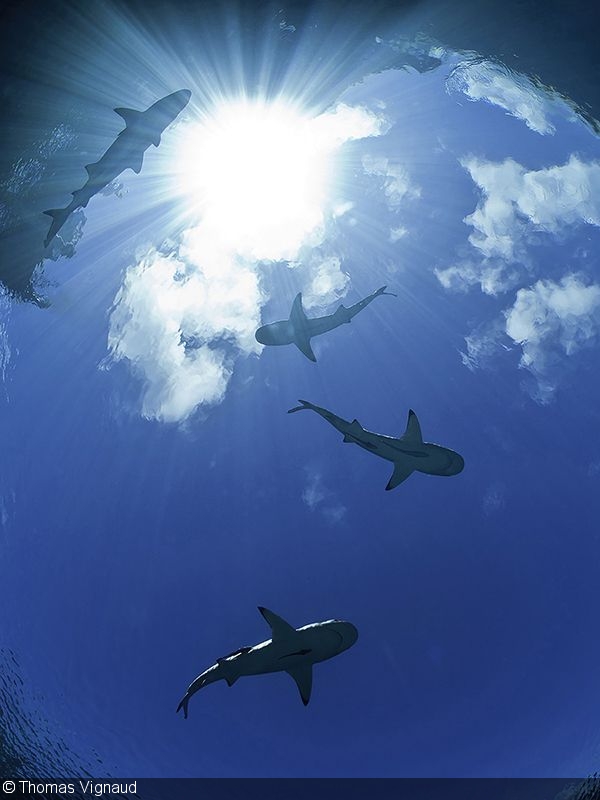 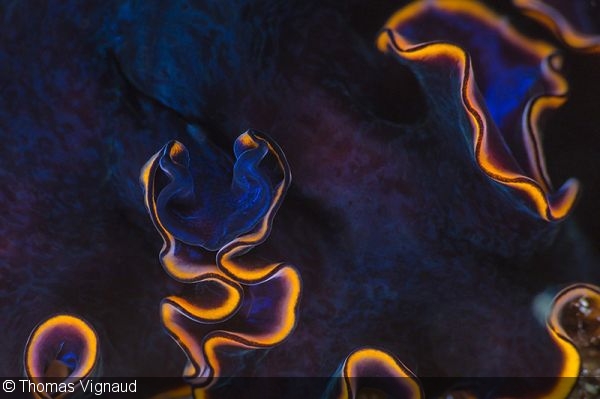 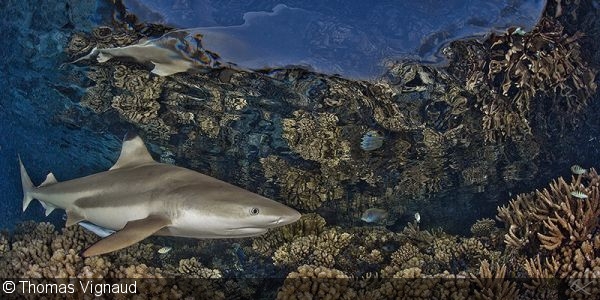 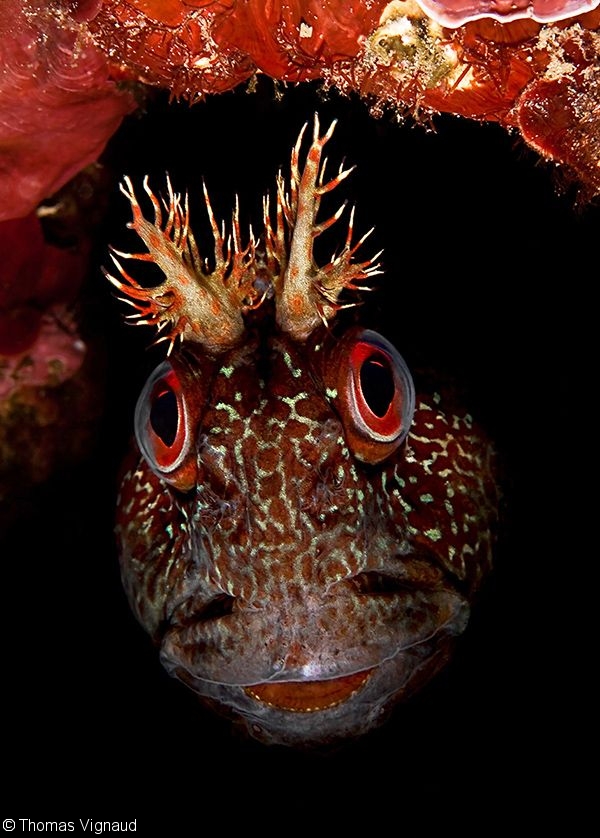 Thomas received more bites from this blenny than he ever did from sharks! 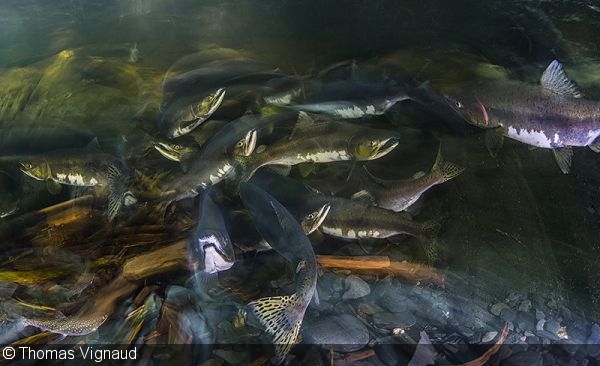 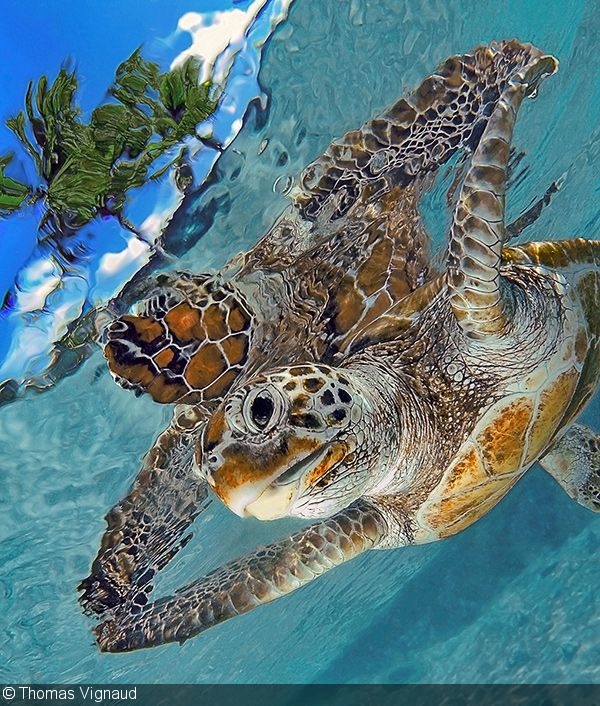 This green turtle and his reflection won top prize in the International Underwater Festival, Antibes, 2008 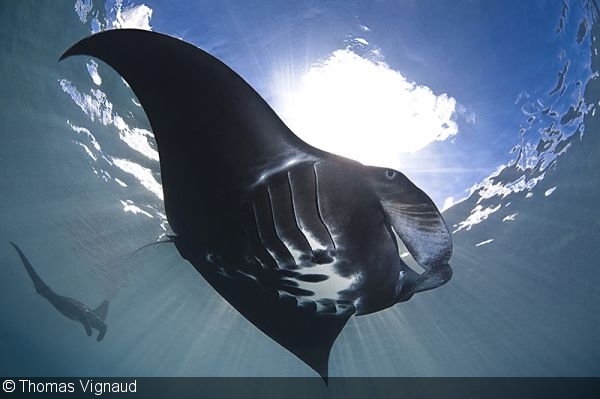 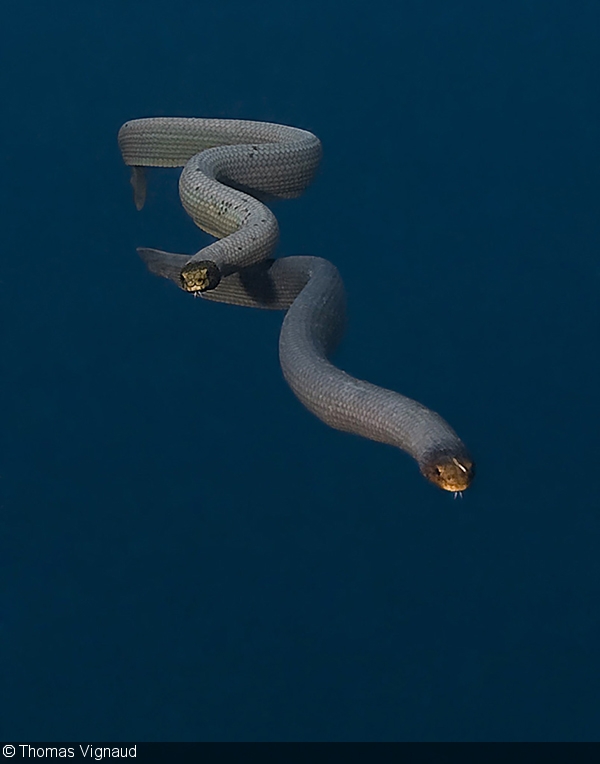 Getting chased by sea snakes at Chesterfield Reef, New Caledonia 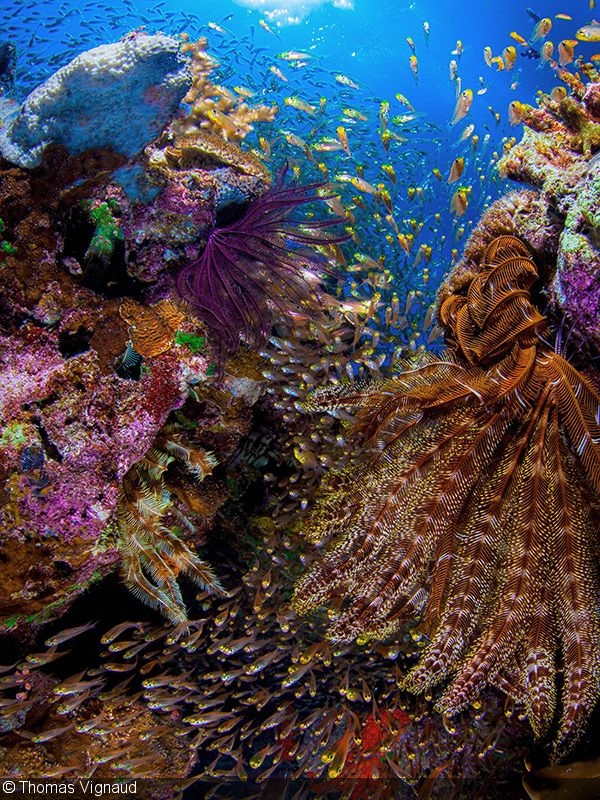 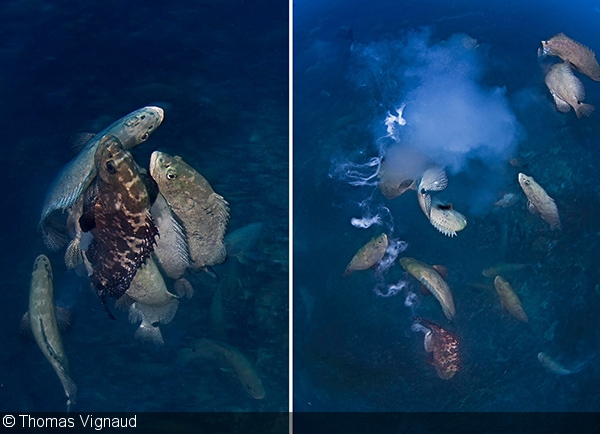 An action sequence of grouper spawning in Fakavara, French Polynesia 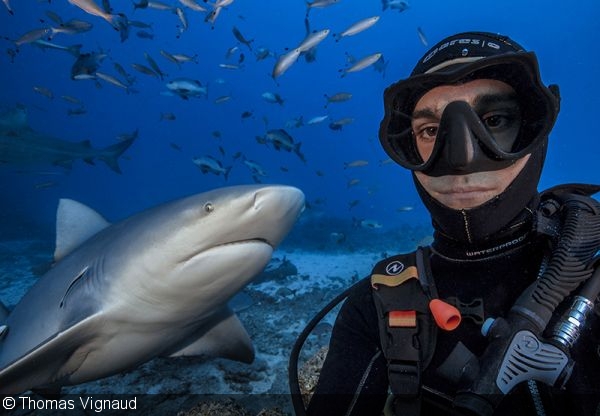 Dario Cochery wrote:
Cool !
You must be logged in to comment.
Support Our Sponsors
Advertise With Us
Newsletter
Travel with us