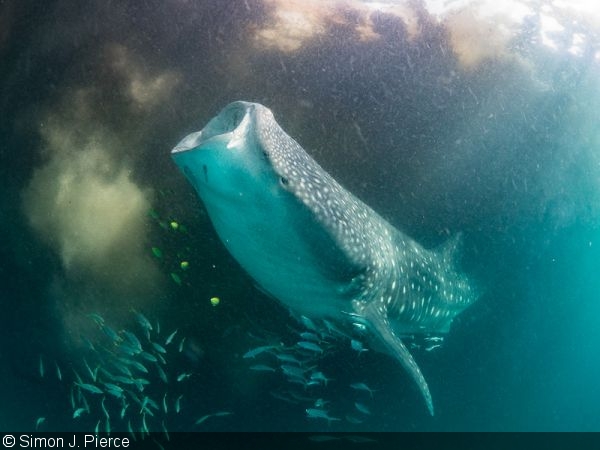 A whale shark feeding on shrimp at the edge of a mat of Trichodesmium cyanobacteria at Mafia Island, Tanzania

It’s not every day that you see a portfolio of work featuring three superbly executed shots of whale sharks from three completely different locations—Mexico, Tanzania, and the Galápagos. After all, the majority of us consider ourselves lucky if we have just one awesome record of an encounter with the planet’s biggest fish. But the photographer behind this impressive portfolio isn’t your average shooter: Photographer of the Week Dr. Simon Pierce also happens to be a co-founder (with Dr. Andrea Marshall) of the Marine Megafauna Foundation and heads up its global whale shark research and conservation program.

As such, you’ll have a hard time finding anyone who has done as much for whale sharks as this Kiwi marine conservation biologist. As well as leading the team of scientists that identified the species’ “Endangered” status on the IUCN Red List in 2016, Simon was the principal scientist behind the technical proposal that resulted in close to global protection for whale sharks through their 2017 listing on Appendix I of the UNEP Convention on Migratory Species—reserved for those migratory species threatened with extinction.

Perhaps unsurprisingly, along the way, Simon has become an accomplished marine wildlife photographer and videographer whose work has been widely published by media such as National Geographic, Discovery Channel, Animal Planet, and BBC Wildlife, not to mention a long list of conservation groups, research organisations and government bodies. So when you finally have the chance to get up close to a whale shark on a future dive trip, you’ve probably got Dr. Pierce to thank for the opportunity—and you may also just want to get some inspiration for how to shoot your image from this talented photographer. 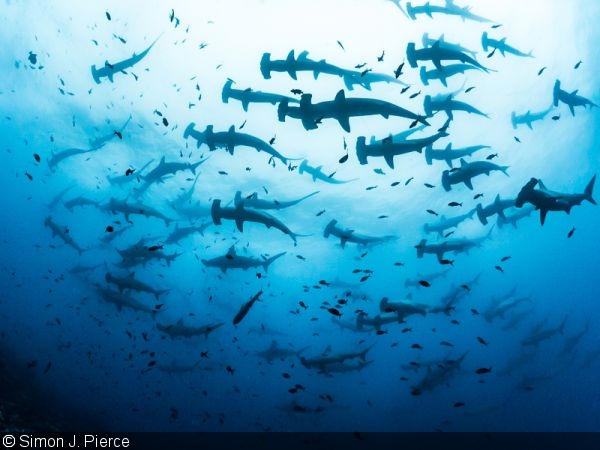 A school of scalloped hammerhead sharks at Darwin Island, Galápagos 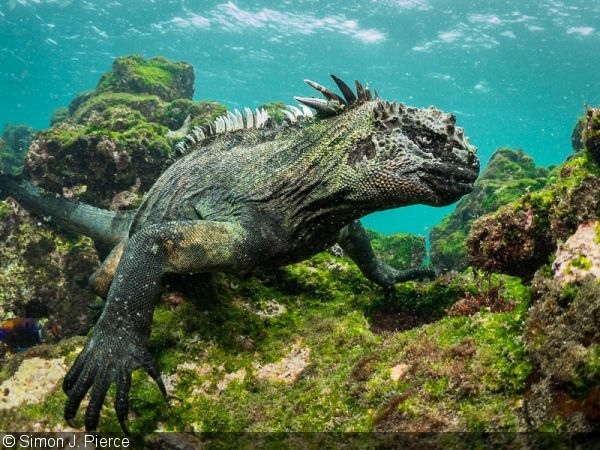 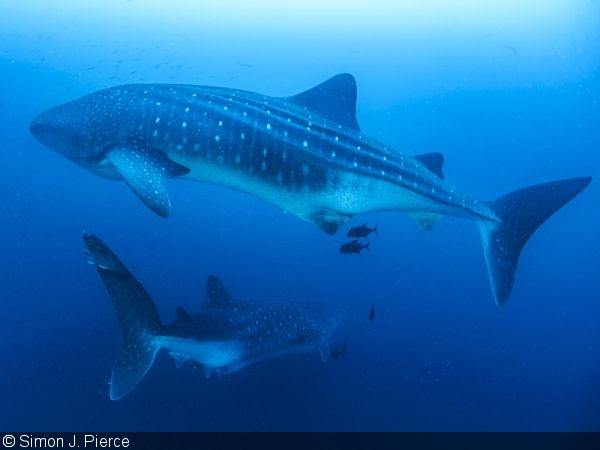 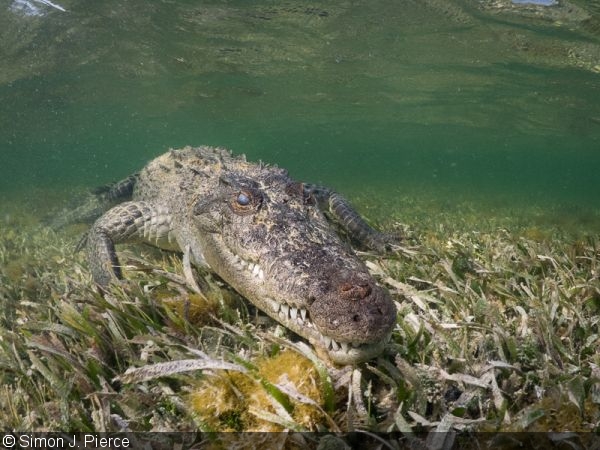 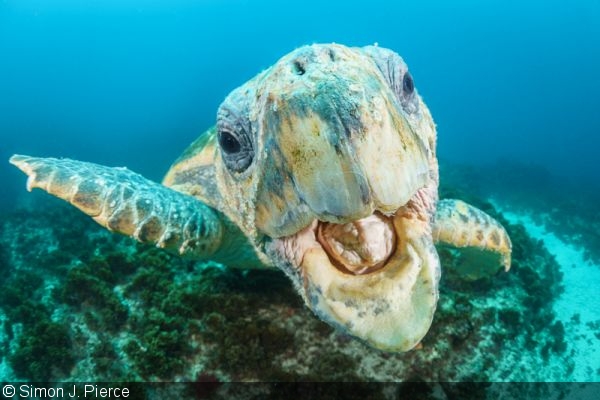 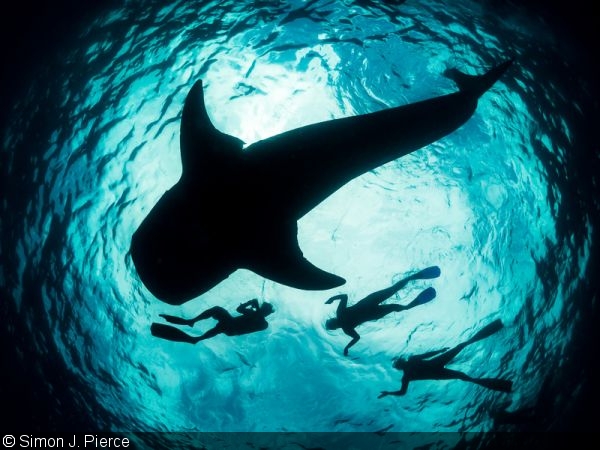 Swimmers and a whale shark at Isla Mujeres, Mexico 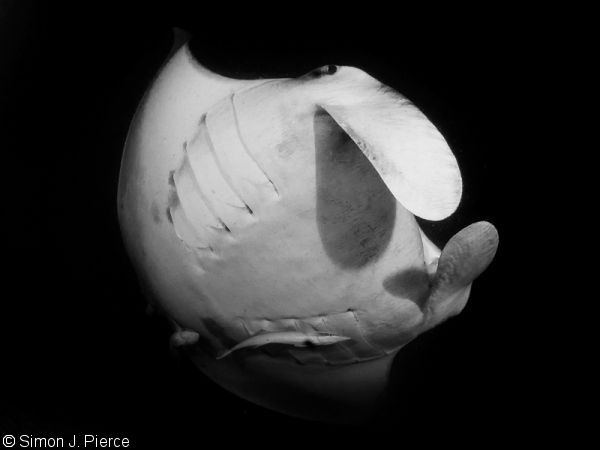 A reef manta ray feeding at night in the Maldives 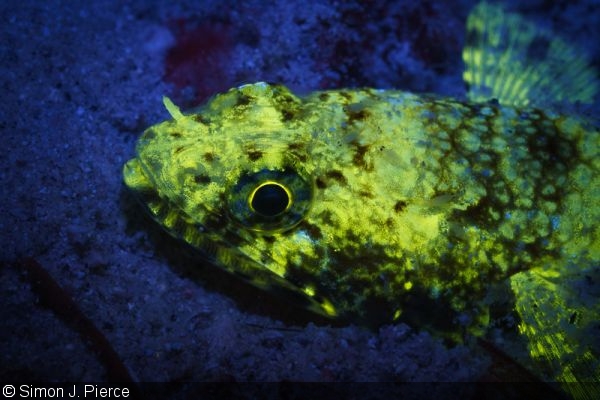 A lizardfish fluorescing under blue light at Mafia Island, Tanzania 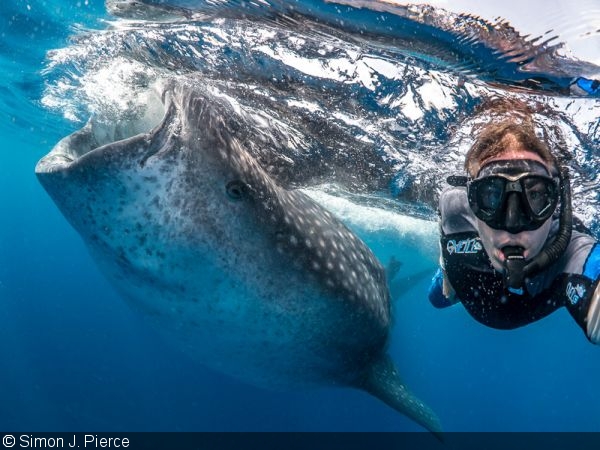 Simon snaps a quick selfie—with a whale shark, of course

Check out more of Simon’s stunning images on his website, www.simonjpierce.com, or by following him on Instagram.

Brunette Fray wrote:
Great pictures !
You must be logged in to comment.
Support Our Sponsors
Advertise With Us
Newsletter
Travel with us