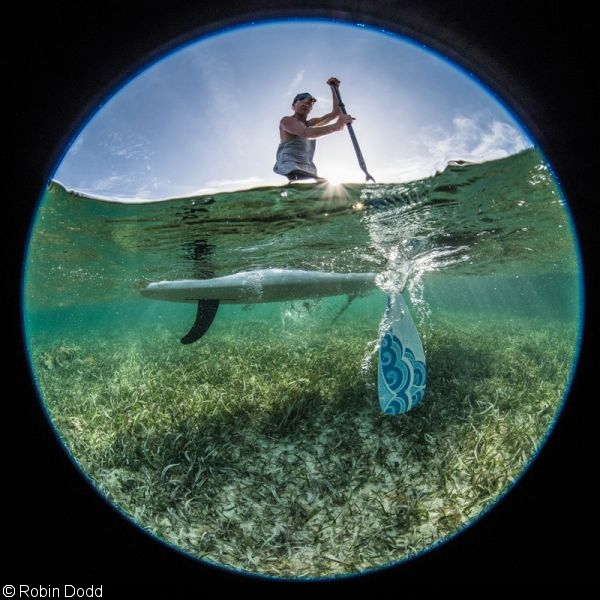 Certain things intimidate underwater photographers. Poor visibility? Uh oh. Deep dives? Umm. Cold water? Ah, I seem to have misplaced by drysuit… But there is perhaps no greater source of stress than when you have to fix a piece of your photo gear on the fly. Not for Photographer of the Week Robin Dodd.

A true jack-of-all-trades at Backscatter, Robin has spent much of his four-year tenure as the retailer’s Service and Repairs Manager tip-toeing through the inner workings of pretty much every camera and housing produced in the last three decades. Now as Backscatter's Media Producer, you’re likely to recognize Robin from the company’s review and tutorial videos.

As it turns out, you can only spend so much time around awesome underwater photo gear before giving into temptation. Four years ago, Robin began diving and producing some darned great images of his own. But the buttons and knobs, levers, and latches will always be his favorite fascination. “Don’t get me wrong, the image-making and storytelling is what makes our world go round,” says Robin. “But I just love getting hands-on with the newest camera, housing, strobe, light, or whatever gadget is fresh and interesting.” 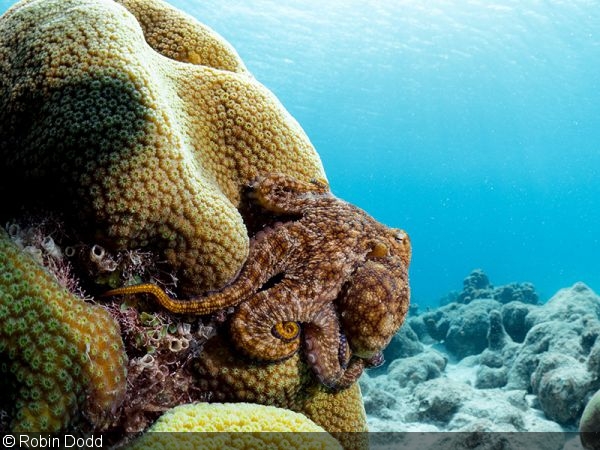 Robin almost swam right over this guy because he was so well camouflaged, but then once discovered, the octopus decided to pose as a model 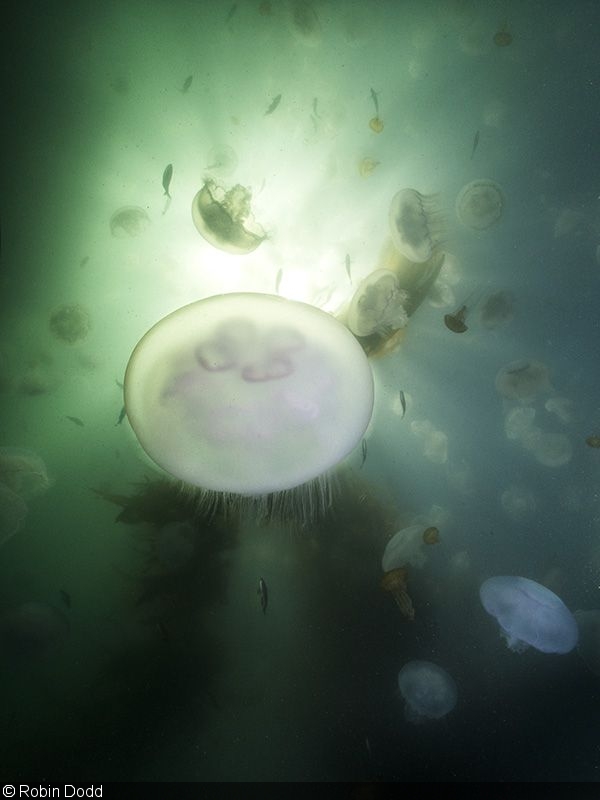 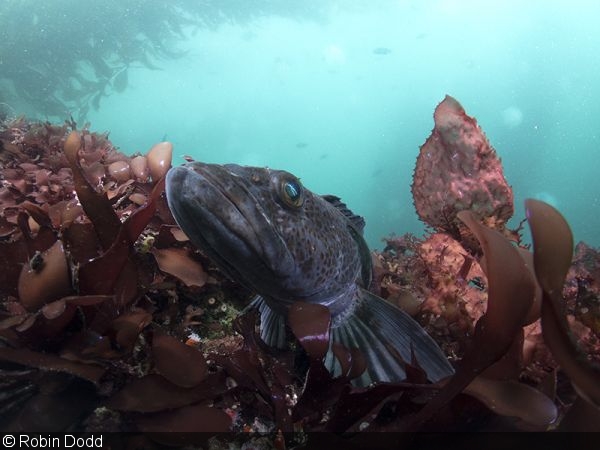 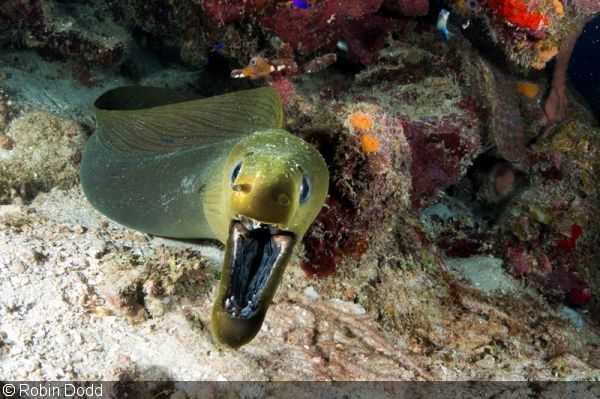 Up close and personal with a resident moray of Roatán. This was a great dive to have a compact camera instead of a DSLR, as it allowed Robin to get down into this guy’s alcove for a close portrait 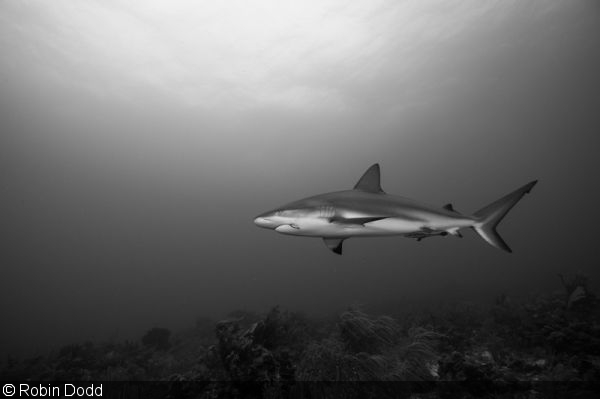 Prehistoric perfection. If it ain’t broke, don’t fix it 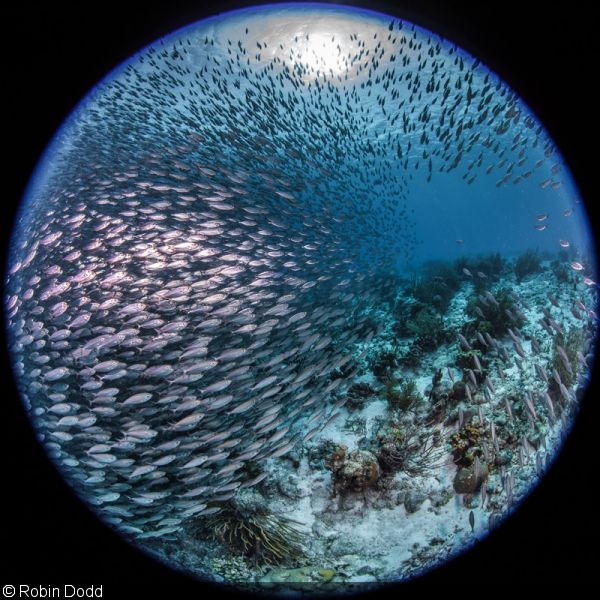 Engaging the hyperdrive and making the jump to light speed with a baitball in Bonaire. Robin loves shooting in 8mm fisheye on a full-frame camera for the circular shots, especially when the scene tells a story or captures some cool action 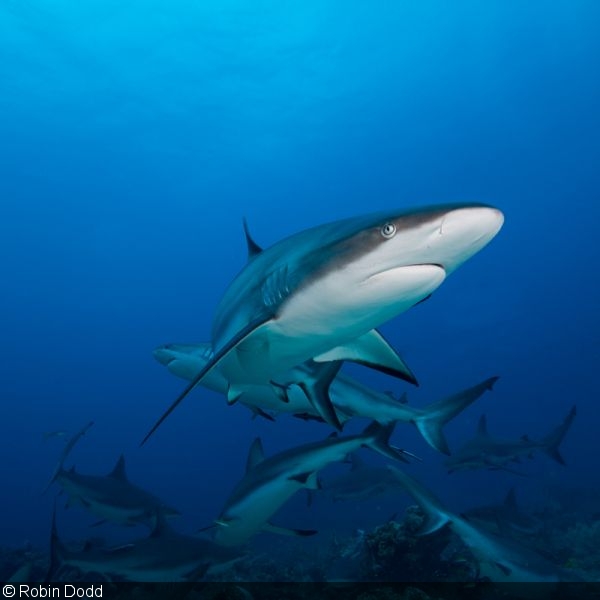 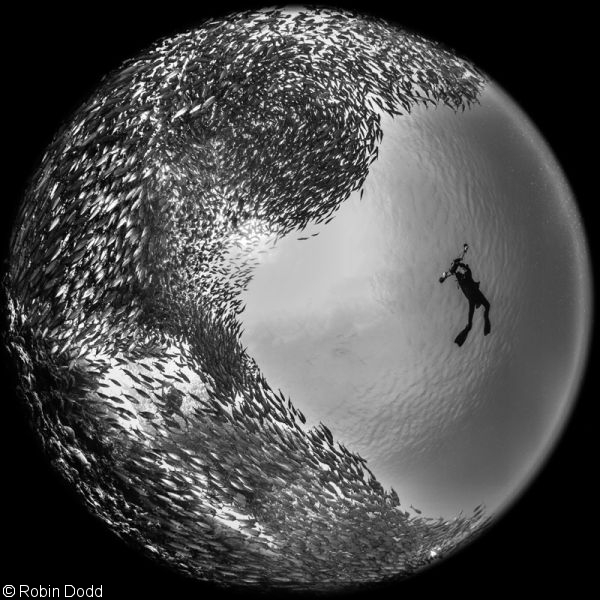 Robin’s favorite shot to date as captured in Bonaire during the Digital Shootout. He loves the balance and the idea of a “wide-angle heaven” that comes to mind 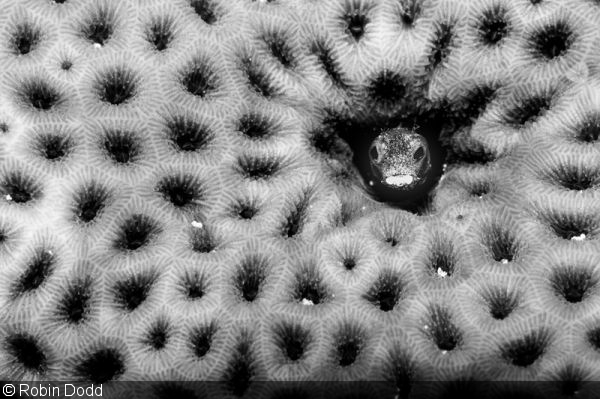 Robin prefers shooting wide angle over macro any day, but when he does get in the macro mood, it’s all about texture and background 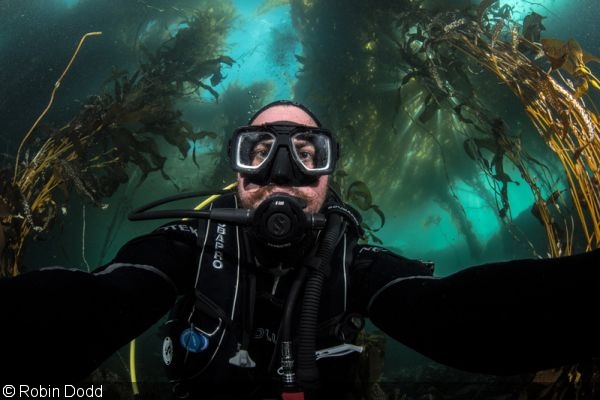 Kelp forest selfie: Robin grew up on the Monterey Bay, so the kelp forest always feels like home