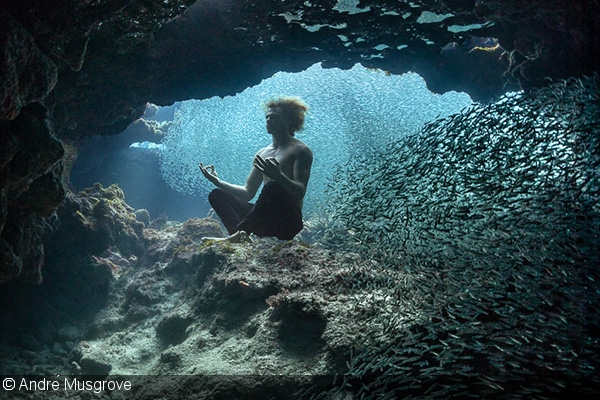 André Musgrove is a lot of ocean in many little ways. He is not only a scuba diving instructor, but also a top-notch freediver. And what’s the point of going into the ocean if not with a camera? André is equal parts underwater photographer and cinematographer. Any spare time is spent at sea (of course) coordinating underwater model shoots, spearfishing, and taking part in conservation efforts.

Born and raised in the Bahamas, where he is still based, this multitalented waterman is consumed by the ocean—and he “wouldn’t have it any other way.” This passion obsession seethes from his images. It seems like there is no normal image for André: Some are pure examples of wildlife photojournalism, while others are clearly in the fashion realm, and many blur the lines between these two styles.

André’s credits include contributions to the World Wildlife Fund (WWF), Good Morning America, Nickelodeon, and The Nature Conservancy. You may also have seen his photos on platforms such as Buzzfeed, Sport Diver, and this year’s Underwater Photographer of the Year contest. 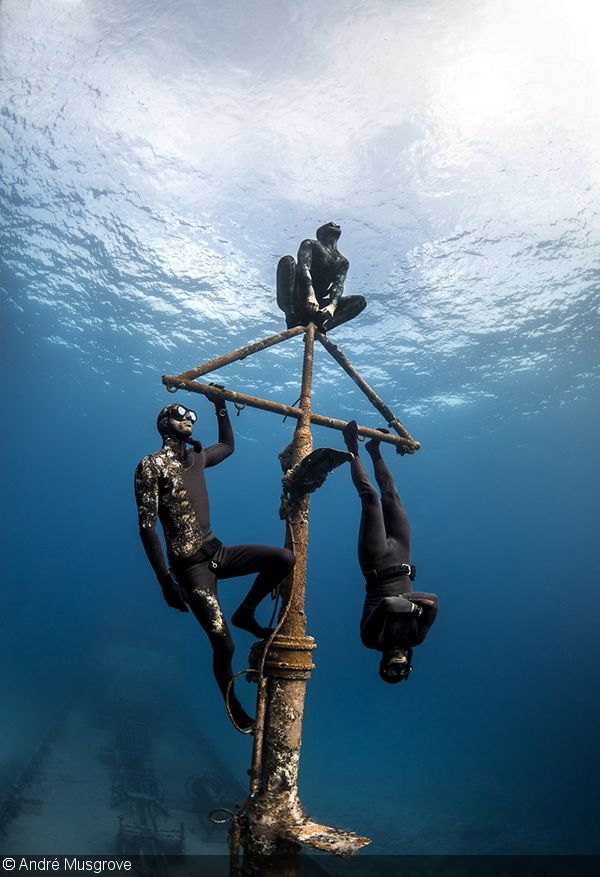 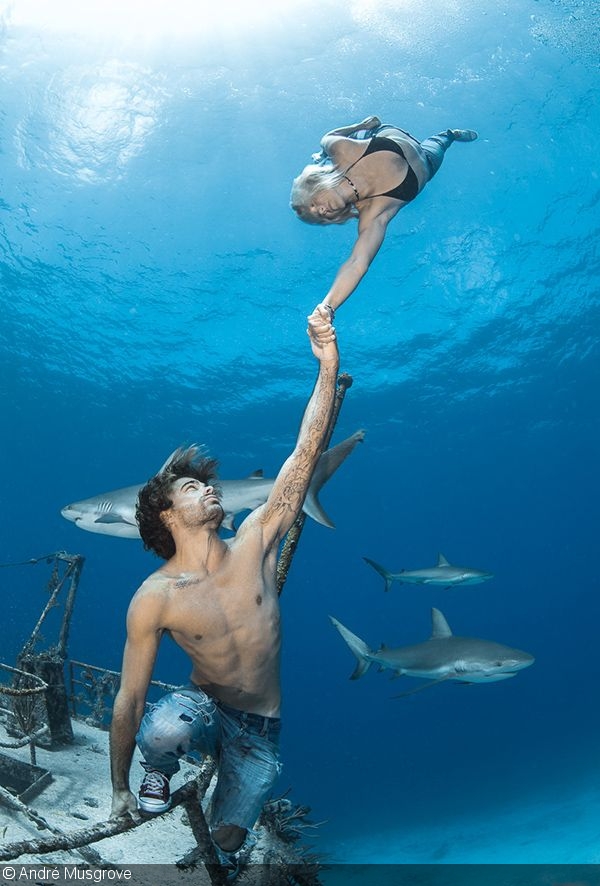 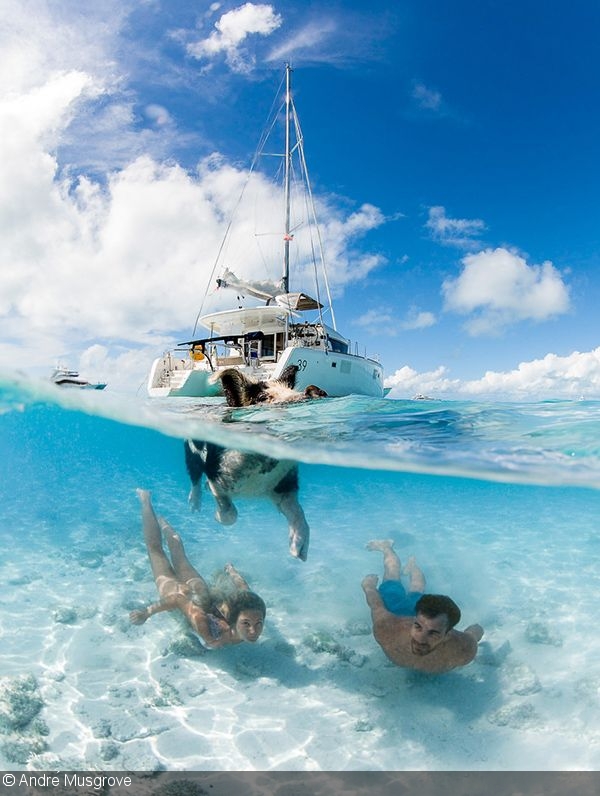 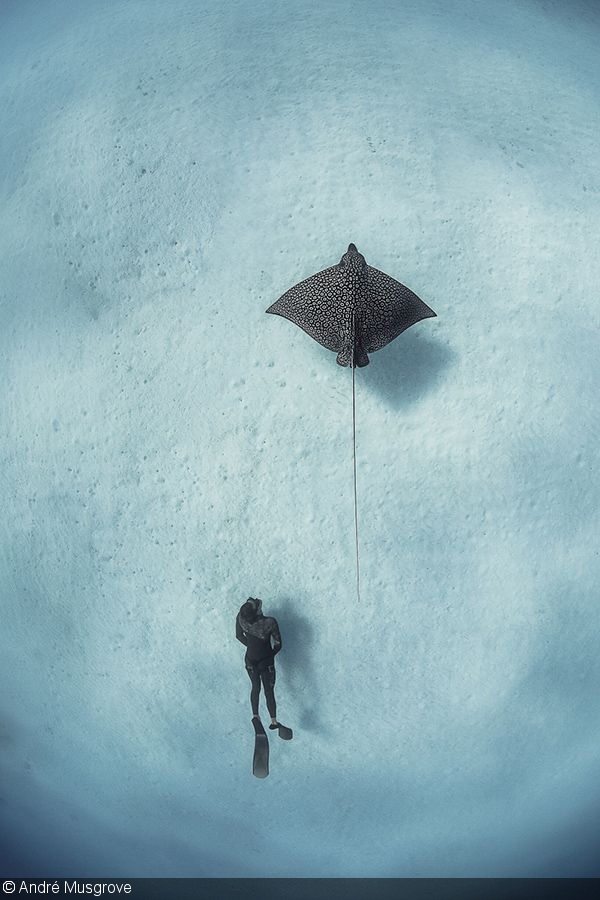 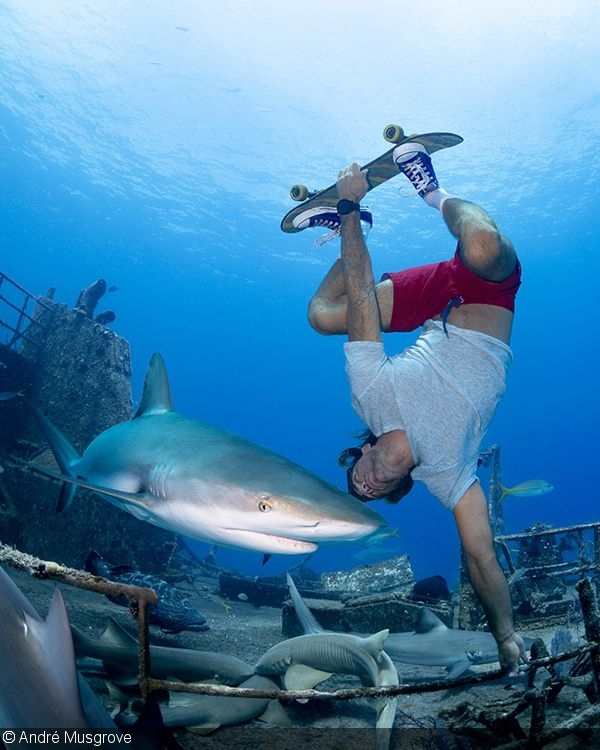 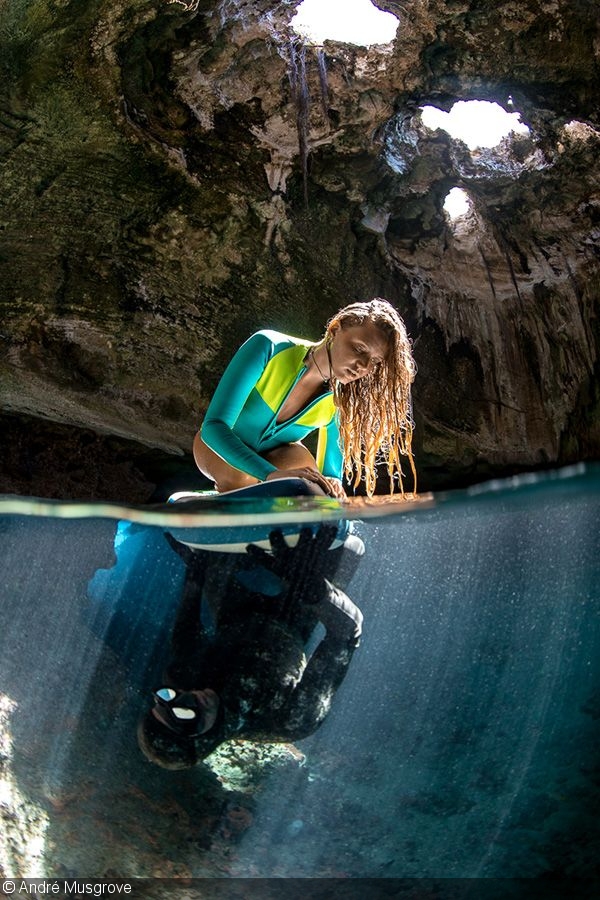 “Angels and Demons”: When the abyss stares back at you, Thunderball Grotto, Exuma, Bahamas (Models: David Langlois and Sabine Banet) 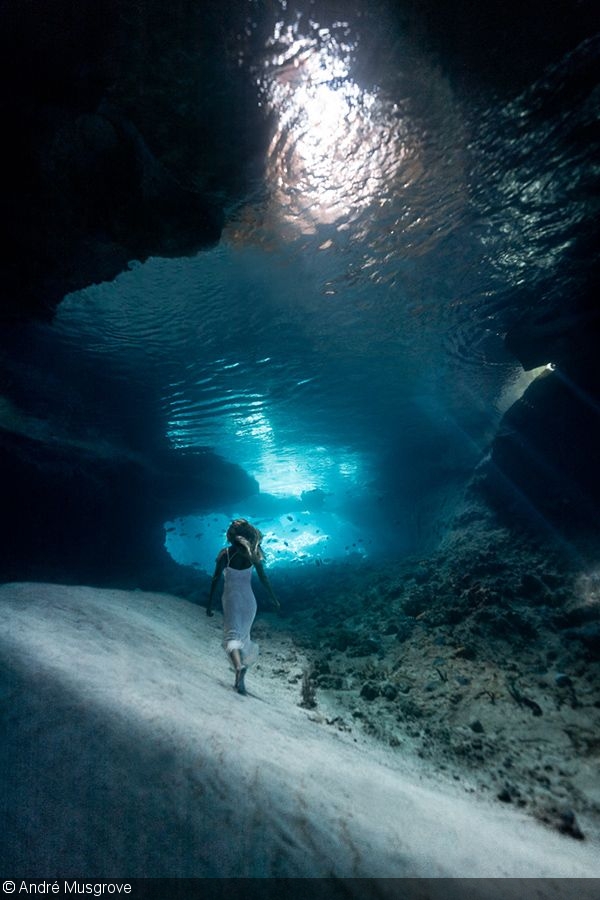 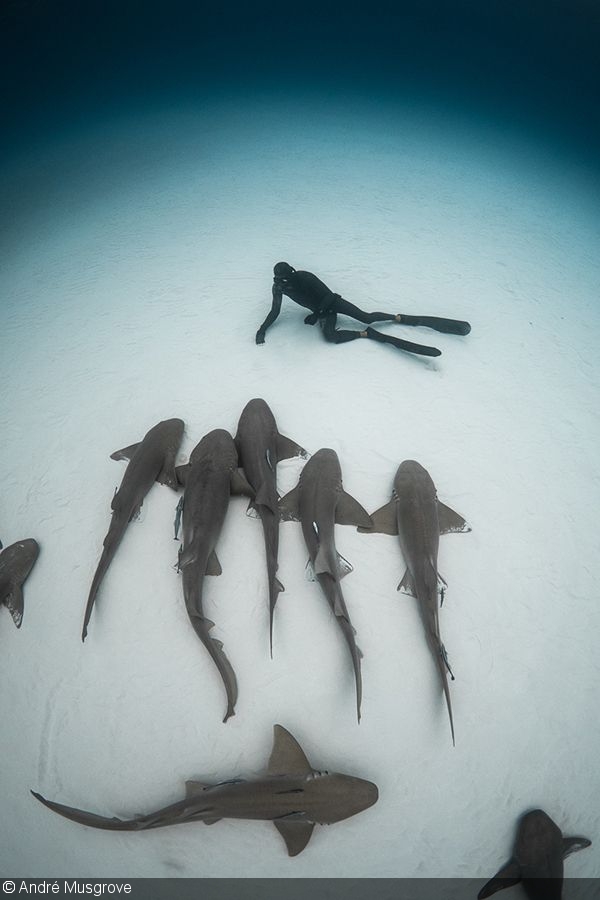 “Class Is in Session”: Nurse sharks align in the sand in front of a diver, similar to students in a classroom, Bimini, Bahamas (Diver: David Langlois) 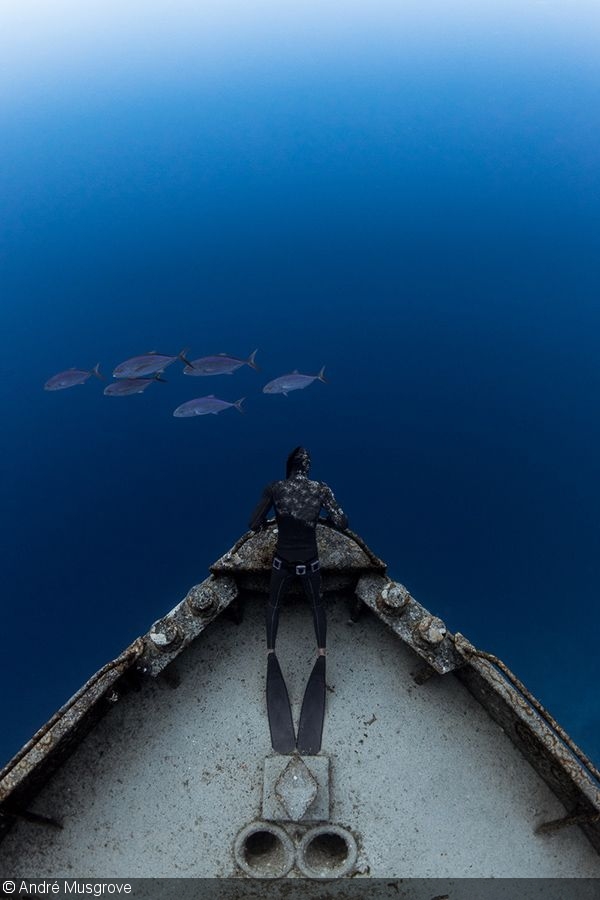 “Get to the Point”: A freediver looks over the edge of a wreck hanging over an underwater cliff of the Tongue of the Atlantic Ocean, Nassau, Bahamas (Diver: David Langlois) 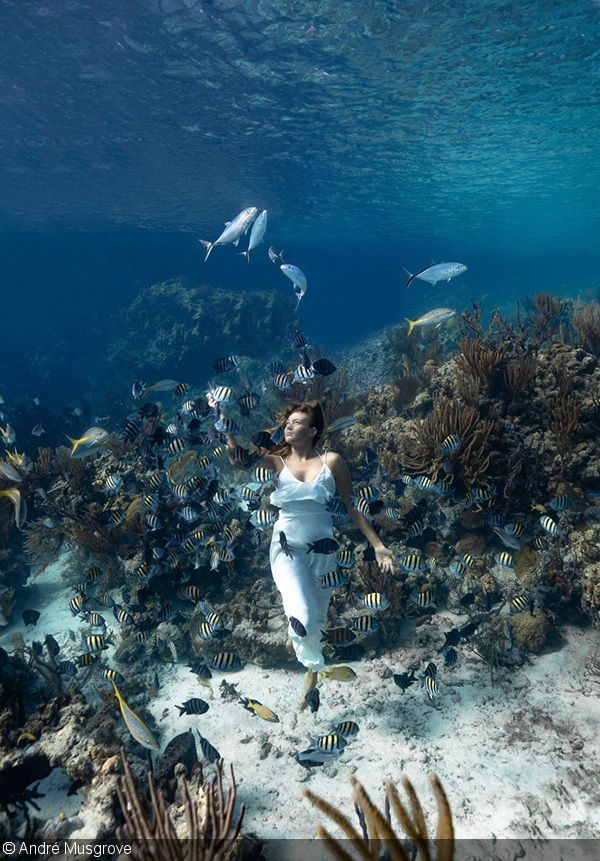 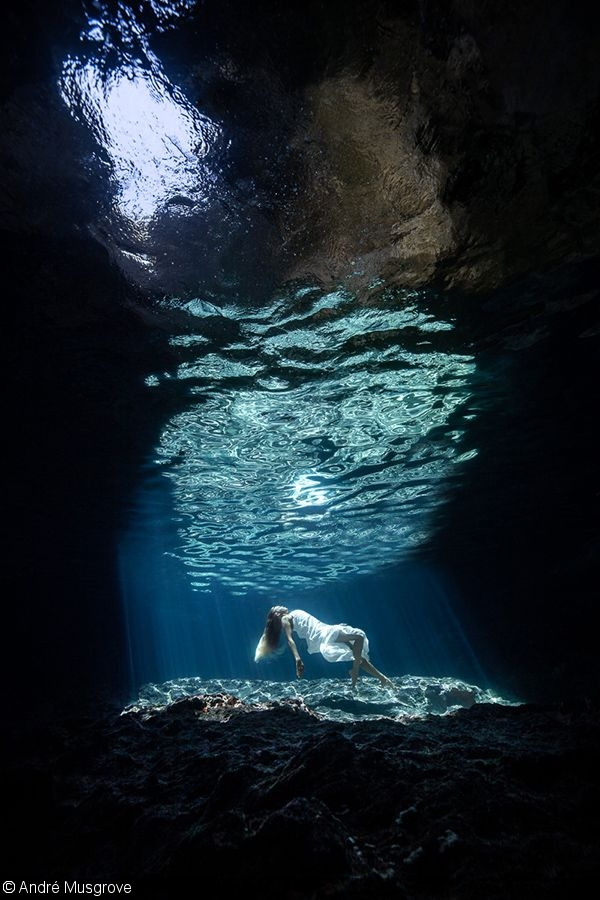 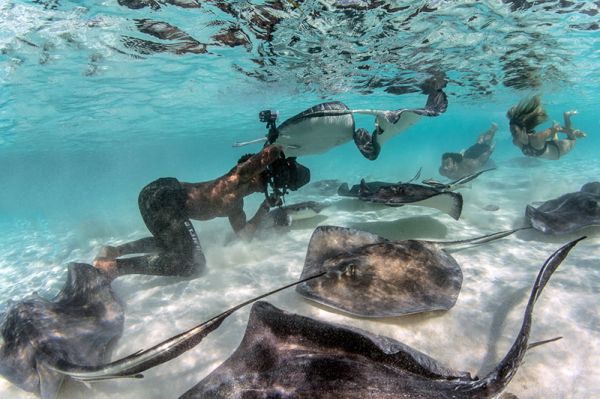 André works with dozens of his favorite models