Underwater Competition Behind the Shot – Tantalizing Tadpoles
By Bert Willaert, February 2, 2015 @ 06:00 AM (EST)

Editor’s Note: Bert Willaert’s shot of swarming tadpoles was awarded Best of Show at DEEP Indonesia 2014. Enter your images in this year’s Underwater Competition Series to win your share of $90,000 in prizes. 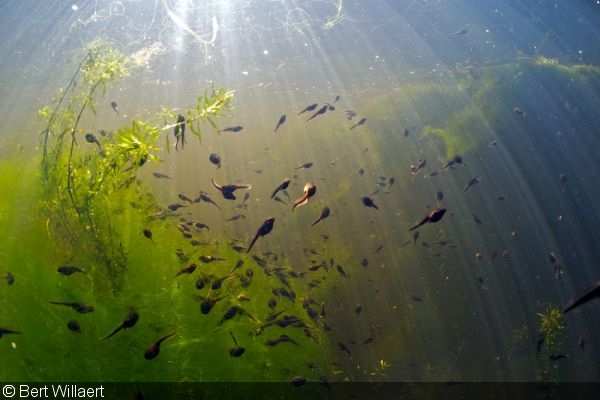 I have always had a great interest in amphibians. So whenever I find myself in the vicinity of fresh water, I am secretively hoping to catch a glimps of these lovely animals. Walking along a small canal on a sunny spring morning, I quickly noticed large swarms of tadpoles navigating between patches of vegetation. The visibility seemed to be quite good—a rare thing for a canal in Belgium—and I immediately started thinking of returning with my camera and snorkel gear.

A few days later, on a windless, sunny day, I found myself in the water, surrounded by thousands of tadpoles. They were much more numerous than I had expected and they were everywhere! I had mounted a Dyron dome port on my Recsea housing for the Canon G12, as I wanted to capture these animals in their landscape. I had some difficulties finding the right exposure, since I didn’t have any strobes with me and the vegetation in the canal and trees on the banks created a lot of shadows. 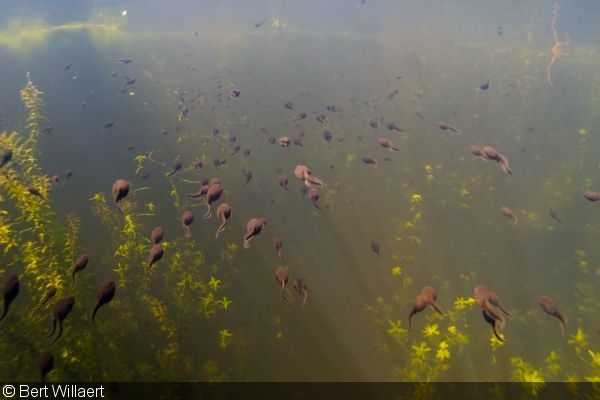 The maximum depth was about six feet, including two feet of mud, so I knew I had to move carefully if I wanted to maintain the good visibility. The swarms of tadpoles did not seem to be too bothered by my presence—and some even nibbled at my skin! At one point, I looked up and saw the sun rays through the fresh green leaves. I waited for a school of tadpoles to swim by and stretched my arm out below them, taking the picture with one hand. That was the moment captured in my winning frame. 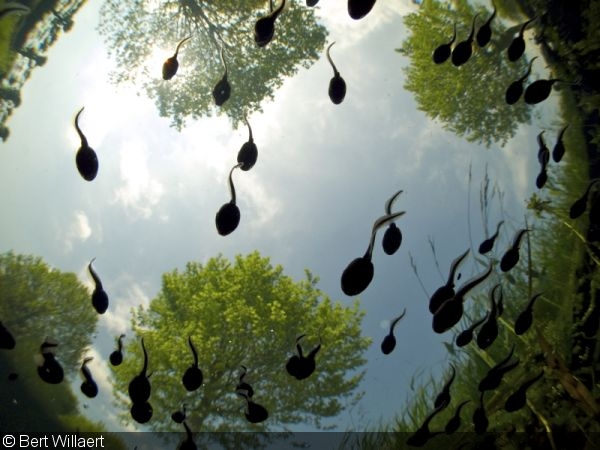