Editor’s Note: Martin Strmiska’s spectacular sailfish image took home a Gold Award in the Animal Behavior Category of DEEP Indonesia 2014. Enter your images into the 2015 Underwater Competition Series for your shot at more than $90,000 in prizes. 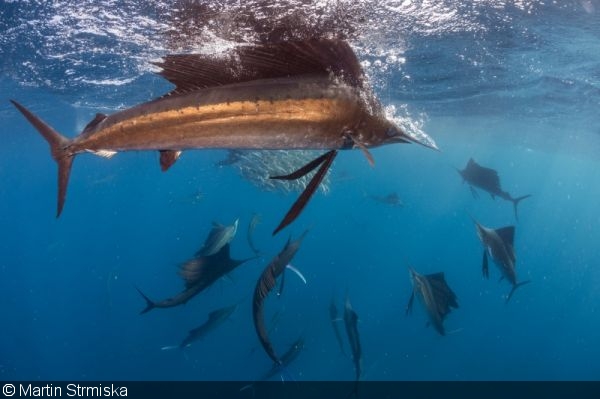 The year before had been a slow sailfish season. I was hearing disappointing stories from every direction. But things changed dramatically just before I arrived. “The sailfish run is on,” said the captain, bringing a broad smile to my face.

The trip kicked off with a long bumpy boat ride—wind, waves, and water splashing aboard. After two hours of exhausting rough seas (seemingly halfway to Cuba), we reached the area with all the action. Birds were flying in small groups close to the surface, waiting for the opportunity to attack the sardines from the air.

“There’s one! Go, go, go!” yelled the captain. My first view of the baitball being chased by a few dozen sailfish blew my mind—a shiny pulsing silver pillow surrounded by dark shadows piercing it like needles. Even with long apnea fins, there was no way I could keep up with the action. The sailfish decimated their pray from all directions, all the while pushing the baitball towards the surface. That’s when the birds use their claws to pick off the fish from above. If I lost the baitball at any point, I just looked for the birds to show me the way. 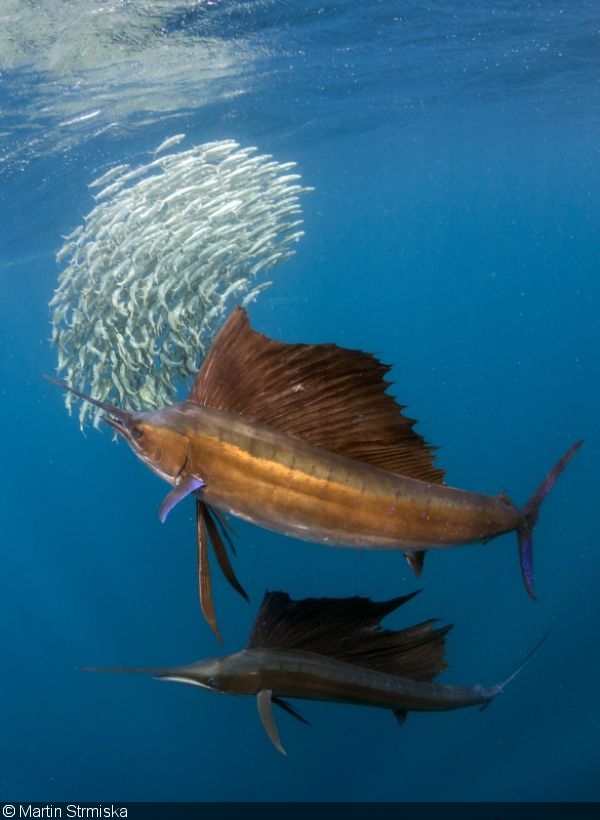 Once the baitball stopped moving, more snorkelers would come in and the intensity of the scene would drop significantly. I knew that to get a great shot, I needed to get to the baitball before the other snorkelers reached it and dispersed the action. For my winning photo, I was kicking my fins as fast as I possibly could!

I set the camera to a fast shutter speed and pulled the strobes down so they both flashed under the surface. I reached the baitball, positioned myself to capture the most intense action, lifted the heavy rig and just kept shooting. I managed to get off five frames until the center of the action moved away again. And it was lucky that I went all out to get the shot; I didn’t find myself in such close proximity to this awesome display for the rest of the trip. 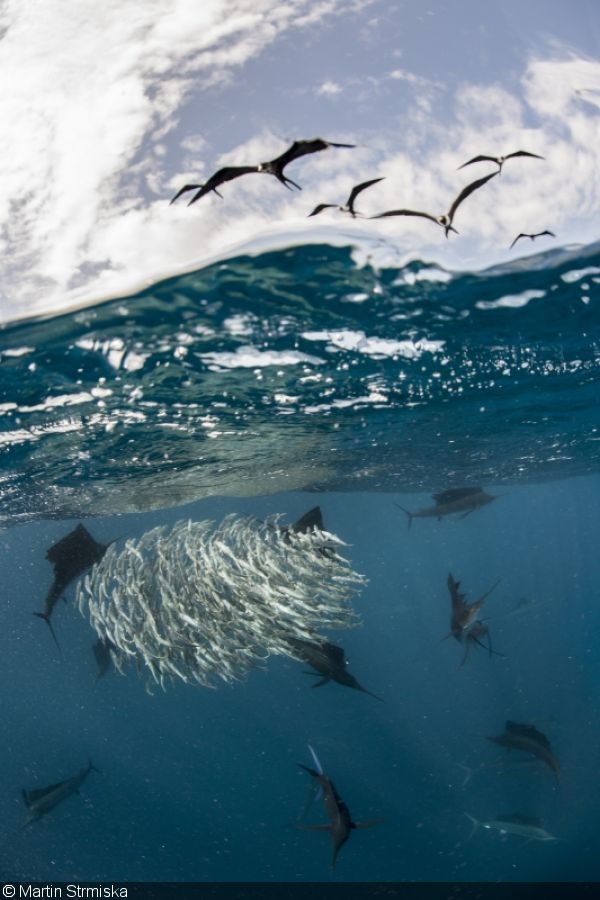