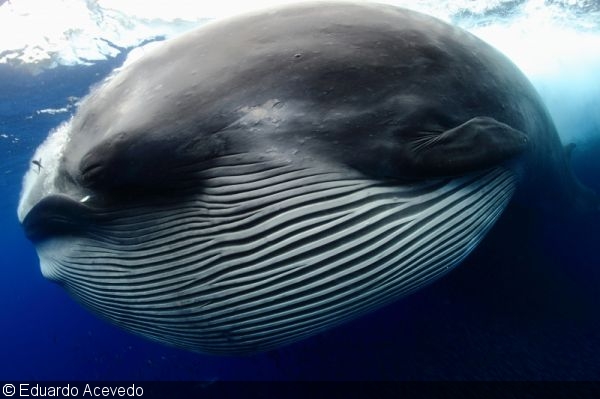 After two uneventful hours in our dive boat in the waters off the Canary Islands, I suddenly spotted in the distance what seemed to be a swirling mass of birds throwing themselves at the sea. When we arrived on the scene, we witnessed something amazing: hundreds of common and spotted dolphins—along with three Bryde’s whales—attacking a giant ball of sardines.

My goal was to try and capture the exact moment the whale chomped down onto the ball of sardines. But given these whales’ surprisingly quick speeds, nailing this exact moment in a shot was far easier imagined than accomplished.

Bryde’s whales, which live in both tropical and temperate waters, can measure upwards of 70 feet and swim in bursts of up to 20 knots. After several unsuccessful attempts to photograph the feeding whales, we finally got the timing just right and jumped in just before a feeding event. That’s when things got epic. 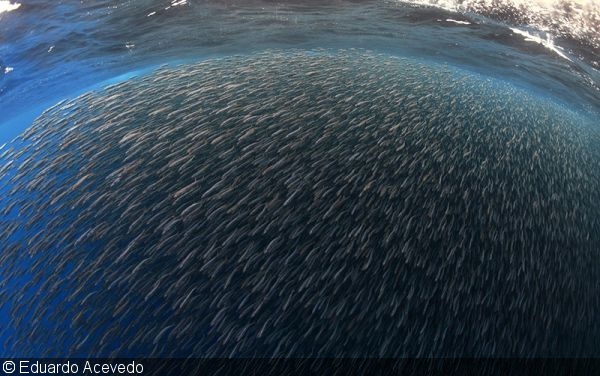 I only had about five seconds after the whale opened its mouth to get the rare behavior image I managed to capture. Luckily, the whale—a huge individual about 14 meters long—passed about three feet in front of me. I continued to follow and photograph the whales for another half an hour, but by then the enormous animals had consumed all the sardines. After their departure, there was complete stillness and calm once again, as if nothing had even happened. 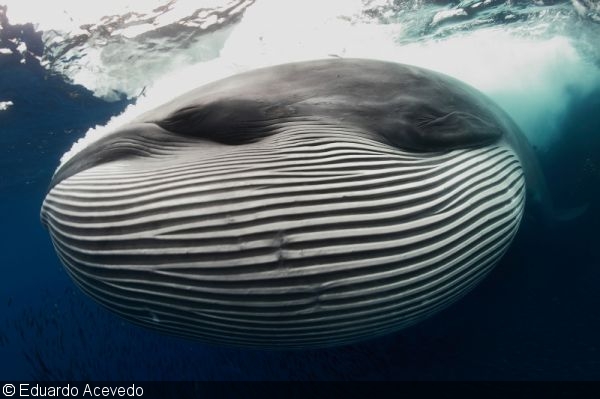