Editor’s Note: Fabien Michenet’s awesome shot of cavorting humpback whales took home a Gold award in the Wide Angle Unrestricted category as well as “Best of Show” in the 2016 Our World Underwater Photography and Video Competition. 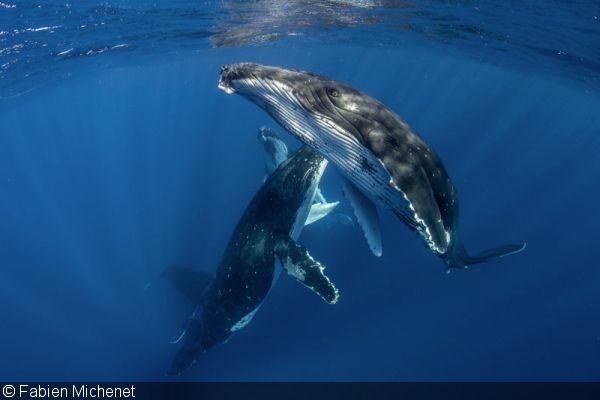 The sun was barely rising when my buddy and I set out aboard a small inflatable boat in search of humpback whales off Tahiti. We quickly found a group near the reef and decided to stay far enough away and observe their behavior. Soon we saw numerous spouts breaking the surface, heading west towards the open sea. We realized that we were witnessing the beginning of a “heat run,” a ritual behavior initiated by the flight of a female whale followed closely by several aggressive male suitors. 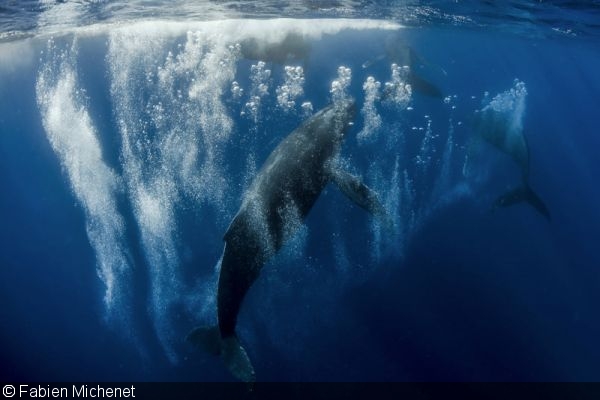 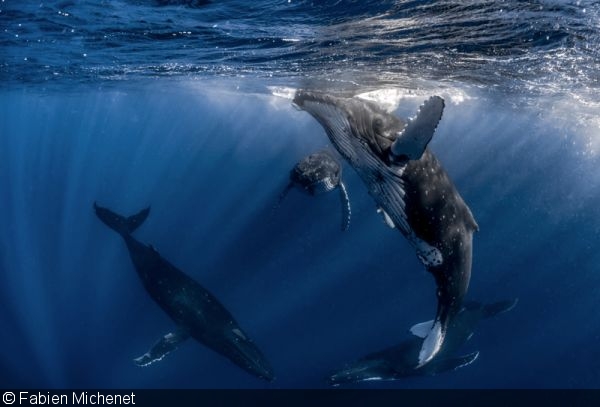 That day, these normally solitary whales came together in a tight group

In an attempt to capture images of this rare event, we kept our distance to avoid causing a disturbance. Our plan: Wait until the whales settled, drop into the water about 150 meters away, and swim towards them. After a number of unsuccessful attempts, I suddenly found myself surrounded by the group. The whales cruised by me, all indifferent to my presence except for one. A large male stopped directly in front of me and hung in a vertical position, seeming to observing me closely. 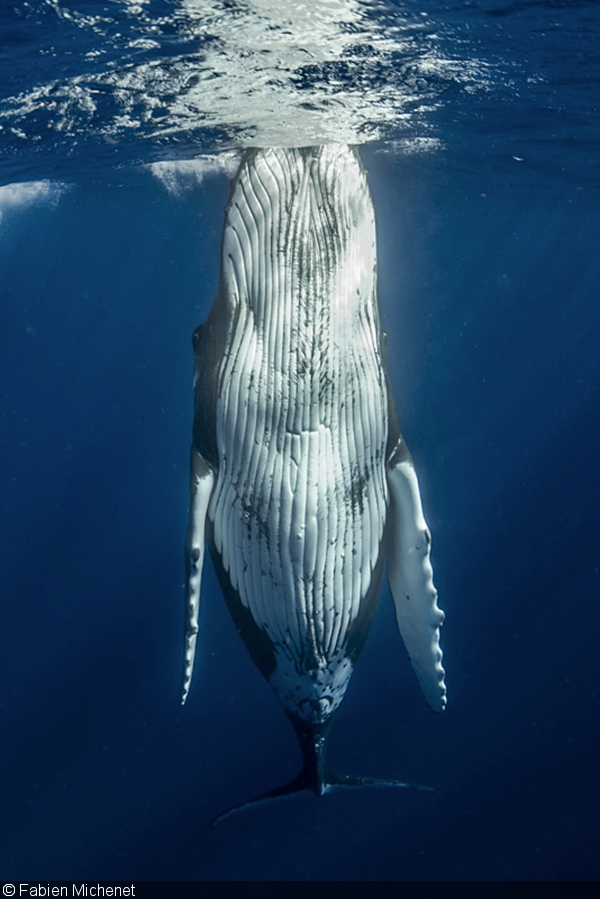 As I remain motionless, one whale stops to observe me

After shooting a few frames of the big male and the group around me, I moved around to position the sun behind me to illuminate the scene better. I waited to see how the situation developed, sometimes just looking through my viewfinder, as I was trying not to take too many pictures but rather focus on the best photographic opportunity. Out of the blue, a second whale emerged from the deep, and a third thumped the surface with its tail, while the courted female descended to the right. The perfect composition had crystallized before my eyes—and all I had to do was press the shutter. 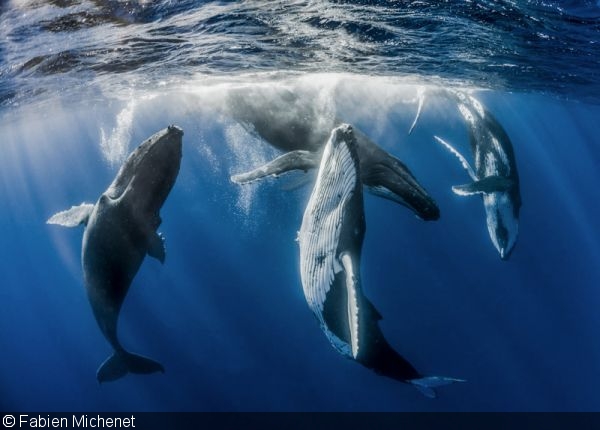 Fabien Michenet administers www.nuditahiti.com, a collaborative website (in French) about observations of nudibranchs and other opisthobranchs around the islands of French Polynesia.