By Joseph Tepper and Matt Weiss

Chasing after the newest technology is a dangerous thing to do when it comes to photography -- it seems like models are being updated daily -- but it can also be very tempting. Who wants yesterday’s technology?  The number one excuse for buying new gear is definitely because the old stuff just cut it anymore. In fact, I bet at least some of your gear will become outdated before you even get to reason number 5!

2. “My images weren't good as that guy flaunting his fancy new doodad-- I must need more gear!”

Ah, another emotion familiar to the underwater photo gear-bug: loathing. When your images aren't as good as the person next to you in the boat, it's easy to blame the gear. After all, it can't be your lack of skills, right? It's commonly thought among underwater photographers that the best way to improve your shots is by getting new gear. We would rather think this than hurt our by accepting that we might need to get better at photography!

3. “Of course I need more gear! I have a big trip coming up to (insert exotic destination here)”

So you just dropped thousands of dollars on exotic travel – what’s a few thousand more?  It's just another prudent investment at this point, right? Make the most of your expensive trip with the right gear!

4.   “If my primary kit needs a backup, shouldn't my backup have a backup.”

The common saying, “it is not a matter of if disaster will strike, but when” certainly holds true underwater. Where does the boundary between reasonable preparation for Mr. Murphy’s Law and overindulgence lie?  There is definitely a value to backup solutions, but there is also a limit. Stick to the things more likely to fail –extra memory card, spare camera batteries, and certainly an external hard drive for back up. Even a complete second rig is a good idea - but if your back-up rig has a back-up then you are just making excuses for more gear.

With award winning photographers using specialized gadgets, it’s easy to get caught up in latest trends: a snoot here, a fluorescent filter there, a few tripods for strobes, and then an extra strobe for backlighting.  So while “snoot fever” may not feature the dance moves of John Travolta in pants as tight-fitting as a wetsuit, it is fair to say that even the most staunch traditionalists of underwater photography want to get their “creative gear groove” on. 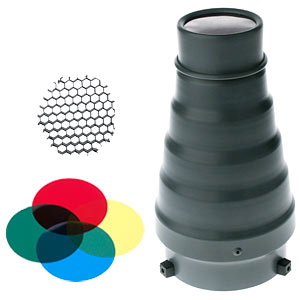 Coming home to brown paper packages tied up with string at your doorstep, filled with photo gear of your wildest dreams, is certainly a great feeling; and the internet and online purchasing services have made this dream a 24/7 reality with just a few clicks. There is no reason not to reward your hard work with a few goodies every so often, prepare for the worst with backups, or take a brave step forward with a completely new system- but always remember that the camera does not make the images, the photographer does.