A few of you probably know that I really enjoy small critters. My first Hippocampus bargibanti in velvety red color was shot back in 1998 at Lembeh Strait with Kungkungan Bay Resort. A couple of years later, also at Lembeh, divemasters helped finding for me H.bargibanti in yellow and H.denise (at that time, both species were still under H.bargibanti, and scientists still hadn’t credited the species to Mrs. Denise Tackett yet). Another couple of years went by, H.colemani, the paper-thin pygmy, got out and I’ve been wanting to see one. Yet, up till today, I haven’t been able to, which is a great excuse to go diving and searching for it.

In 2003, my friend, Miss Satomi Onishi (then a dive guide at a resort in Borneo, Indonesia) showed me arguably the smallest pygmy seahorse. This 6mm (incl. tail) jewel didn’t have the brightest colors, but it was as interesting as others. Firstly, it can only be found at dusk and night. It also hides below ledges. It doesn’t associate to any specific coral or algae. Secondly, when torchlight is shone onto it the little seahorse would spin like a cartwheel, pivoting with its prehensile tail curled onto a twig or any growth. It also loves to swim away from lights. Indeed, a very active critter. Back then everyone just called it the ‘Satomi’s pygmy’.

Another year or so passed and I chanced upon the ‘Pontoh’s pygmy seahorses’ (no scientific name then) in yellow and black morphs. My husband, Stephen Wong, even got a nearly pure-white-one. Honestly, we are still not sure what this species is. We always thought these yellow and black (and white) ones were of the same species – ‘Pontohi’.

A good friend and co-partner of one of our books, “Gorontalo Hidden Paradise”, Mr. William Tan, suddenly sent over images of a long-banded-tail pygmy seahorse by some photographer who took the creature in Togeans, Indonesia. Well, as of today, I haven’t seen it and may be I should take a trip to Togeans to look for it.

In 2005, one of our mentors, Mr. Rudie Kuiter contacted us for some pygmies for his “World Atlas of Marine Fishes.” We submitted the ‘Pontohis’. At the same time, we bridged between Rudie and Satomi of her ‘Satomi’s pygmy’.

Looking at the other two documented species in Nat Geo’s site, the Walea’s (possibly the Togean one) & Debelius’ pygmy seahorses, I definitely have more excuses to go diving.

Below are some of my humble images of the Pygmies. 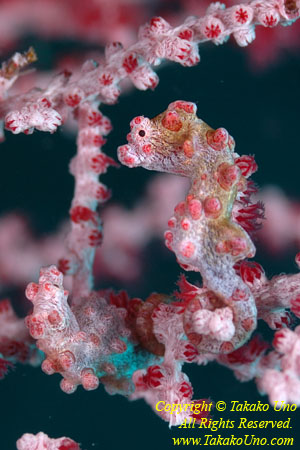 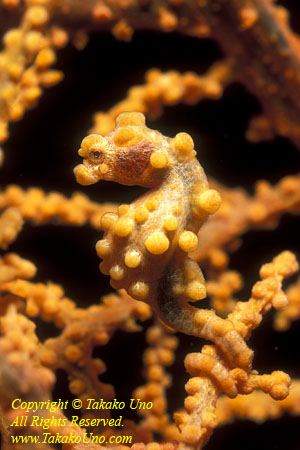 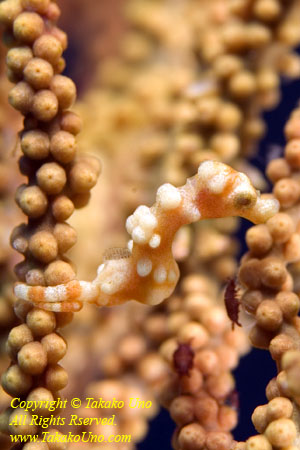 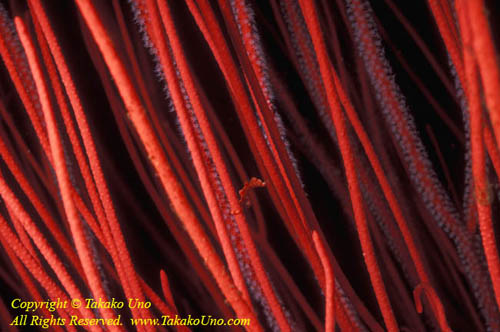 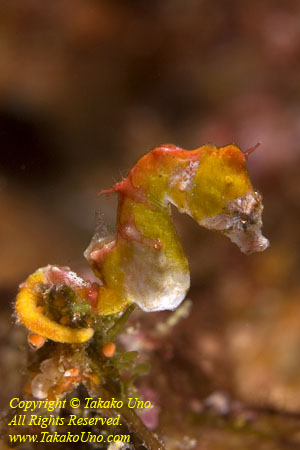 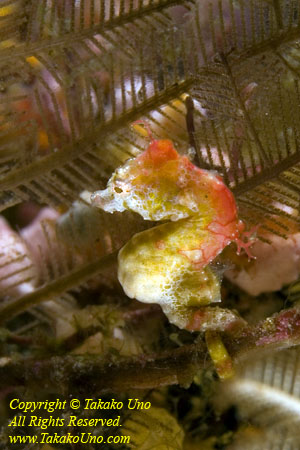 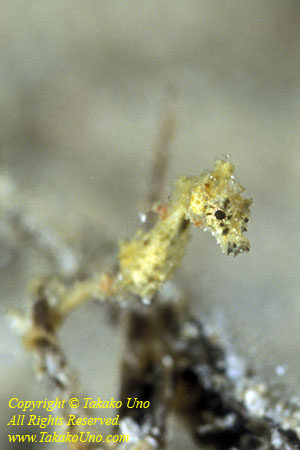 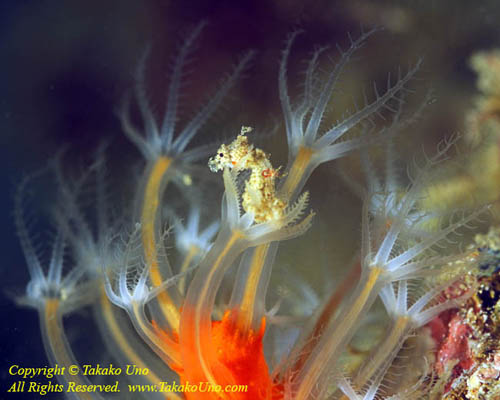 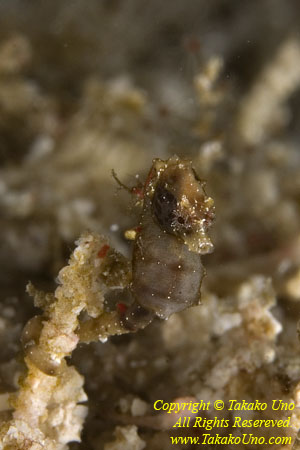 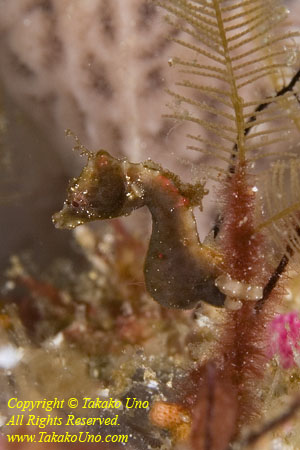 scott gietler wrote:
Great article Takako, and I love the 8th photo of the Satomi seahorse in the octocorals. The other photos are beautiful also.

Neville Coleman wrote:
Excellent series Takako, lots of great 'stuff'and as we all know, lots of hard work.....but, that's what discovery is all about..."the fun, is in the finding!"
Neville Coleman
You must be logged in to comment.
Support Our Sponsors
Advertise With Us
Newsletter
Travel with us