I have really enjoyed shooting super macro portraits lately. I frequently visit a great dive site in Eilat that is fairly shallow, around 5-8 meters deep, and a number of blennies claim their territory on a man made reef. They live in many of the protruding plastic pipes attached to the main structure. If you are lucky enough you will find one posing in one of the pipes closer to the sandy seabed, which provides a great surface making it easier to photograph them. 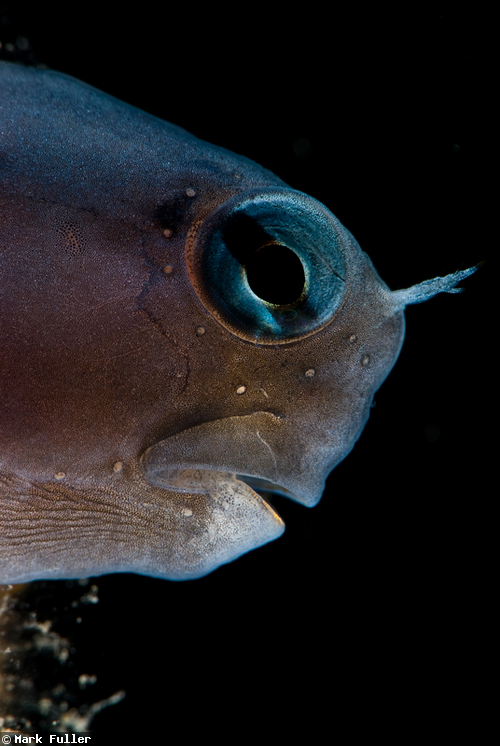 I wanted to shoot a full side shot portrait of a blenny that filled the frame and had his little mouth in full yawn.  As my goal was a complete head shot with a clean black background,  I wanted to frame him from the side (fish looking forward) without any of the plastic pipe showing or any of the algae hanging from it. To achieve the black background, I would need to be shooting at my max sync speed of 1/200.  I also wanted to have as much depth of field as possible so that not only his eye but the majority of his face would be in focus. Therefore, using an f-stop of f36 and upwards was needed. These settings meant I would need a lot of strobe power.

I visited the reef early morning, but there were no blennies in sight in the bottom pipes, just one up top about 3 meters from the surface. This was going to be difficult. I'm very confident in my buoyancy, but focusing with a SubSee can be difficult while controlling buoyancy, especially since I might spend hours waiting for one yawn.

After 60 minutes, the finally yawned! I was very pleased with the shot, although I knew it could have been a far better image. When he yawned, and this happens very fast, he moved slightly forward and towards me, which caused the plain of focus to be distorted, resulting in less of the blenny being in focus. Also I captured the yawn to early, so the little guy's mouth was not as open as I wanted. 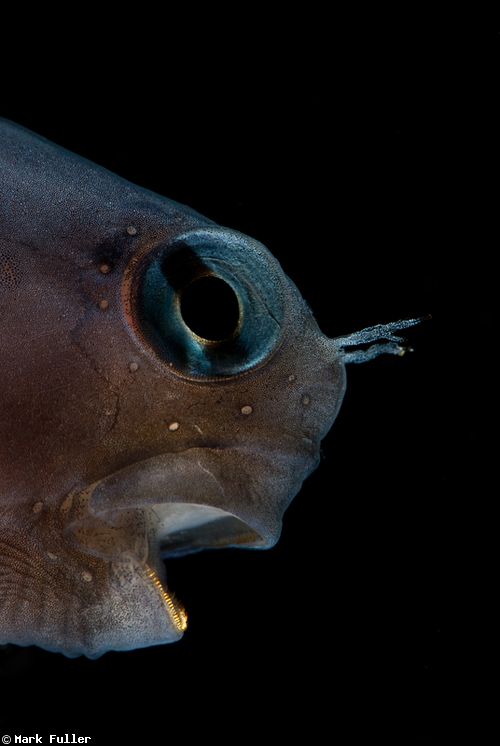 I decided to go back the following morning and try again. This time there was one blenny closer to the seabed allowing me to stable myself. I again lined up as flat as I could so he was framed perfectly from the side. I settled on 1/200 and f/40 for heaps of depth of field and positioned 2x Ikelite DS-125 strobes at half power slightly facing inward about 15cm away from the blenny on each side. There was no yawn on this day, but I was extremely satisfied with the result as so much of the subject was in sharp focus. I will go back soon one day and nail the yawn! 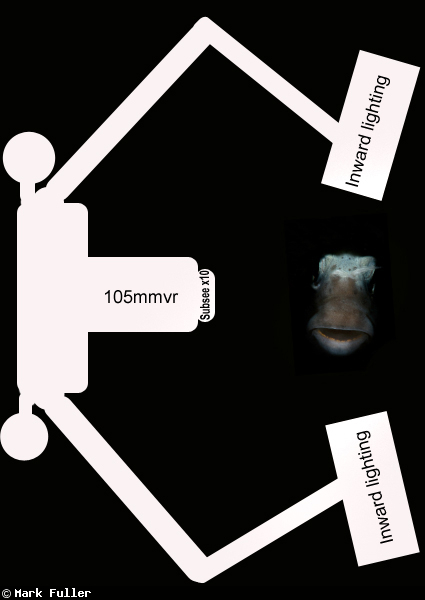 Joseph Tepper wrote:
As amazing as that first shot is on a computer screen, I must say that seeing it printed out at OWU really does it justice

Aleksandra Bartnicka wrote:
Fantastic colors! The clarity of the shot is amazing as well. Thanks for the tips on settings and especially strobe positioning. Slight back lighting gives the blenny such a nice glow..

Mark L Fuller wrote:
Thanks Aleksandra!
You must be logged in to comment.
Support Our Sponsors
Advertise With Us
Newsletter
Travel with us