By Keri Wilk and Matt Weiss

It’s been five years since Sea & Sea released their latest professional or semi pro level strobe, so the announcement of their brand new YS-D1 carried a lot of excitement.

The YS-D1 is set to replace the YS-110a strobe, which has long been a workhorse strobe for many underwater photographers. The initial specs appeared positive, with the D1 touted as being 25 percent more powerful and 10 percent lighter than its predecessor. 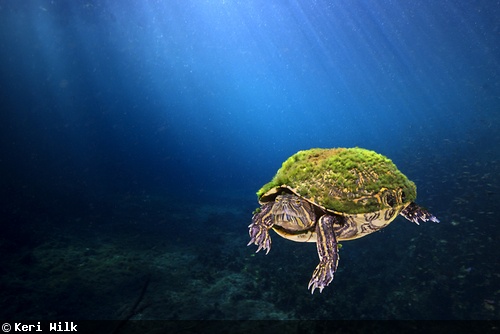 When choosing a strobe it is important to review a number of important specs, including:

With this in mind, we packed our bags and hopped on a plane to the cenotes of Mexico and Fiji to put the new strobes through the ringer. 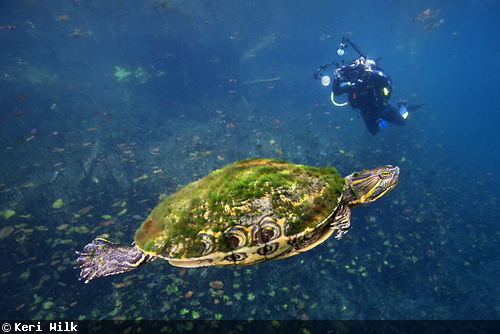 Sea & Sea certainly put a lot of effort into creating a strobe that is travel friendly, one that is smaller in size and weight than the YS-110a, while still offering more light intensity.   The dimensions of the D1 are 3.5 x 5.4x 4.4 inches, which can easily fit into your BC pocket. Its volume is about 15% smaller than that of the YS-110a, at 3.5x4.6x6 inches 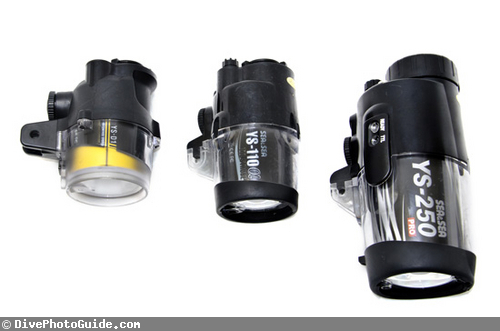 The new strobe weighs 650g without batteries on land, which is 50 grams less than the 110a. Additionally, it’s slightly less than half the weight of the larger, pro-level YS-250s, at 1,383 grams.  In the era of dwindling baggage allowances, every inch and pound counts; however the YS-D1’s advantage over the YS-110a is not only its size, but also its light intensity. 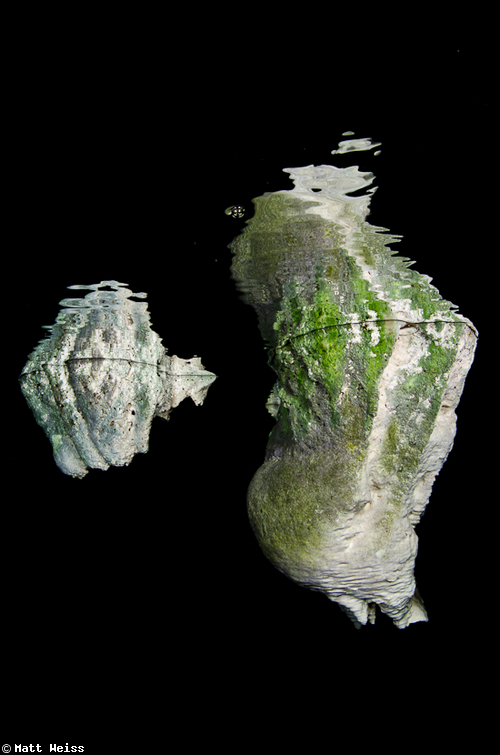 Small, light strobes are useful for shooting reflections at the surface

The D1 is claimed to deliver 25 percent more light energy per unit area of subject than the YS-110a, making it better suited for wide-angle photography,  especially when shooting into the sun which requires using high shutter speeds and small apertures.  Our underwater tests show that the D1 is significantly more powerful than the YS-110a and is approximately as powerful as the YS-250.

We tested the D1, 250 and 110 both on land and underwater without diffusers.  Underwater without a diffuser, the YS-D1 was 1 and 1/3 stops brighter than the YS-110 – more than twice as powerful!  The beam, without a diffuser, is bright, but the rectangular-shaped flash tube reflector projects a correspondingly rectangular flash beam with relatively sharp  edges. Diffusers are therefore necessary for large wide-angle subjects in order to produce an even beam with no distinct boundaries. 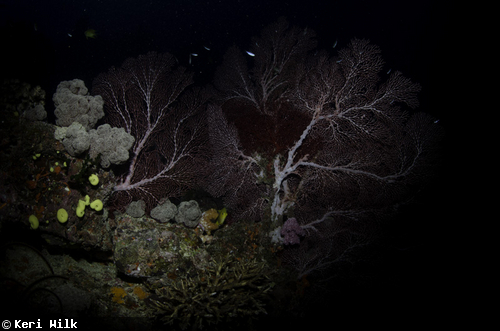 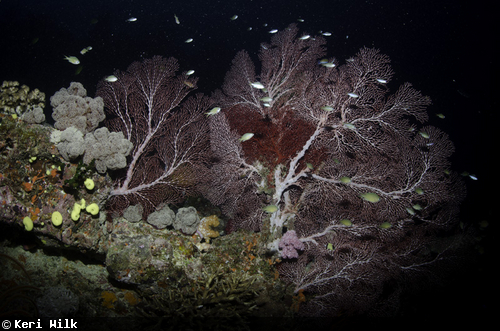 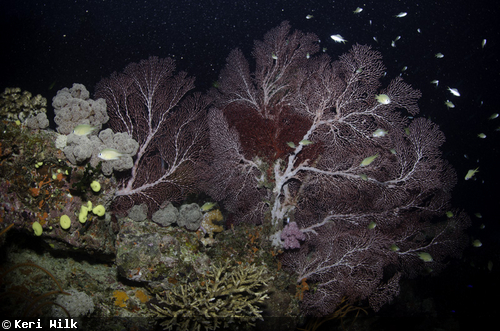 With a 120-degree diffuser, the YS-D1 beam was softer but still nearly 1 and 1/3 stops brighter than the YS-110a with its diffuser.  Sea & Sea’s claim that the YS-D1 strobe is more powerful than the 110, in spite of being smaller in size, is not an exaggeration.

Rather than making a strobe with as wide a beam as possible, Sea & Sea seemingly designed the YS-D1 with a narrower and more intense raw beam which can be widened  with diffusers as necessary.  For many subjects, including almost all macro and many close focus wide angle, a wide beam is not necessary.  Therefore, when shooting bright scenes with maxed-out shutter speeds and tight apertures, this extra intensity is appreciated and the wider beam angle is not missed. 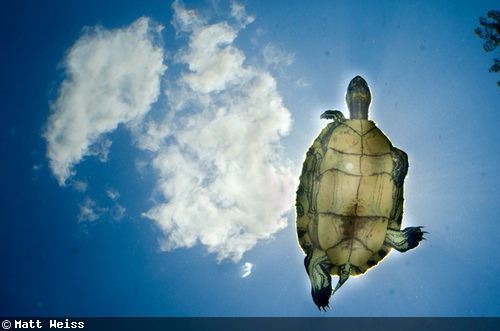 When shooting into the sun with maxed out settings, it's preferable to have more strobe output than a wider beam angle 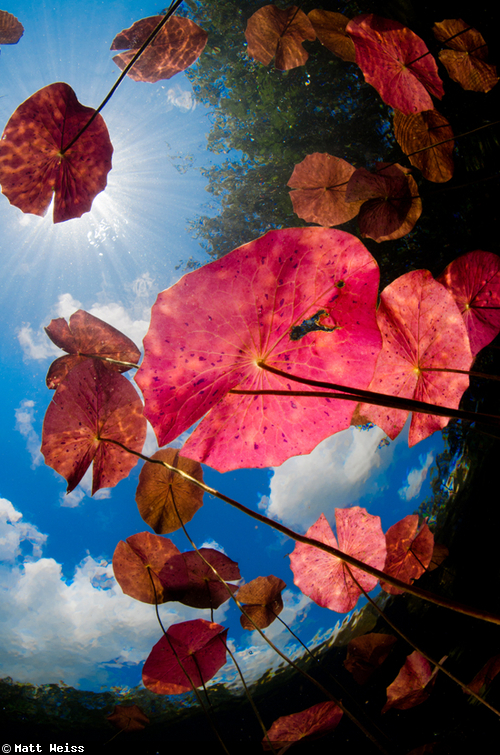 When shooting reef scenics, you will need to add a diffuser. This creates a more consistent beam, while still maintaining a stronger light intensity than the YS-110 without the diffuser. 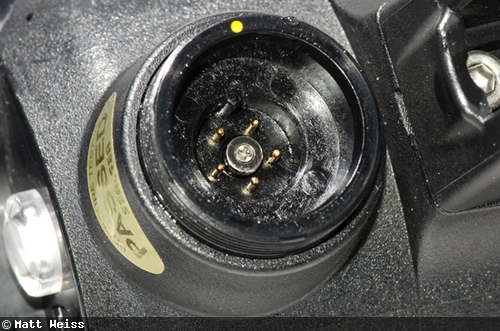 The D1 fixes these problems by putting the bulkhead on the bottom of the body under a latch. It does not interfere with the diffuser – which now just pops onto the face – and the latch protects the bulkhead from stray strobe flashes. 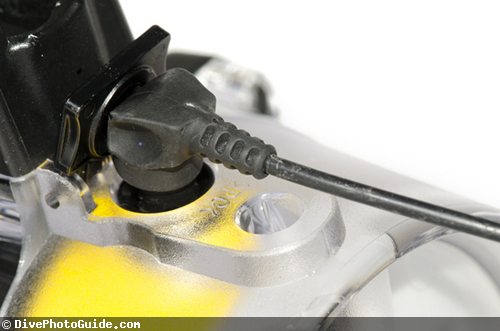 The optical bulkhead of the YS-D1

The D1 is equipped with Sea & Sea’s new slave TTL system called DS-TTL II. In the clear waters of Fiji, our tests showed the DS-TTL II to be reliable, producing correct exposures.  The DS-TTL II system allows for making EV compensation adjustments in TTL mode (-1.5EV, -1EV, -0.7EV, -0.3EV, +0.3EV, +0.7EV, +1EV, +1.5EV) to allow for creative adjustments or more reliable results.  Of course, results will vary with TTL depending on the environment, metering mode, camera model and a number of other settings, but it’s an impressive optical TTL mode for those that prefer automatic strobe power. 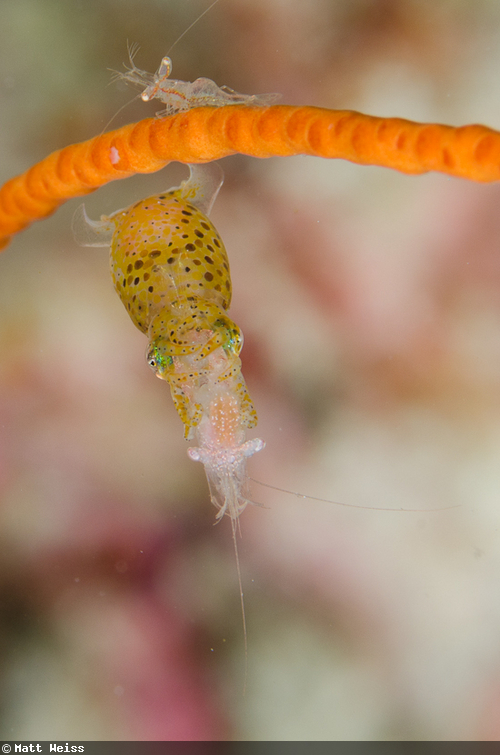 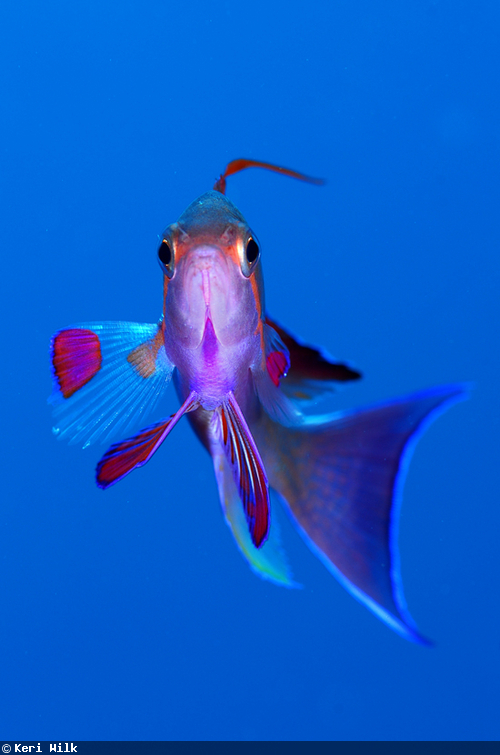 Like the YS-110a, the focus lights are rather dim—in fact, they are slightly less powerful. This is not a major area of concern, as they shouldn’t be used as a primary focus light, since that would require your strobes to be pointed directly on the subject. They are adequate if necessary.

The 11-step control dial (a 5 EV stop range) is a huge upgrade over the YS-110a 13 step control dial. This might seem counter-intuitive, but you should take into consideration that the 110a dial had little-to-no tactile indication when changing strobe intensities. This made it difficult to determine what adjustments were being made. The problem has been solved in the D1 by including a clear tactile indication every time a strobe power is changed. 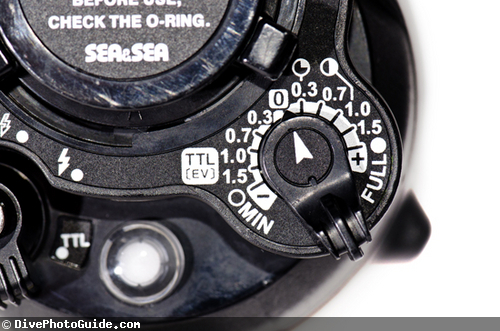 The improved power control dial of the YS-D1

The mode dial lets you choose between pre-flash (2 lightning bolts that corresponds to “Manual 1” on the YS-110a) and no pre-flash (one lightning bolt- which corresponds to “Manual 2” on the YS-110a and TTL).  When using fiber optics and adjusting your strobe’s power manually, you’ll want to choose your mode depending on whether or not your camera has a pre-flash, a setting that only applies to compact cameras. When using an SLR you will want to use the no-pre-flash mode (one lightning bolt). If you are shooting with electrical sync cords and making manual adjustments, it makes no difference.

When shooting TTL, whether with fiber optics or electrical sync cords (which require a TTL converter), you simply select TTL mode. 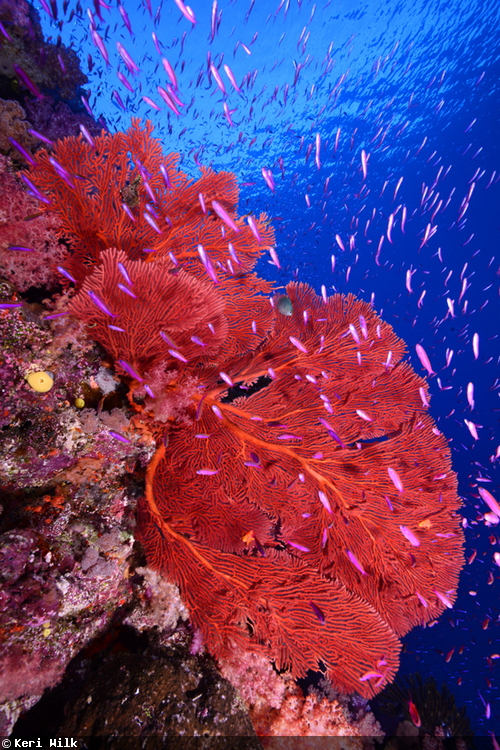 The major problem with the mode dial is its looseness, which  makes it easy to accidentally nudge it into the wrong position.  While it was perhaps overly difficult to switch modes on the YS-110a, the polar opposite is the case with the D1—and that is a much bigger problem. On a number of occasions, we accidently switched modes when making strobe position adjustments, which led to the strobe not firing if in the wrong pre-flash mode or firing incorrectly when nudged into TTL.  Obviously, this is less than ideal. This is perhaps the single major flaw of an otherwise outstanding strobe. 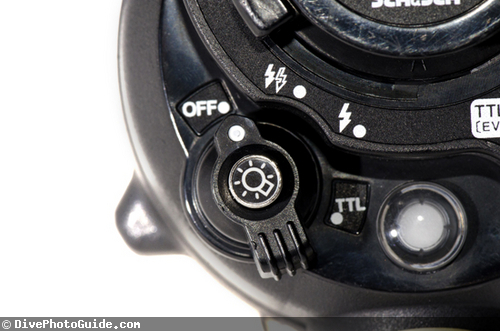 The Mode Dial on the D1

With the YS-D1, Sea & Sea took a new approach to strobe output, packing a lot of power into a small strobe by making a narrower beam angle.  Initial concerns over needing a wider angle were alleviated by the 2 included diffusers.  Sure, the YS-250 provides more power, and if you’re a professional looking for the most powerful strobe, then that should be your choice –but you will pay for it in both size and dollars. In the D1, Sea & Sea has found the perfect size and power combination. 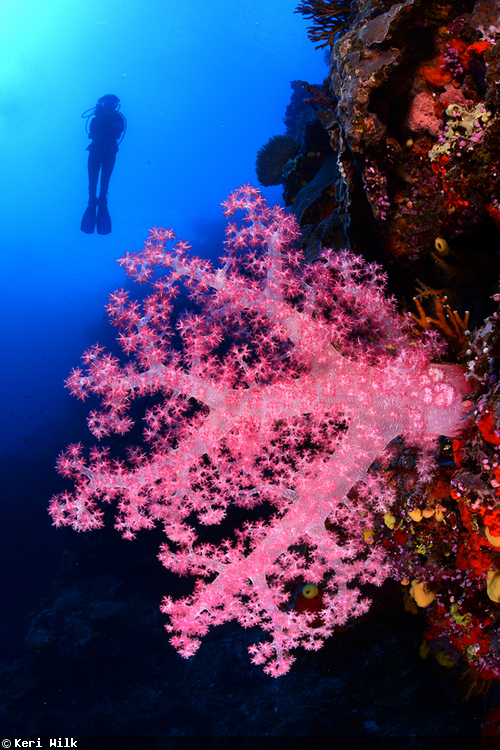 Sylvia Barthorpe wrote:
Wonderful colours, great photos.
You must be logged in to comment.
Support Our Sponsors
Advertise With Us
Newsletter
Travel with us