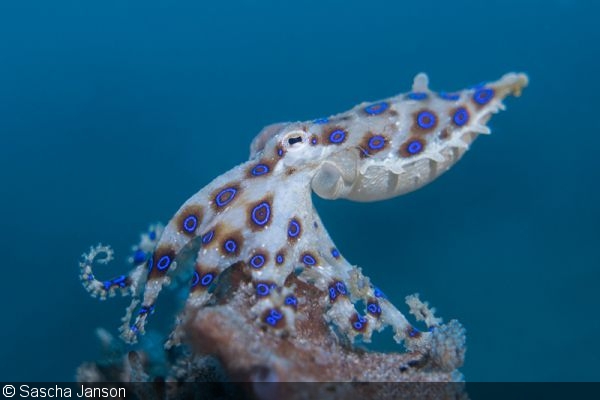 SeaLife has recently extended their lineup of Sea Dragon photo/video lighting to give you even more versatility, whether you’re using a SeaLife camera or another brand of compact, mirrorless, or DSLR camera. The new light systems are the Sea Dragon 1500 and the Sea Dragon Duo 3000. I had the chance to put these systems to the test with both the SeaLife Micro 2.0 and the Sony a7R Mark II in the Lembeh Strait, the muck-diving capital of Indonesia, to show their capabilities with a wide range of camera types.

About the SeaLife Sea Dragon 1500 Light

SeaLife’s Sea Dragon lights are aimed at at all underwater photographers and videographers, from novice to pro, which can range from users of a SeaLife Micro 2.0 all the way to a top-of-the-line mirrorless camera or mid-level DSLR. The specs of the lights reflect the fact that these are much more than entry-level lights.

Like its bigger brother, the SeaDragon 2500, the Sea Dragon 1500 also uses the latest in COB LED technology to produce a 1,500-lumen output and 120-degree beam (90 degrees underwater). As such, it’s a good choice for cameras with a wide field of view, such as the Micro 2.0 with its built-in fisheye lens.

The single Sea Dragon 1500 (left) is ideal for a compact setup, while the Duo 3000 (right) can provide more even lighting for stills and video with a mirrorless or DSLR

The wide beam angle of the Sea Dragon 1500 produces an even light throughout the frame when shooting up to two to three feet from your subject. However, I would say the ideal working distance is 12 inches (30cm) or less to provide enough light on the subject. The Sea Dragon 1500 has a color temperature of 5700K and a color-rendering index (CRI) of 80, which comes close to reproducing natural light. A good choice for a GoPro rig, the Sea Dragon 1500 is sold with a GoPro adapter.

SeaLife also sells two lights as a kit—the Sea Dragon Duo 3000—meaning double the amount of light provided onto a scene. But it’s also important to note that underwater lighting is as much about quality as quantity. Combining 3,000 lumens with a high CRI of 80 is designed to allow you to capture images and video of larger scenes with accurate color. 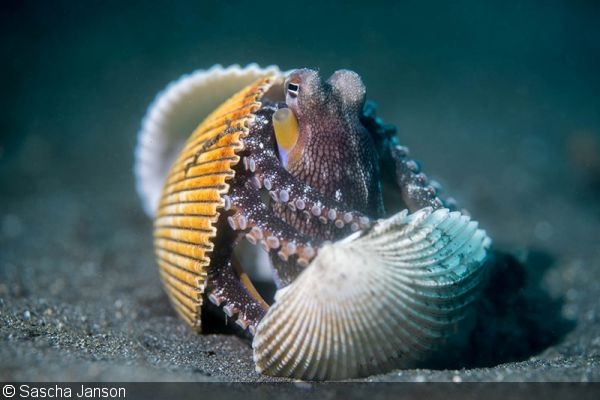 With a high CRI of 80 and a wide-beam angle, the Sea Dragon 1500 is suitable for a range of systems, from compact to DSLR (shot with the Sony a7R Mark II)

The Sea Dragon 1500 light head is compatible with SeaLife’s Flex-Connect system, which allows you to attach and remove flexible grips and arms to and from various trays with a single click. This made it very easy for traveling and to switch the lights from the SeaLife Micro 2.0 to my mirrorless system—and even detach it from the rig for backlighting subjects. I just used the ball joint adaptors to click the light heads onto my mirrorless system. (For more on SeaLife’s Flex-Connect system, read our full review.) 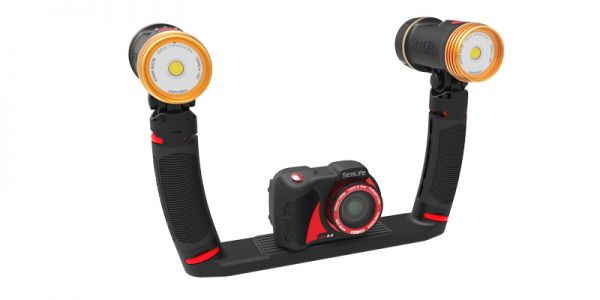 Mounting one or two Sea Dragon 1500 lights to a SeaLife camera is as quick as a snap, thanks to SeaLife’s intuitive Flex-Connect system

Although extremely durable and strong, I found the Flex-Connect arms were slightly too heavy to use with my mirrorless setup, a Sony a7R Mark II in Nauticam housing, resulting in a rig that would be rather too negatively buoyant. Instead, with the addition of the ball joint adaptors, I was able to connect the Sea Dragon lights to my buoyancy arms with one click. This was very helpful when I wanted to backlight soft coral and be the model in my own images. Two clicks and I had two lights in my hands—with minimal fiddling with clamps and ball mounts. 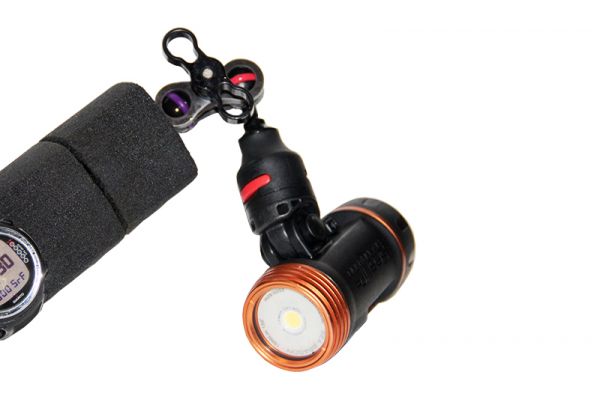 While I found the Flex-Connect arms to be too negatively buoyant to work with my heavier mirrorless camera, the ball joint adaptors made it easy to mount with my traditional arms

Being equipped with a fixed fisheye lens, the Micro 2.0 is a great camera for shooting wide angle—a rare treat for a compact camera—but for the macro subjects for which the Lembeh Strait is famous, I needed a wet lens attachment.

While SeaLife’s accessory line includes various wet lens attachments directly compatible with the Micro 2.0, I did not have any available for this review. Instead, I decided to create a “flip mount” for the Micro 2.0 using a 3D printer and add a close-up macro lens, an Inon UCL165 M67, which made it possible to focus on subjects at around 5–6 inches (12–15cm) from the front of the lens. Without an extra lens, the Micro 2.0 has a minimum focus distance of 12 inches (30cm). When adding a second macro lens (stacking lenses), I was able to focus even closer and shoot tiny subjects, like nudibranchs and even shrimps. 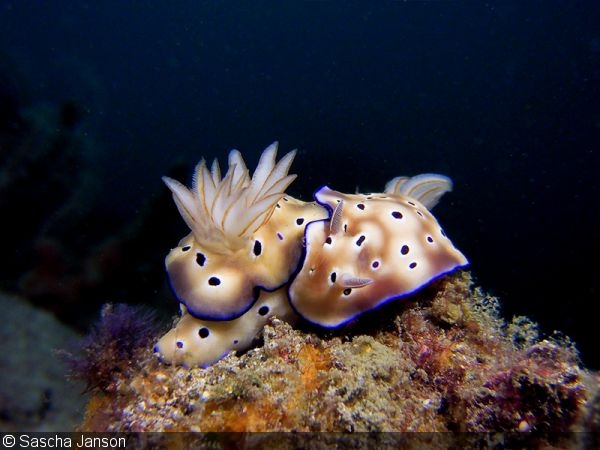 While the wide-angle of view on the Micro 2.0 is a treat for larger subjects, I needed to add a macro wet lens for smaller subjects, such as these nudibranchs

The Micro 2.0’s built-in fisheye, combined with a close-up wet lens, makes it possible to take close-focus wide-angle images of medium subjects like this frogfish

The Sea Dragon 1500 light features a CRI of 80, meaning the results don’t tend to look “cold” (have a blue/green hue)—in fact, they produce a natural look underwater. The Micro 2.0 features an “Underwater Mode,” designed to compensate for the loss of warm colors underwater, but this mode adds too much warmth (red tones) to a scene when combined with the lights. Switching to the “Land Mode” the colors looked much more natural, allowing me to shoot both photos and video with great color accuracy.

As a side note, unfortunately, the Sea Dragon 1500 does not have any LEDs that show you the current power setting. When switching on the light, it returns to the power setting where it was switched off, so I found myself often toggling through the different power modes with my hand in front of the light to find out what the actual setting was. It would be useful to have LEDs on the light to indicate the different power outputs. 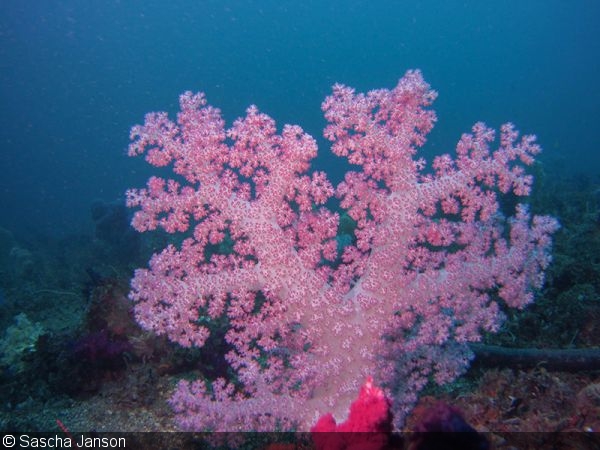 The combination of the 1500-lumen light and the wide field of view of the Micro 2.0 was a real benefit when taking images of large, colorful soft corals 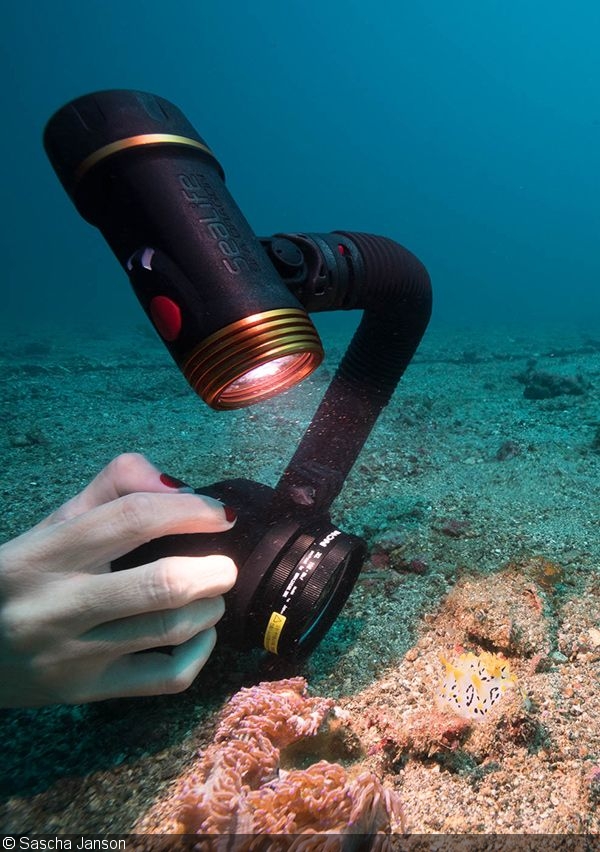 Video footage shot on the SeaLife Micro 2.0 with the Sea Dragon 1500

Using the Sea Dragon Duo 3000 with a Mirrorless Camera

When using the lights on my Sony a7R Mark II, I mostly wanted it on the highest power setting to light up larger scenes and provide enough light to shoot at closed apertures for maximum depth of field with macro subjects.

Shooting wide angle with my full-frame setup (Sony a7R Mark II and a Sony FE 16–35mm or Canon 8–15mm lens), the lights were not quite powerful enough to light up large scenes. However, I found that they were sufficiently powerful to light medium and close-focus wide-angle subjects, such as soft coral heads. 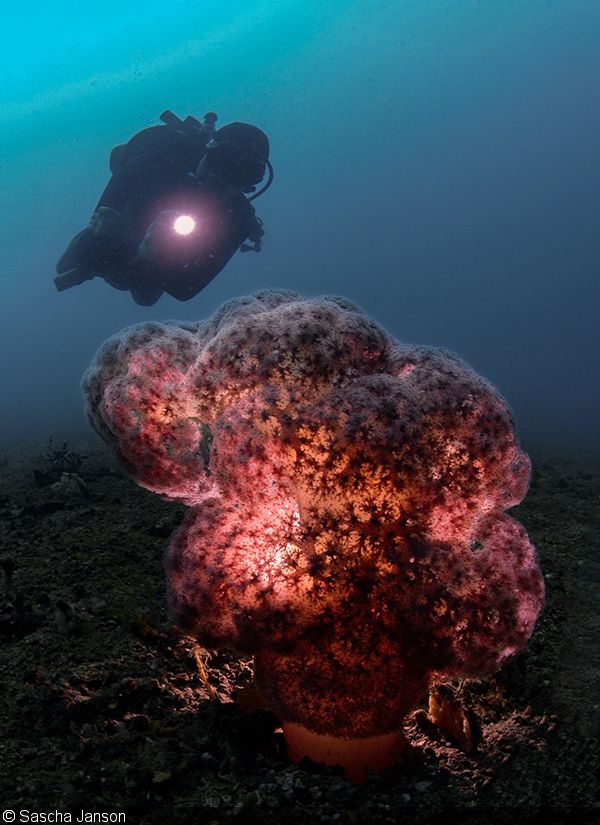 For macro and super-macro—for both video and stills—the Sea Dragon Duo 3000 performed well. The very compact size of the light made it very easy to maneuver and I could bring it close to the port, which helped make shooting macro video much easier. Around 4–6 inches (10–15cm) from macro subjects, I got great results. When further away, the ambient light was visible in the image, which resulted in slightly less vibrant colors. 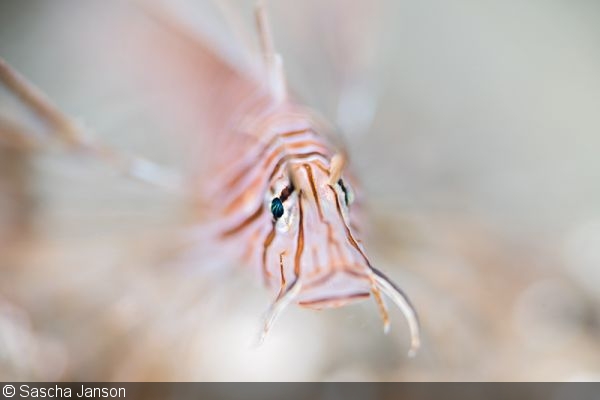 The ability to adjust the intensity of the Sea Dragon lights makes it possible to get creative with lighting. Here, I opened up the aperture and added just a touch of light to create a “creamy” bokeh effect 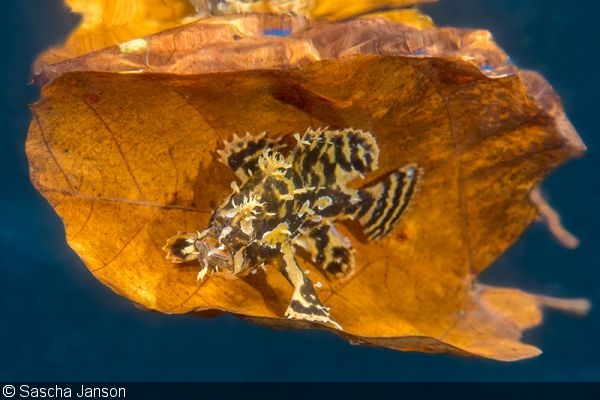 Combined with SeaLife’s innovative Flex-Connect arm system, a single Sea Dragon 1500 is a versatile light that packs enough lumens to tackle a variety of smaller subjects, and pairs well with a compact camera such as SeaLife’s Micro 2.0. Adding a second light with a dual tray, as with the Sea Dragon Duo 3000 setup, provides enough lighting for larger subjects. The high color rendering index of the light produces images with satisfyingly natural colors. In addition, if you’re shooting with strobes, a single Sea Dragon 1500 would make an excellent focus light.

For users with a more-capable mirrorless or DLSR camera equipped with a larger sensor, the better option would be the Sea Dragon Duo 3000 package, which gives you the ability to shoot good-quality macro video and stills with good depth of field. As one would expect, there’s insufficient light output to handle reef scenes or larger subjects, so in such instances, two high-output lights such as the highest-power lights in SeaLife’s range, like the Sea Dragon 2500, would make for a better choice. 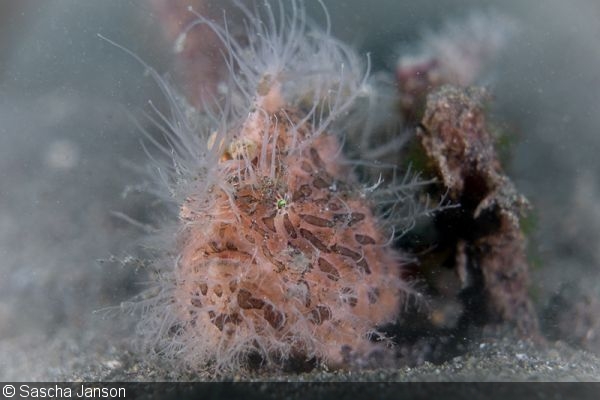 Using the Duo 3000 set provides even lighting and limited shadows, while bringing out detail in large and medium-sized subjects like this hairy frogfish

Normand Dupuis wrote:
Awesome
You must be logged in to comment.
Support Our Sponsors
Advertise With Us
Newsletter
Travel with us