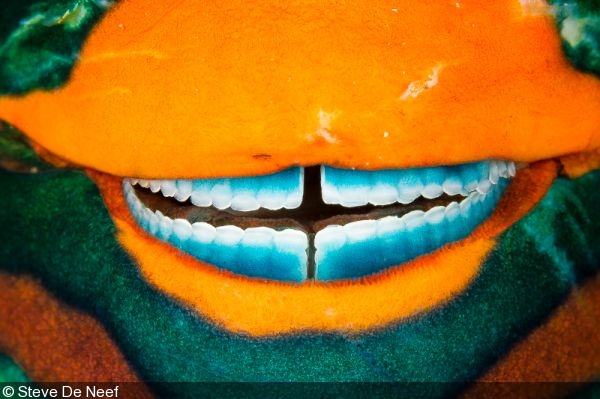 Photographer of the Week Steve De Neef has made a name for himself as one of underwater photography’s most dedicated photojournalists and videographers. Given the chance to showcase his range of beautiful imagery, Steve takes every opportunity to educate the public on the conservation projects he is documenting, often choosing content and message over pure aesthetics. Whether the topics concern local fishing, whale shark research, or shark finning, Steve is ready and willing to use his talents for the betterment of people and the environment. 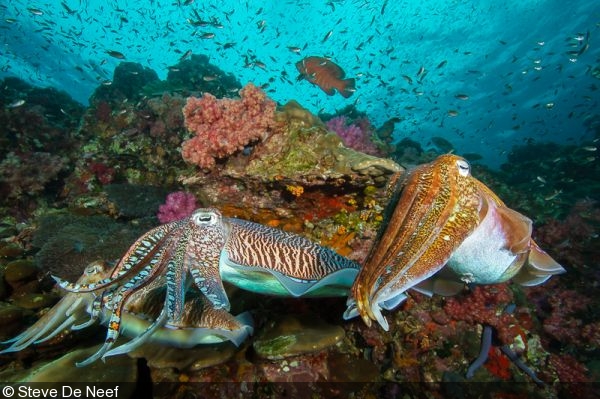 But let’s not allow this friendly, philanthropic Belgian off the hook too easily. Because let’s face it, we’re all naturally a little jealous of Steve once we learn about the animals he works with. Since 2012, Steve has been the media communicator for LAMAVE, which literally stands for “LArge MArine VErtebrates” project. That’s right, in the name of research and conservation, Steve not only gets to swim with cetaceans, sharks, rays, and turtles on a daily basis, but he gets to legitimately fight for their protection. And he’s not doing this off the cold Atlantic waters of Europe either, but rather in the beautiful, tropical waters of the Philippines. 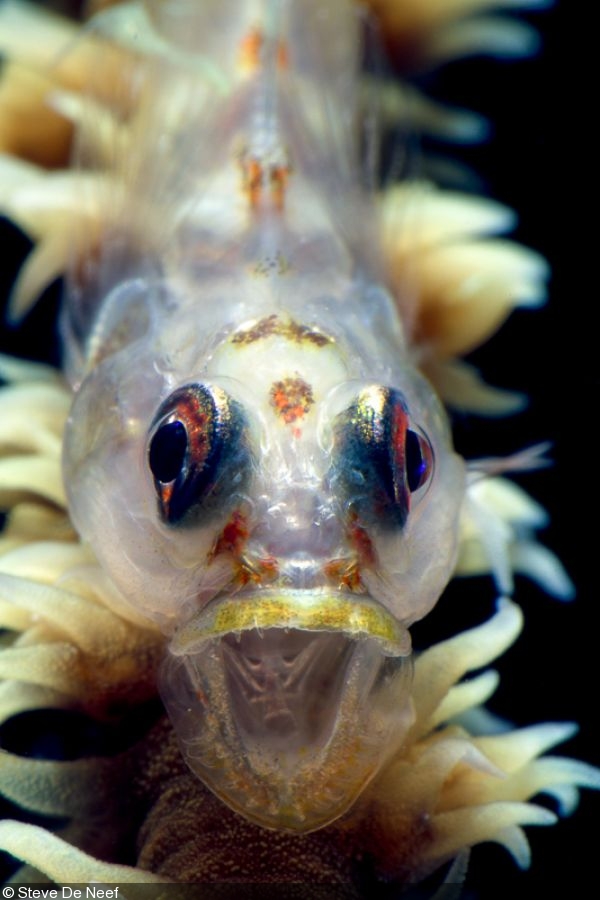 But all bitterness aside, Steve’s accomplishments and work are truly commendable. Often using freediving and natural light, his wholesome interactions with marine life and those who depend upon it for their survival, have been instrumental in educating people around the world about several of our oceans’ misunderstood issues. Through numerous publications and use of video footage, Steve’s contributions have probably touched your own conservation receptors in a way you didn’t even realize. So read the fine print in the bindings and pay attention to the scrolling credits, for somewhere in there is a modest, talented journalist who deserves a lot more recognition for his tremendous efforts than he receives. 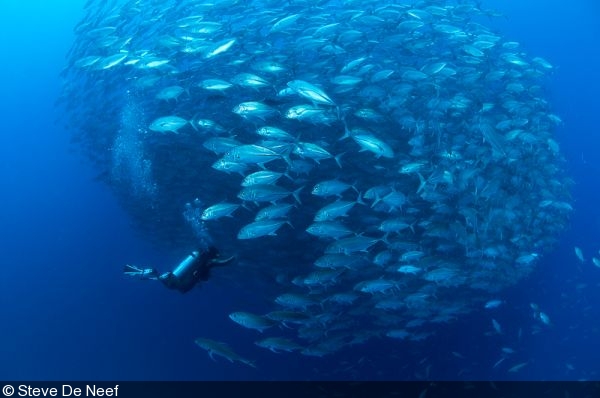 Diver in a school of jacks, Balicasag Island, Philippines 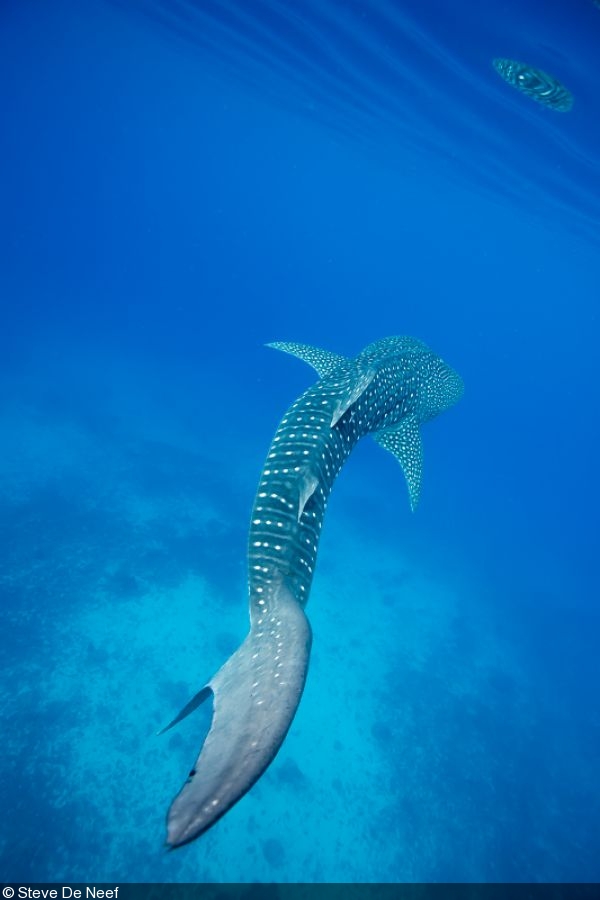 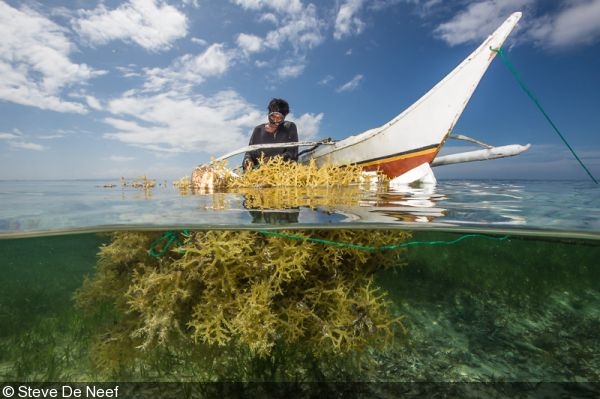 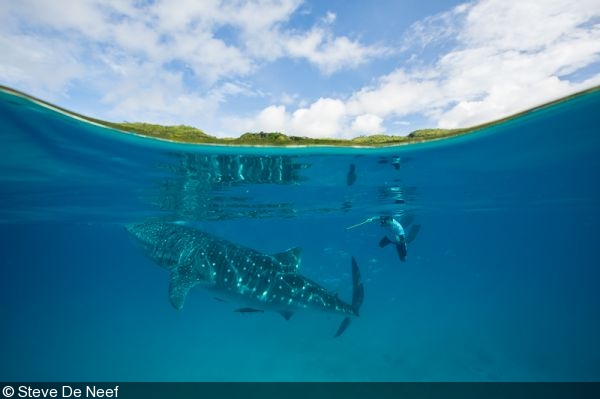 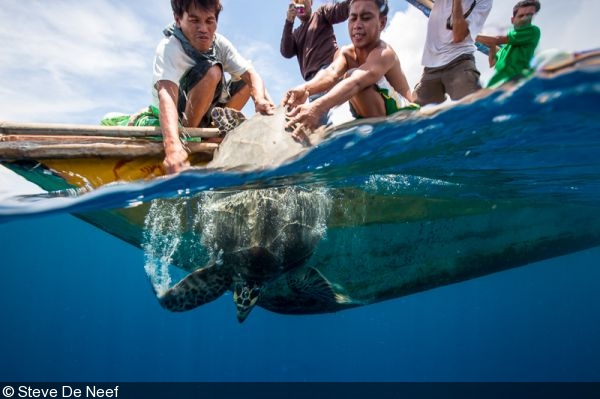 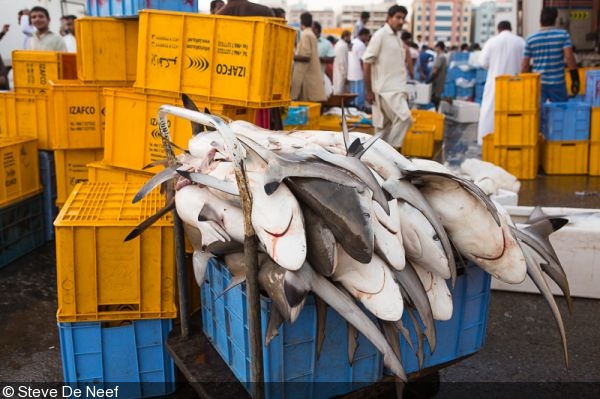 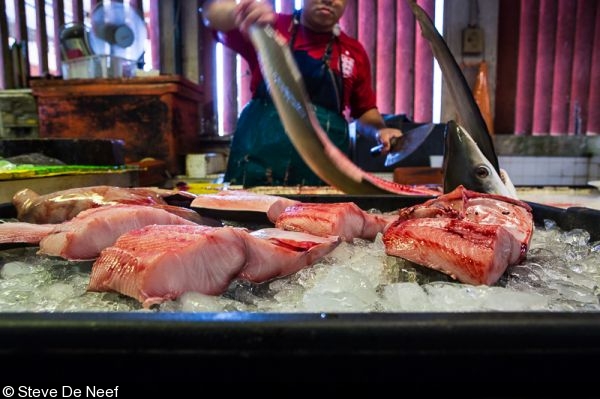 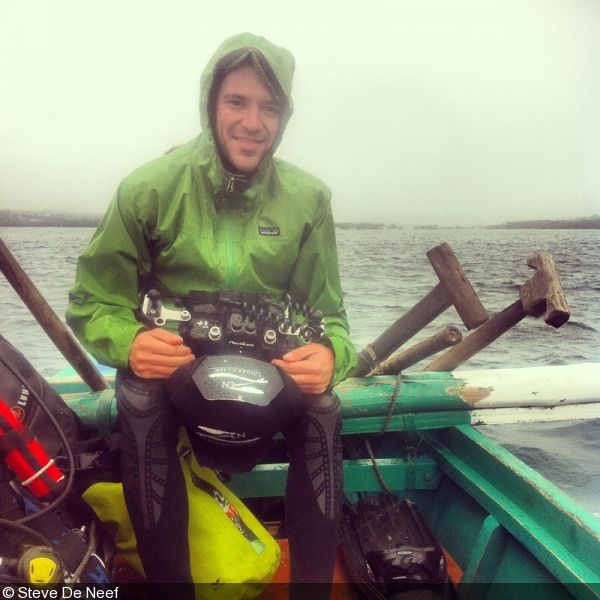 Steve in the field

To see more of Steve’s work, visit his website, www.stevedeneef.com.