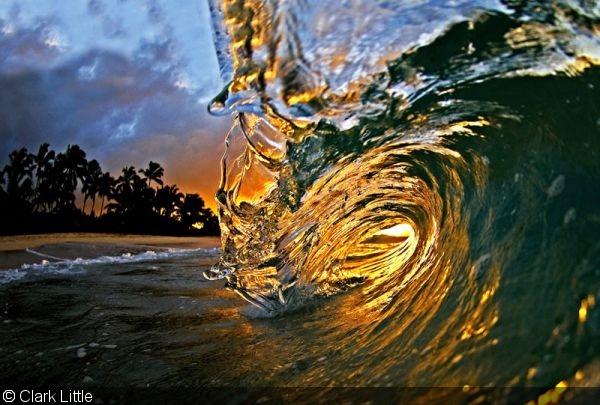 There are some subjects that remain invisible until a photographer comes along and illuminates them. That’s exactly what Clark Little does to waves. That’s right, just waves.

After pioneering surfing at the Waimea Bay shorebreak in the 1980s, Clark realized that his view from inside the surf was a unique one, which most people had never really seen before. But it wasn’t until his wife asked for an image to decorate their bedroom wall that Clark grabbed a waterproof camera and jumped in the ocean to photograph the powerful grace of Hawaii’s waves.

In just the last eight years, Clark’s images have gone on to adorn many other walls, and even won awards in prestigious contests such as Nature’s Best Photography and The Great Outdoors photo competitions. Just last year, Clark was honored to be named a Nikon Ambassador, featured in a unique “I Am Different” behind-the-scenes video looking at his surfer spirit manifested in photography. As part of our “Ditching the Tanks” month, we are honored to show Clark’s images in Photographer of the Week. 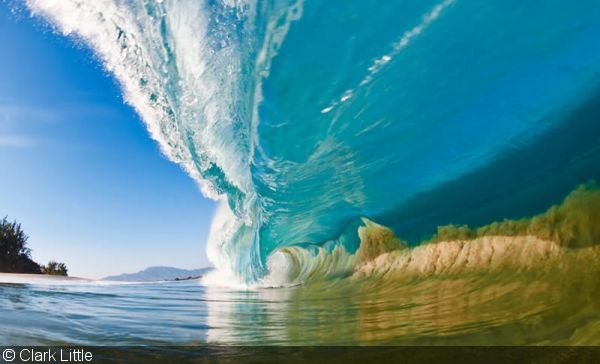 A large North Shore wave makes its way into a shallow sand bank, sucking the sand off of the sea floor into the wave itself 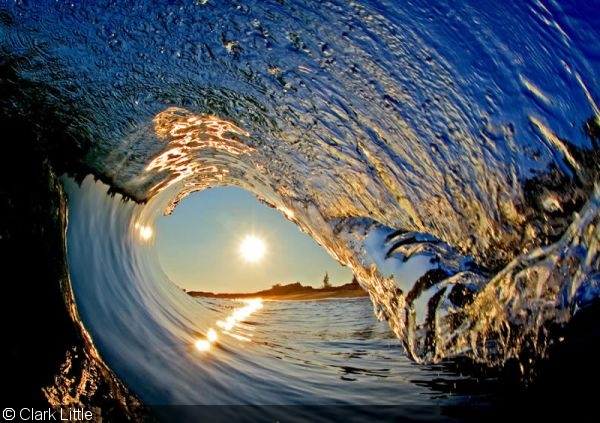 Sunrise from a secret spot on the North Shore. When it’s good, often Clark swims out in the dark and gets out of the water five hours later 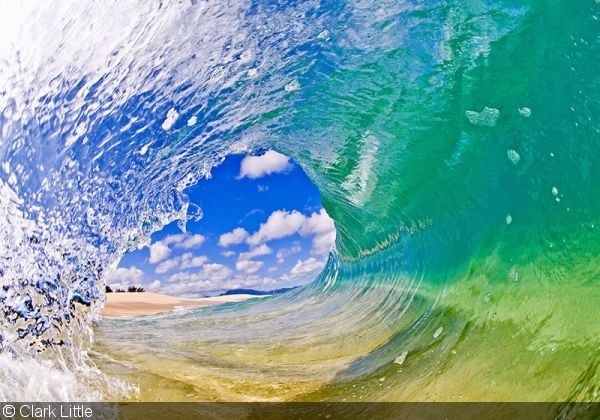 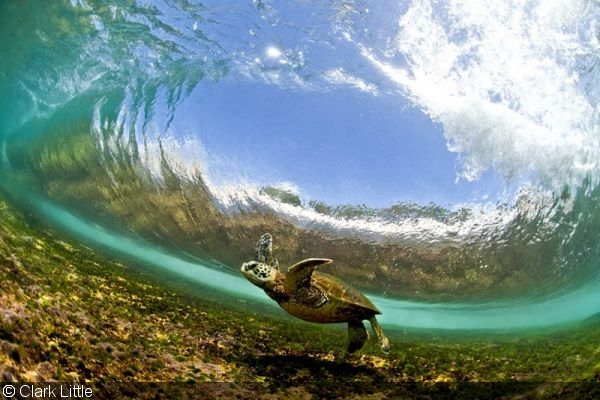 This Hawaiian green sea turtle (Honu in Hawaiian), barely gets under this pitching wave. Notice the bottom of the barrel less than an inch above the shell 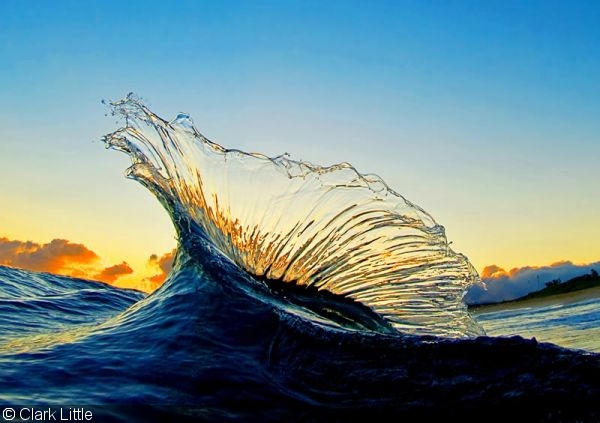 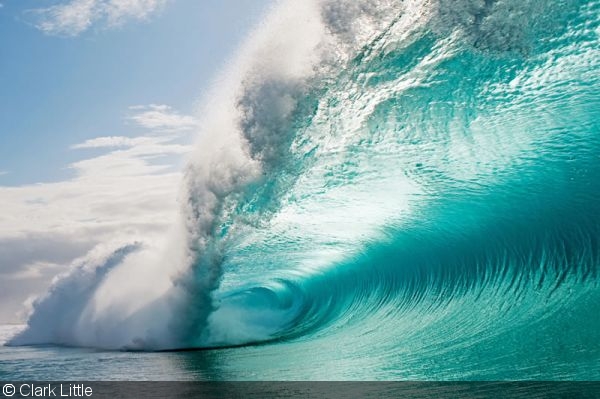 Often people mistaken this wave for Pipe, which is about a quarter of a mile away. The colors are different since there is no reef below this wave 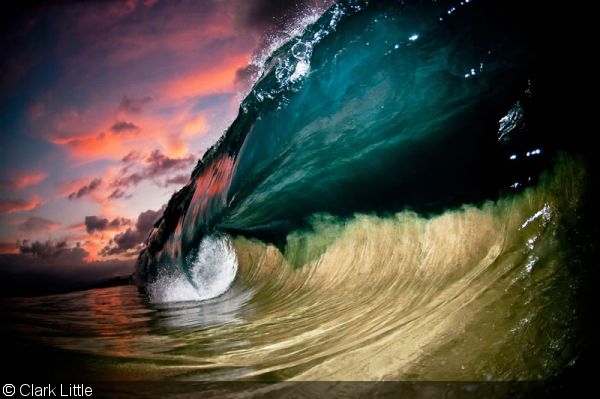 Where the light from the strobe flash ends, the remnants of the sunset colors fill in. Notice the sand getting pulled into the wave face, helping to define the wave 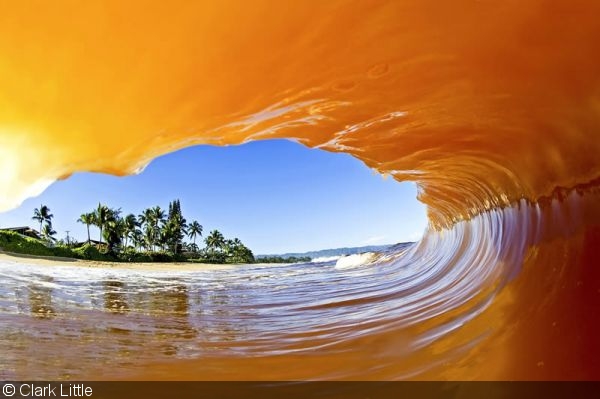 This image was shot after a historic 30 days of non-stop rain a few years ago. This was the first sunny day, so Clark jumped into the ocean, which was red from the massive red dirt runoff 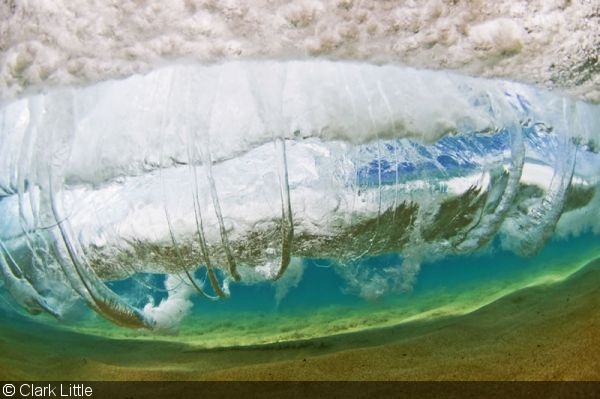 The view underwater looking at a barrel coming towards shore. A second later it is steamrolling Clark. This picture was on exhibit at the Smithsonian in Washington DC for six months this year and was awarded the Ocean Photography Award 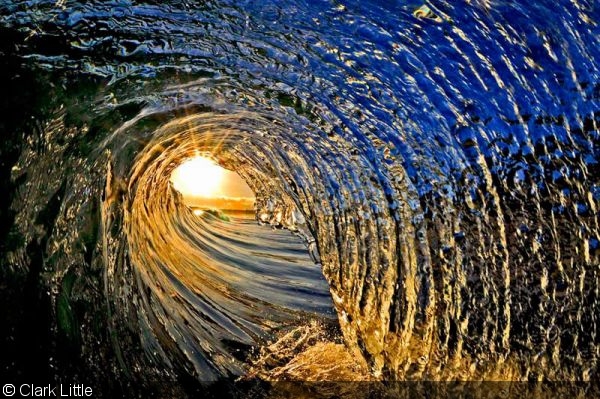 When a slight breeze hits the wave on ultra glassy mornings, it cuts facets into the wave surface creating a sunrise jewel 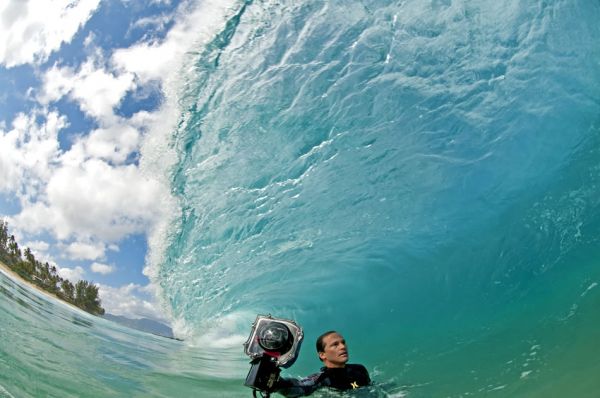 Clark waits for a wave to crash over him, just in time for the perfect shot

For more of Clark’s images, make sure to visit his website, www.ClarkLittlePhotography.com.