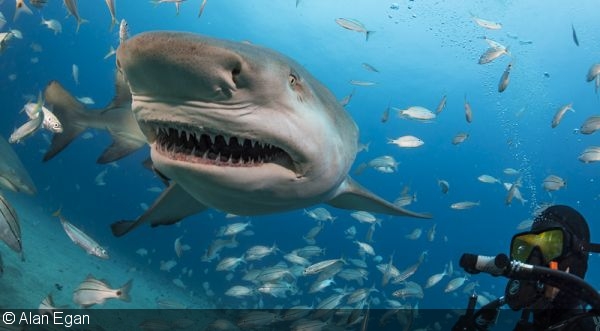 Underwater photographer Alan Egan packed up from Manchester, England, and relocated to Miami in 1984. Little did he know he would soon discover some of the best diving right in his own Florida backyard. Since then, he’s gone on to bring back stunning images from Central and South America, the Caribbean and Bahamas—but you can see the real passion for Florida, and its sharks, in the images below.

Alan is always trying to showcase Florida’s diving, as it is a “no-passport-needed” destination for Americans, but is so often overlooked. Alan simply says: “We have some of the best shark diving in the world in our own backyard.” 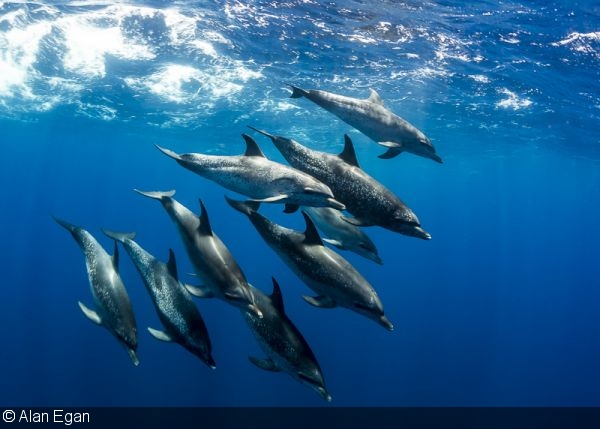 What a photographer’s dream: a pod of Atlantic spotted dolphins swimming in the Gulf Stream. The Gulf Stream is at its closest point in Florida at Jupiter, which is why Alan sees so many large species there 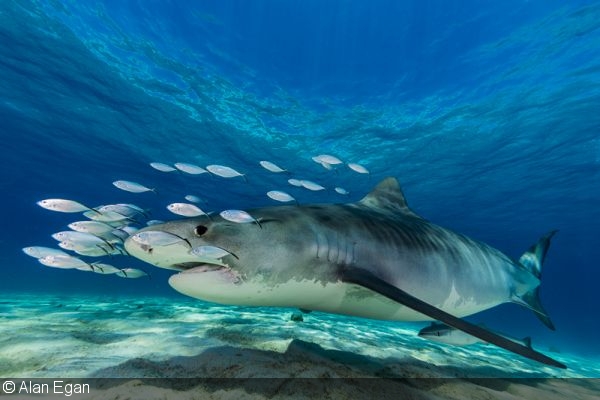 Tiger sharks are one of Alan’s favorite subjects. “So regal,” he calls them 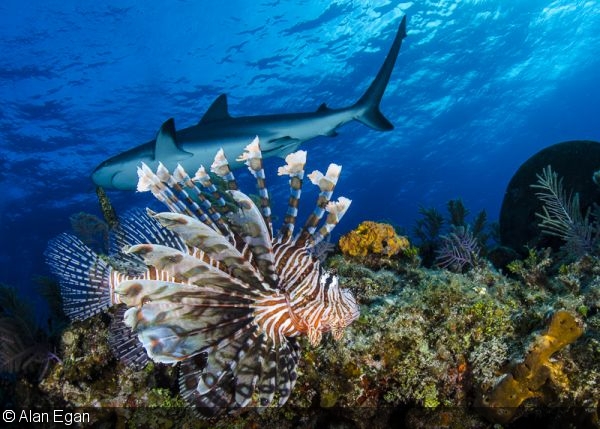 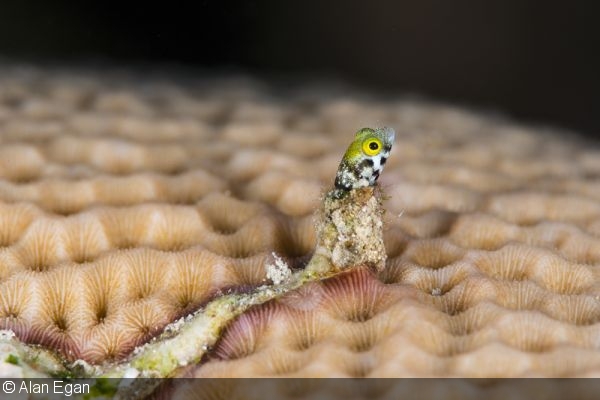 When Alan is in his home waters, he practices wide angle, but he loves practicing macro photography when he travels abroad 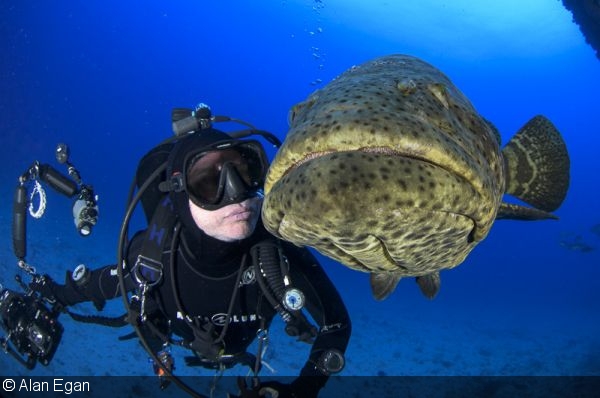 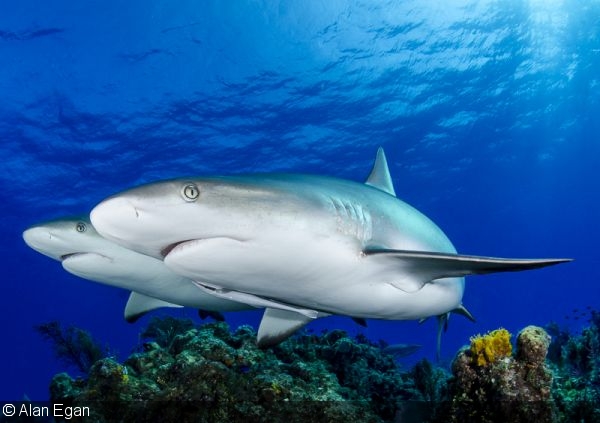 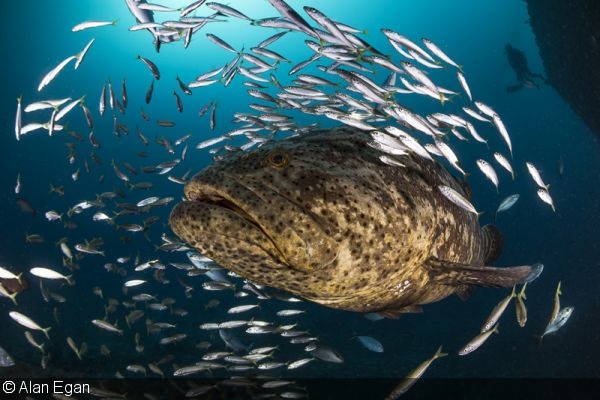 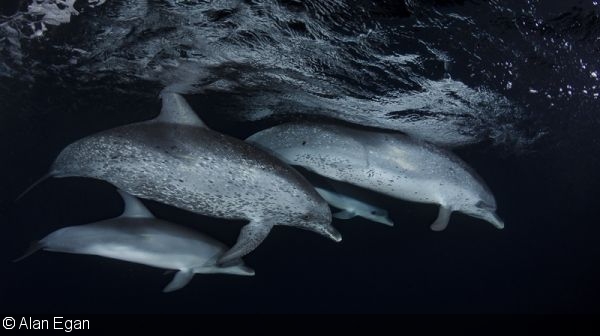 Spotted dolphins play near the surface at night 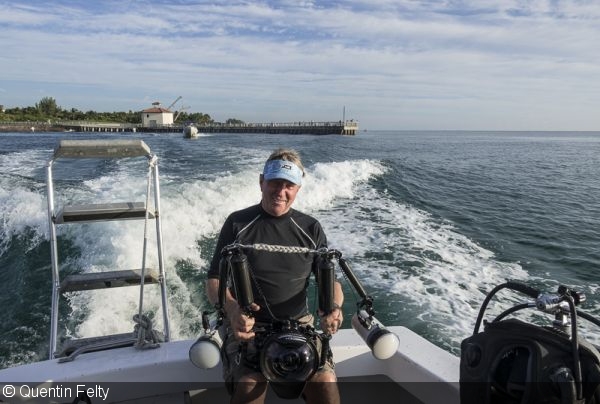 For more of Alan Egan’s work, make sure to visit his personal photography website.