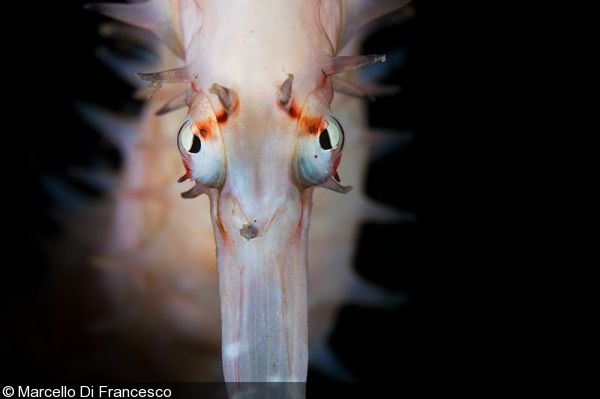 Scuba divers and underwater photographers in our community come from a multicultural and multidimensional spectrum of nationalities, personalities, and interests. Spanning from the far reaches of Brazil, Malaysia, and Norway to the great plains of the U.S., sultry coasts of Eastern Africa, and the frigid lakes of Finland, having such an eclectic array of folks with a very specific, common interest is extremely special. Many are fortunate to have a reef in their backyard accessible by shore; others have quick access to a boat to ferry them to sites. The remainder of us travel many hours or even days to scratch the scuba itch. And then there are some who can literally jump from their Vespa parked in front of their picturesque, ancient town, into the water, and then when they've had enough, get out and enjoy the fruits passed down from Roman Gods: cappucinos, homemade pastas, and excellent wine lists. 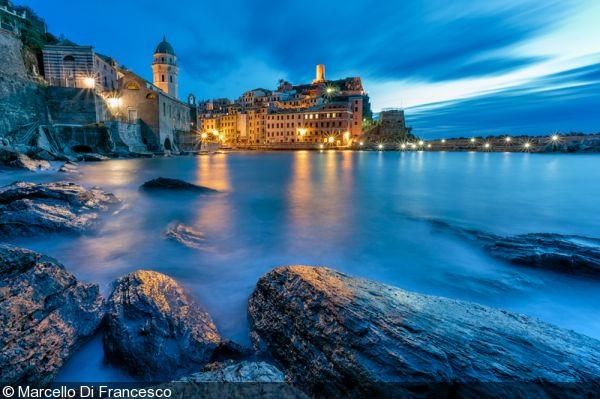 Okay, so really, this jealousy stems from Photographer of the Week Marcello Di Francesco’s topside images of his hometown, La Spezia, Italy, pictured above. Located at the top of “the boot,” not too far from Genoa, this cobblestone town will make you want to take your camera out of its housing for a little trip down an Italian historical lane. And though I might be jumping to conclusions about the lattes and the wine—but I hope not the Vespa (don’t kill my fantasy)—a mere glimpse at Marcello’s hometown images gives way to an understanding of why he developed such a fascination with the sea. 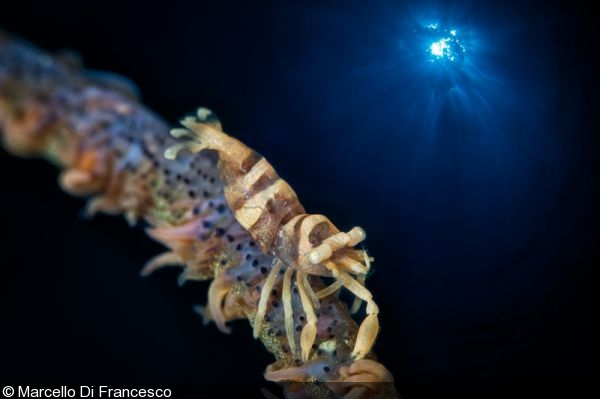 Marcello’s portfolio shows us that he has traveled extensively, taking an acute interest in macro and animal behavior, as well as larger reef and pelagic dwellers. Technically savvy, and creatively on point, he gives us a variety of accomplished experimentation, subjects, composition, and lighting. But he should be warned that, by disseminating images like those of La Spezia out in the world, he might accidentally herd a mob of photographer friends from around the globe who will be knocking on his door, looking for a tour guide, a dive buddy, and a cozy chamber to crash in afterwards! 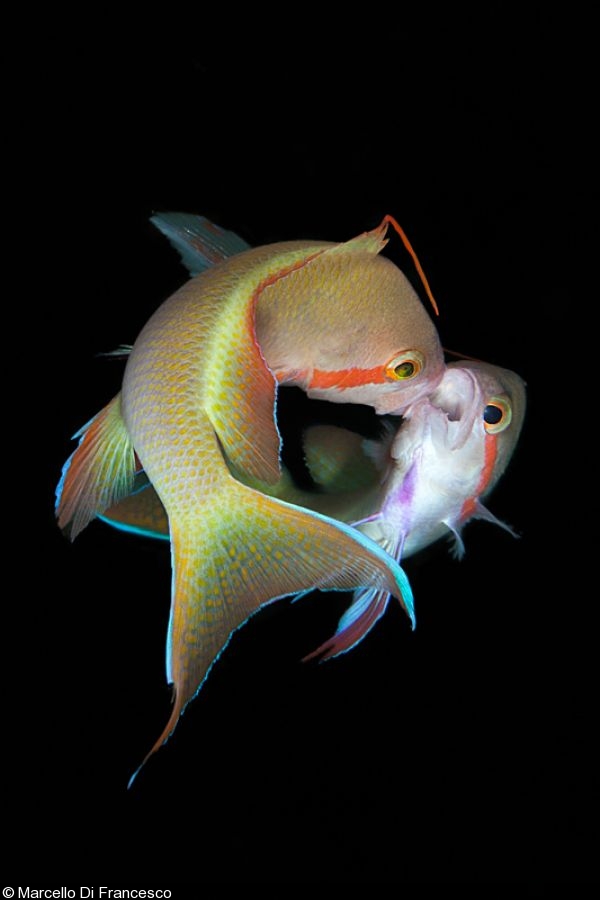 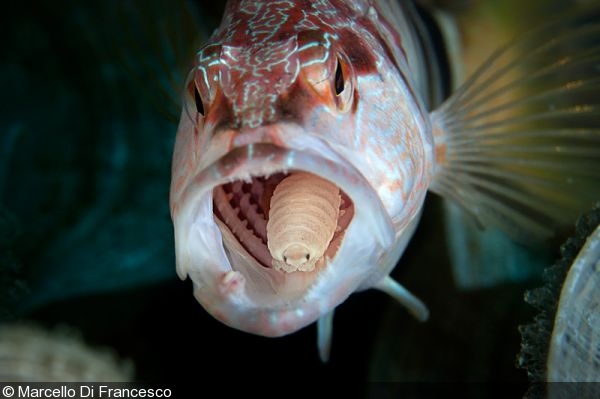 Cymothoa exigua, a parasitic crustacean that attaches itself to the tongues of fish, Levanto, Italy 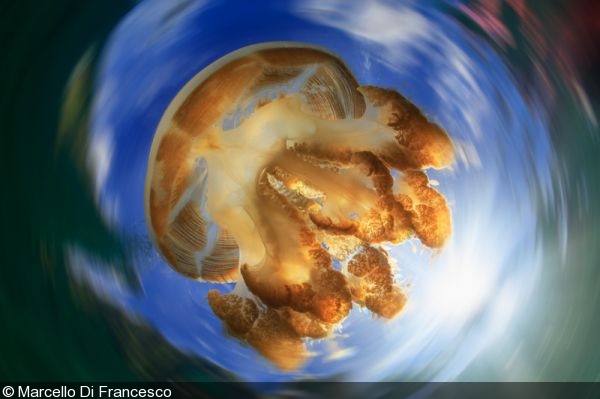 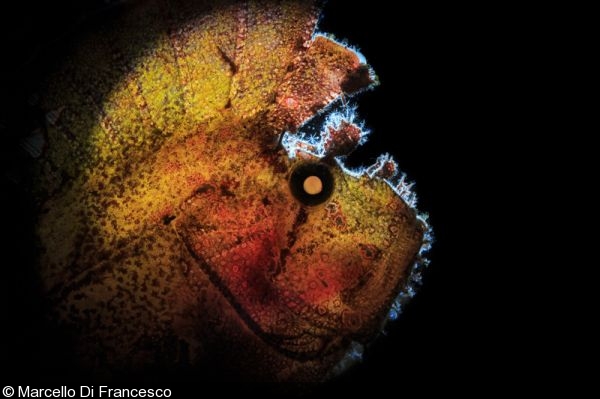 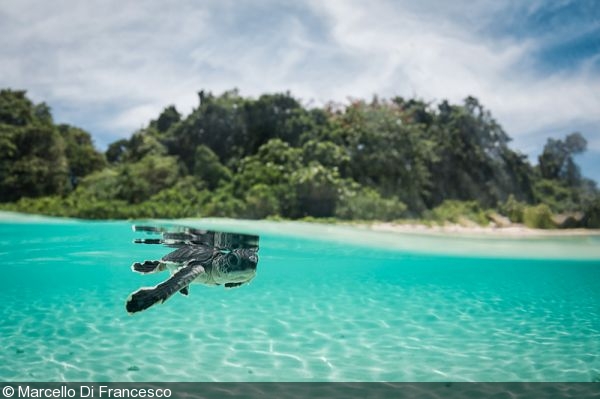 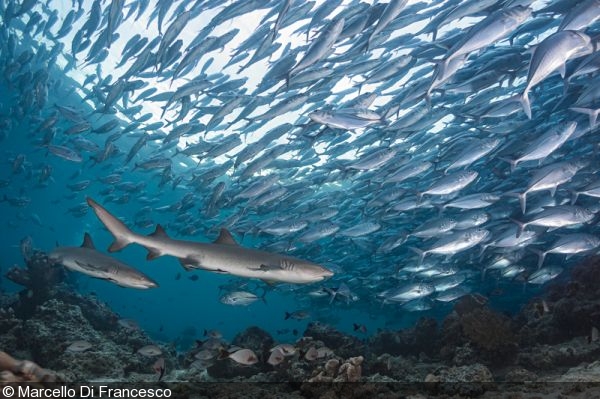 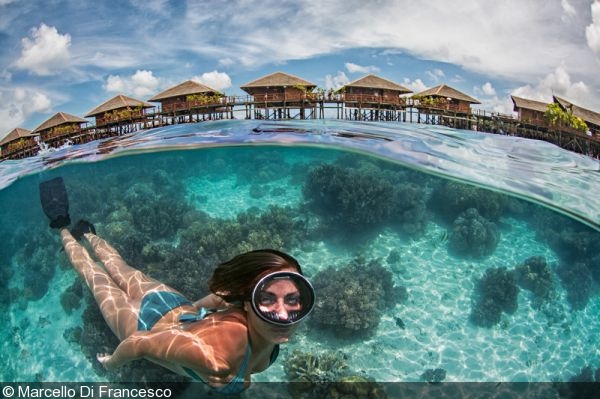 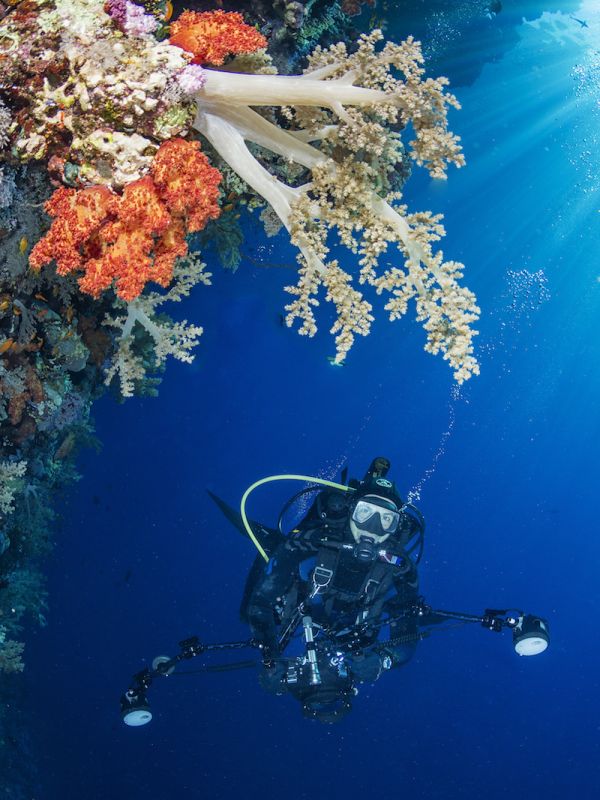 To see more of Marcello’s work, visit his website www.marcellodifrancesco.com.