Pulau Bangka is a beautiful little island that lies between the Bunaken Marine Park and the Lembeh Strait, probably the most famous diving areas in North Sulawesi. Among divers, it is well known for its high density of soft corals and, in particular, for its three different species of pygmy seahorses. But after local government allowed a Chinese mine to be established there, the tiny island has been making headlines for all the wrong reasons. 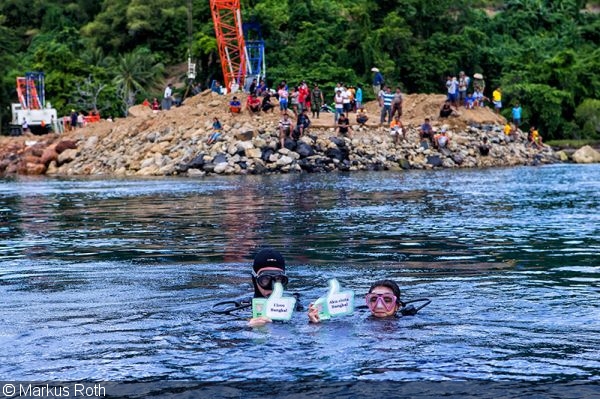 Bangka’s nightmare began back in July 2008 when the governor of North Minahasa, Sompie Singal, granted PT Mikgro Metal Perdana (PT MMP), a subsidiary of the Aempire Resource Group based in Hong Kong, mining exploration permits for iron ore. Twice these were tacitly and secretly extended, and the license for the 2,000-hectare site was expanded to cover “iron ore and other minerals” in 2012.

The vast majority of the inhabitants of Bangka and the local resorts are opposed to the mining plans. They fear that a large-scale mining operation and the associated environmental pollution will destroy the sensitive ecosystem of Bangka, the Lembeh Strait, and the Bunaken Marine Park, taking away residents’ traditional means of making a living. 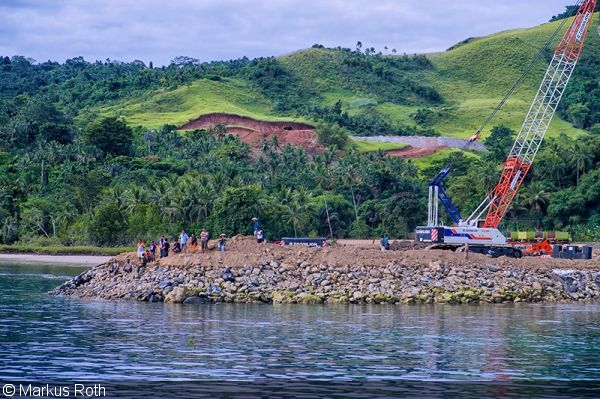 Instead of a floating jetty, the mining company constructed a solid jetty, damaging the Sipi dive site 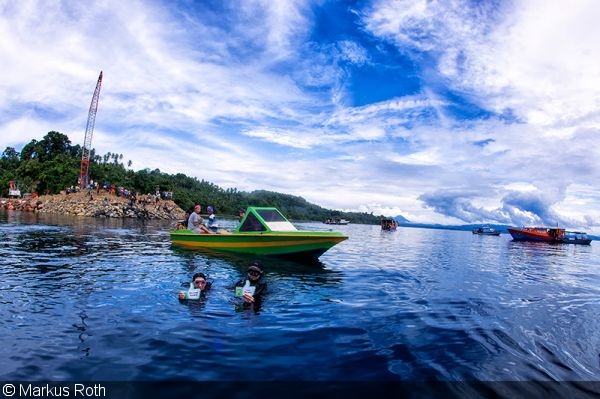 “For me, an incredible number of childhood memories are connected with the island,” says Angelique Batuna-Charlton, owner of Murex Dive Resorts in Manado and Bangka. “My father taught me to dive here a good 30 years ago. Seeing this small jewel in such danger is extremely painful for me.”

Back in the mid-90s, her father, Dr. Hanny Batuna, fought against a Chinese cat food factory that stretched huge nets across the entrance to the Lembeh Strait and took all the creatures that passed through on their annual migrations. Hundreds of dolphins, mantas, whale sharks, and other pelagic sea dwellers fell victim to this net, despite efforts by Dr. Batuna and American Bob Marinos to destroy it, which they did repeatedly.

“It’s probably in my genes,” says Angelique, as she talks about her work in the WWF and her involvement in the “Save Bangka” initiative, which has prominent supporters in the shape of Greenpeace and Indonesian rock star Kaka Slank. An online petition has been set up to raise awareness, as have Facebook, Google Plus, Twitter, and YouTube profiles. 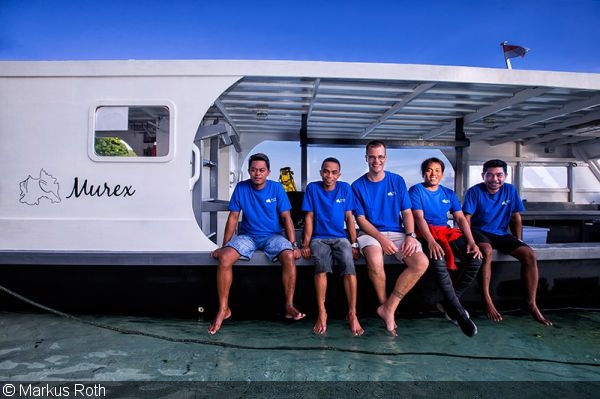 With the help of people like Angelique Batuna-Charlton and Katrin Weise from Pulisan Jungle Resort, who had previously fought in vain against the establishment of a gold mine in the area, the residents of Bangka and the resort owners instituted proceedings at the Administrative Court in Manado, referring to an administrative law stating that mining on islands of less than 2,000 square kilometers is illegal. As it covers only around 48 square kilometers, there is no question that Bangka should be protected by this law.

However, the court in Manado rejected the action, and the inhabitants and resort owners were forced to appeal to the Higher Administrative Court of Makassar (South Sulawesi). In March 2013, the Higher Administrative Court quashed the verdict of the Manado court, with the judges accepting all of the plaintiffs’ points and rescinding the mining permit and its extension. 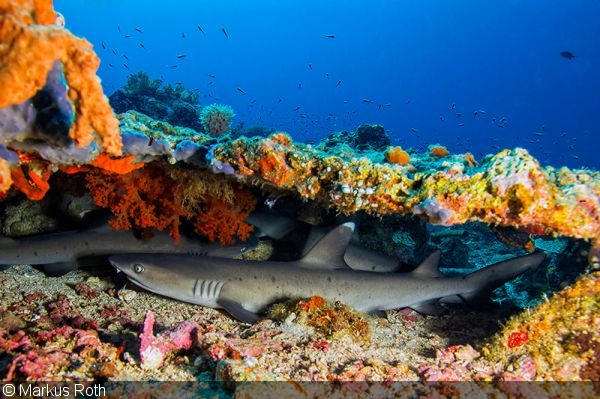 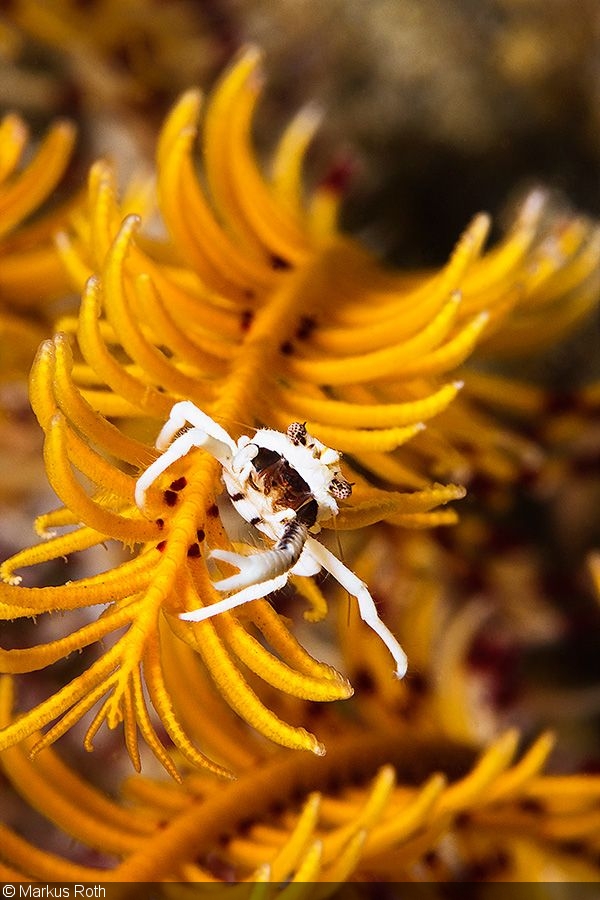 “It was like a roller coaster ride,” explains Angelique. “Each time we thought that we had won, there was more bad news. “ Instead of accepting the verdict of the court in Makassar, the governor and PT MMP appealed to the Supreme Court in Jakarta. Moreover, the governor simply ignored the verdict, issuing, in July 2013, a decree on the environmental feasibility of iron ore mining, the construction of an iron and steel works, and the building of a jetty for Bangka.

Even the rejection of their petition by the Supreme Court in Jakarta did not stop the mining company and the governor. The latter granted PT MMP permission to begin preparatory work for mining, and the first equipment was brought to the site in February 2014. In addition, contrary to the mining company’s statements, it was not a floating jetty that was erected; instead, large rocks were built up on the coral reef to create a permanent jetty. 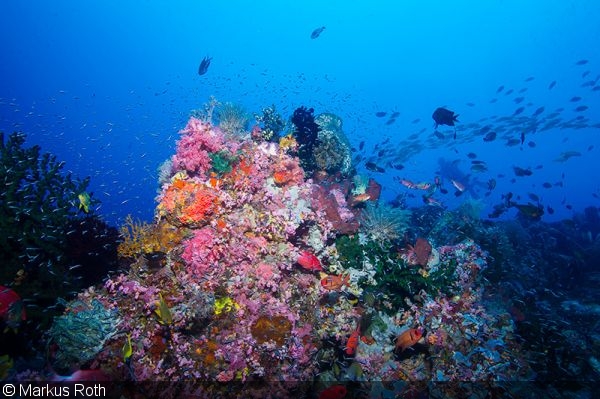 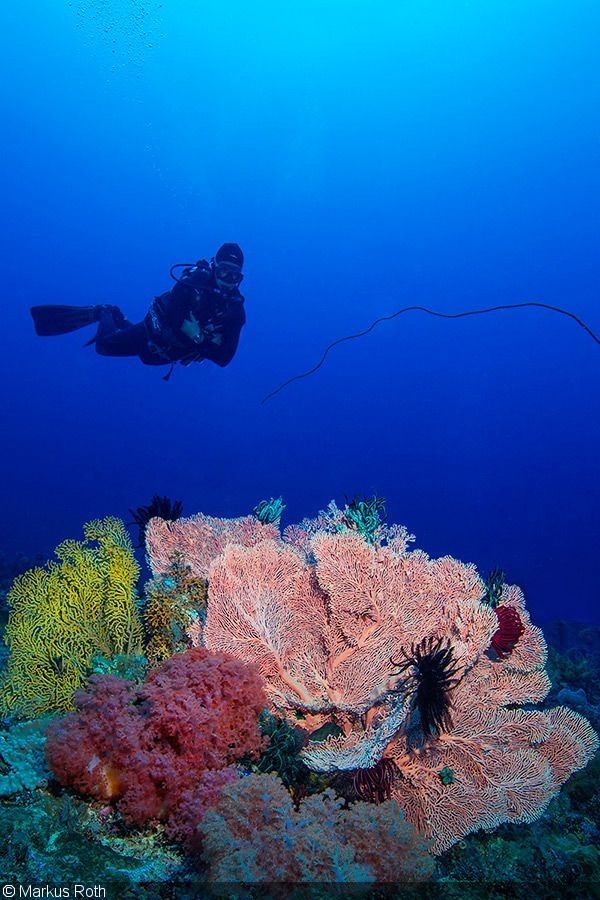 The extent of the damage to the once-healthy reef at the Sipi dive site is difficult to describe. Other dive sites are still pulsing with life, home to intact reefs with beautiful soft corals and an impressive variety of species. At dive sites like Sahaung, there is even a population of whitetip reef sharks, though admittedly a small one.

For Sven Judith, a guest at Murex Resort Bangka, it is “the best thing that I have seen in my—albeit still very short—diving career. When I think what it might look like in two years, it breaks my heart.” For Aswar Anas, who has worked as a dive guide on Bangka for more than five years, the loss of the ecosystem would be doubly hard: “Not only would I lose my job but also something that I really love. For me, there is nothing better than showing guests the magical array of marine species to be found in my country. I would miss all of the happy faces after a dive.” 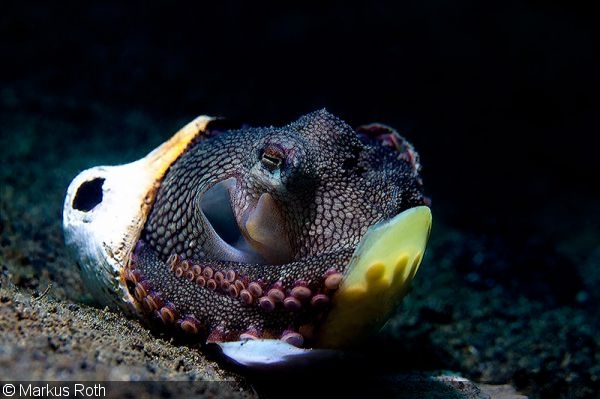 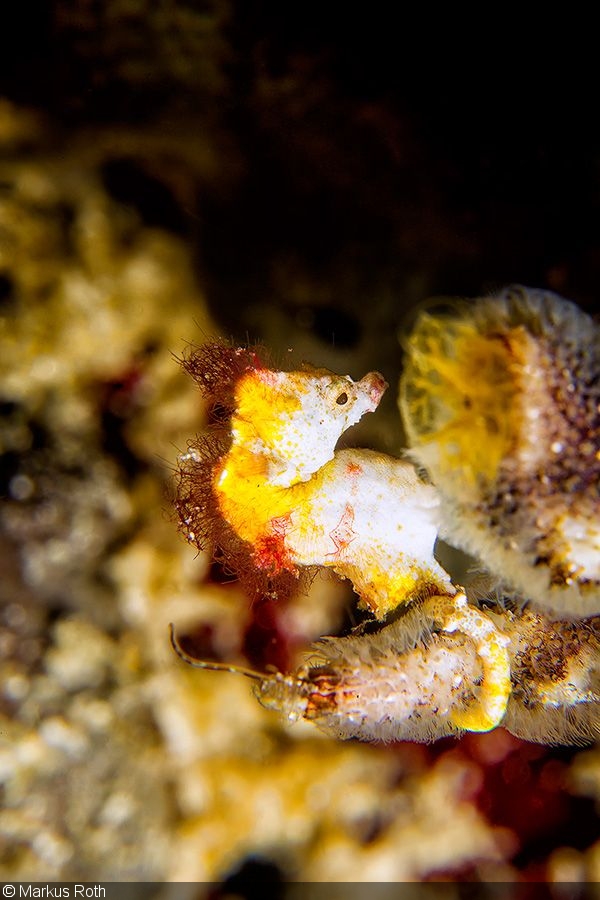 Even as new mining material is brought to the island almost every week, the resistance of the island’s residents and the resorts continues unabated.  For Angelique Batuna-Charlton and the other activists, capitulation is not an option. “I would never forgive myself for standing by idly while our natural environment, which provides a livelihood for many thousands of people, falls victim to short-term overexploitation by a mine. It’s just not in my nature.”

Visit the following sites to find out more, get involved, and sign the petition to save Bangka:

Author Markus Roth’s work appeared in Photographer of the Week in October 2014.