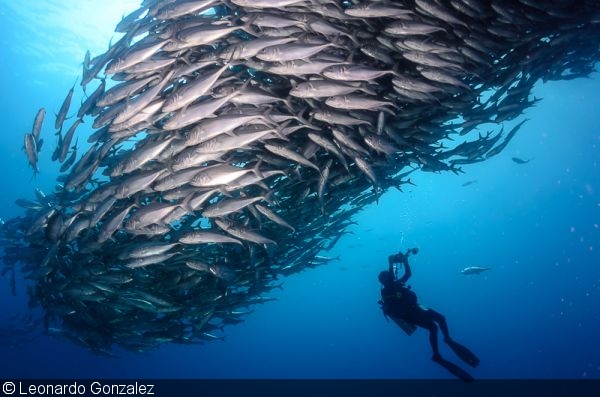 The Gulf of California, a narrow 700 mile-long sea that splits Baja California and mainland Mexico, is home to over 800 species of fish, 2,000 invertebrates, a host of marine mammals such as whales, dolphins, orcas, sea lions, and large numbers of mobula rays. Also known as the Sea of Cortez, the region boasts 256,000 hectares of mangroves, 600,000 hectares of wetlands, and 70% of Mexican fisheries. Simply put, this area is one of the most productive ocean regions in the world. But it is under threat.

A few decades ago, the Bay of La Paz, which lies at the southwestern end of the Gulf, boasted countless hammerhead sharks, giant manta rays, and pristine rocky reefs. Some explorers claimed that the diving was even better than the Galápagos and Cocos. Studies in the late 1970s documented hammerhead schools of over 200 individuals at El Bajo, an unprotected seamount located off Espiritu Santo Island, just north of La Paz. As the famous oceanographer Sylvia Earle once said, “There were so many hammerheads as stars in the sky.”

Experts can see the effects commercial fishing and global warming are having on the rocky reefs. The marine megafauna has decreased hugely, taking many endemic species to the brink of extinction. While there are efforts to stop the trend, we are certainly working against the clock. There are many organizations around the Baja Peninsula that are trying to reverse decades of exploitation. 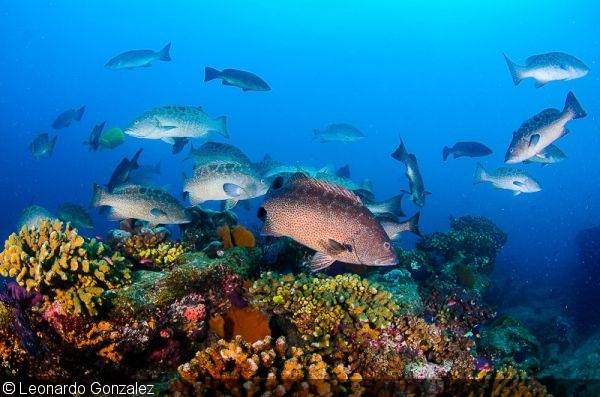 The Gulf of California is one of the most productive ocean regions in the world, but it is under threat

Cabo Pulmo, a national marine park at the eastern cape of southern Baja California is an area that once suffered from overfishing, but thanks to active participation in management and surveillance, it is in very good condition today. Although it is normal for no-take marine reserves like Cabo Pulmo to exhibit increases in biomass after designation, the increases at Cabo Pulmo are believed to be the largest recorded by scientists.

Since 1995, when it was designated as a marine protected area (MPA), Cabo Pulmo has experienced a remarkable resurgence of marine life. Total fish biomass within its boundaries has increased by more than four times. The biomass of top predators has increased by more than 11 times. Both of these trends strongly counter those for fish populations elsewhere in the Gulf. In unprotected areas, biomass has remained level or decreased. 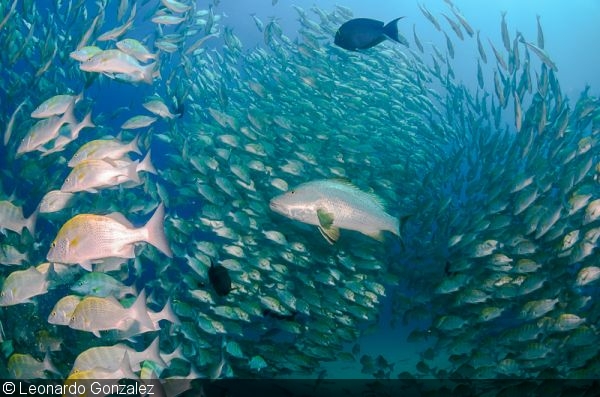 The biomass of top predators in Cabo Pulmo National Park has increased by more than 11 times, making it one of the most successful MPAs in the world

The creation of Cabo Pulmo was a decision made by the local community. In the decades preceding the MPA designation, the local community used to be very fishing-dependent. The founders of the town were pearl oyster divers, and later they exploited sharks and reef fish species such as groupers and snappers. When they overexploited the resources on their reefs, they had to start traveling to other areas of Baja California to fish. The community requested the designation of the park to stop the degradation of coral habitats and to help the reef ecosystem recover.

Since then, several locally owned, small-scale tourism operations have grown and thrived because of the park and have economically benefited from the recovered ecosystem. Ten years after the designation, the presence of top predators in Cabo Pulmo proves that this marine reserve represents a success story for the recovery of sharks in the Gulf of California. 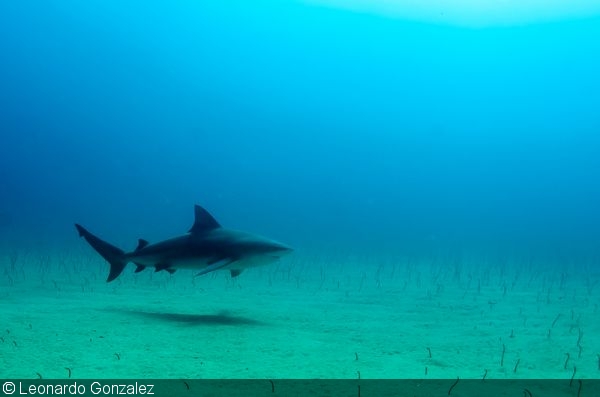 Teaming Up with Scientists or an NGO

Some organizations offer unique opportunities for scuba divers and photographers who want to get involved in conservation efforts. Through citizen science programs, divers are able to support scientists in their research—whether in the Sea of Cortez or elsewhere. And taking part in ocean-related research gives you photographic opportunities you might not otherwise have. 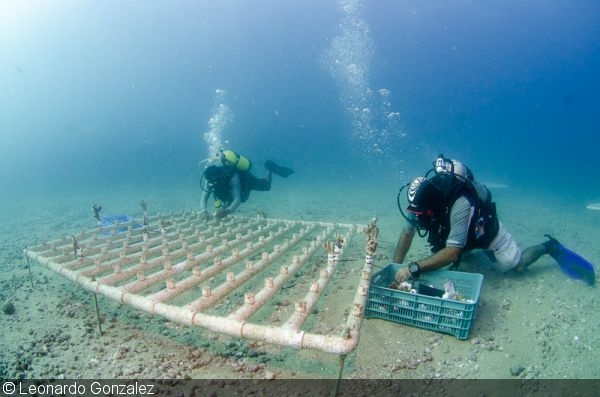 In La Paz, many NGOs are tackling different conservation challenges: 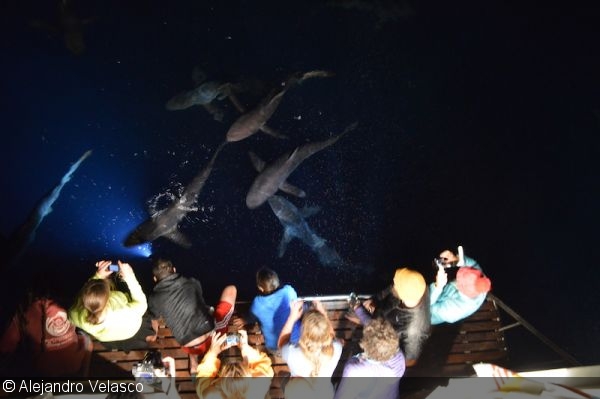 During citizen science programs, divers are able to support scientists in their research to Socorro Islands, Guadalupe Island, and the Sea of Cortez 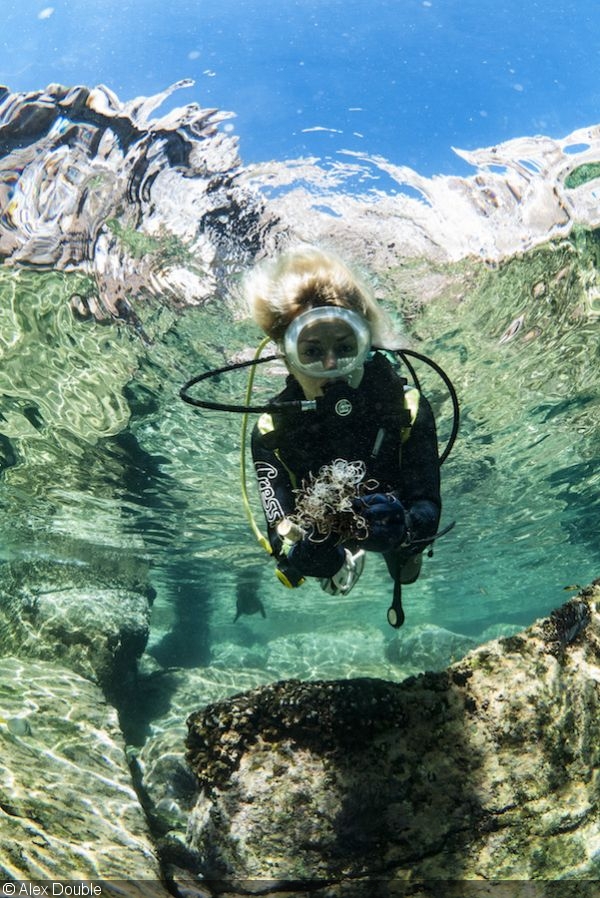 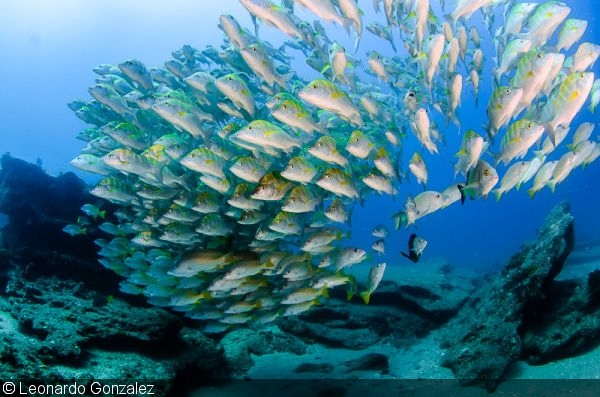 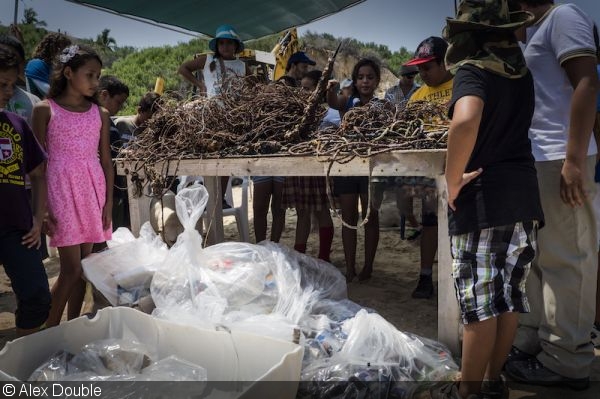 Be a responsible consumer

The plain truth is, the vast majority of the population will never descend below the waves. Without imagery, it would be very difficult to garner support for the preservation of life in our seas. It is always said that an image is worth a thousand words, and for the underwater realm, this couldn't be truer. Nowadays, every diver with a camera, whether shooting video or stills, has a great opportunity to be an ambassador for the planet—a voice for those beings that don't have one.

The oceans remain a huge unknown extension of the world—mankind knows more about outer space than about this barely explored “inner” space. By sharing underwater images with the non-diving community, we can create an appreciation for the underwater environment. It's a way to bring the sea to everyone's doorstep. 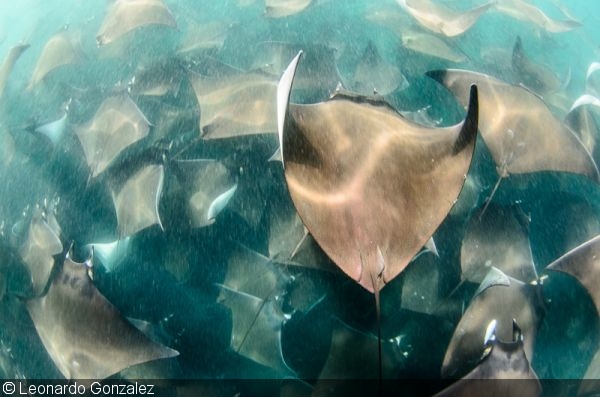 A school of mobula rays in the Sea of Cortez

For example, documenting the huge mating aggregations of mobula rays in La Paz Bay is a great challenge. Every year, during the months from February to June, thousands of devil rays (Mobula munkiana) tend to form large schools in and around the bay, with individuals jumping high out of the water with some amazing acrobatic moves. New ecotourism activities (night dives at Ensenada Grande in Espiritu Santo Island), which draw in many underwater photographers, have led to the recognition of their importance in the ecosystem. Since the locals have found a sustainable way to use this resource, their conservation efforts have resulted in improvements in fishing regulations.

Despite the technical and artistic aspects of photography, anyone with a camera in the right place at the right time has the opportunity to document natural phenomena that can help raise awareness with the general public, and most importantly, increase the limited knowledge we have about our seas and their inhabitants. On the other hand, photography is also a powerful tool to document the harm we have waged on the sea—or any ecosystem for that matter.

There are many, many ways that you can have a positive impact. Doing your part is really quite simple and can be contagious. And if you do break a sweat, it will be well worth it! 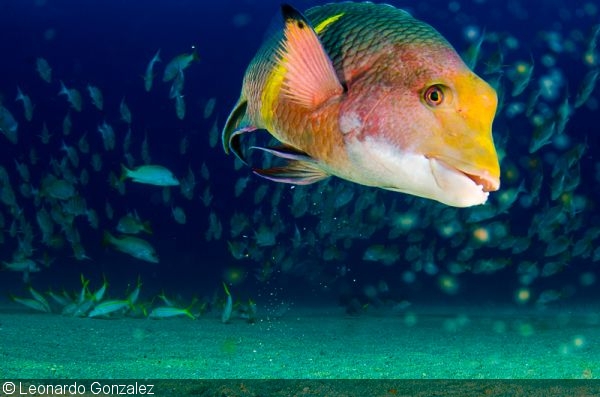 Czewar Czewar wrote:
Nice!
You must be logged in to comment.
Support Our Sponsors
Advertise With Us
Newsletter
Travel with us