This was the first Dive my Mrs., Carla, dived with me since our daughter was born, so it had been a long time since we were in the water together. She really is a great model and understands exactly what I want her to do, where I want her to be and knows the right body posture and hand light positioning crucial to underwater modeling.  I'm really blessed to have her as a model. 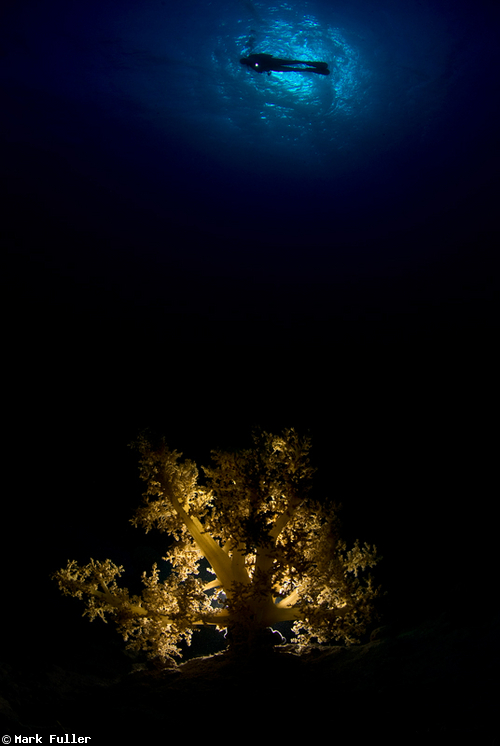 The Idea -
Before entering the water I gave Carlas a brief explanation of what type of shot I wanted and a quick reminder of  hand signals and we were set. I had a shot in mind and executed it a few days before but was alone without my trusty model. The image I wanted had a dark background, with a diver as a silhouette blocking the sunball, and the backlit soft coral in the foreground.I just hoped I would find the exact same soft coral again.

This one in mind grows right down on the sea bed with a drop-off behind it, providing the perfect work space to place a hidden slaved strobe. Additionally, I did not want much clutter around the coral because it was important to the composition that the  "little tree" was highlighted.

The Shot -
The coral grows right on the sea floor, which meant being in the water at 7am to be able to catch the sun while it was low in the sky. Even with a 10.5mm fisheye, I wanted ensure that I could get the sun in the frame without forting the perspective of the soft coral too much.

After a 15 minute swim on the surface, finning on our backs, we dropped down fairly close to the spot, and found the coral, which lives at around 22m. I handed my housing to Carla and placed a strobe mounted on a Gorillapod with a slave sensor about 20cm behind the soft coral pointed 45 deg upwards and waited a minute for some silt to settle

While I did some test shots, Carla moved upwards to get into position. First I made sure the sunball was correctly exposed by shooting without strobes and metered for a black sea and dark blue sun. 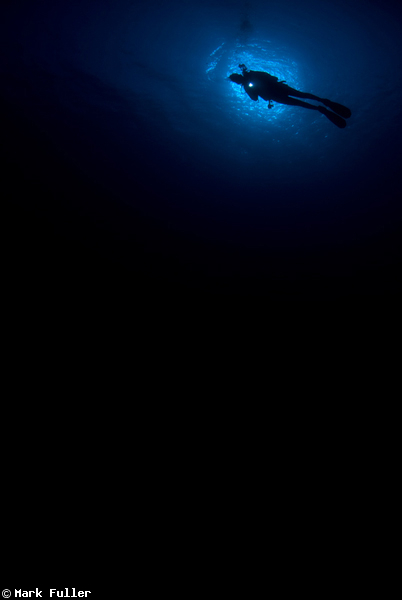 Then I tested that the slaved strobe was firing. 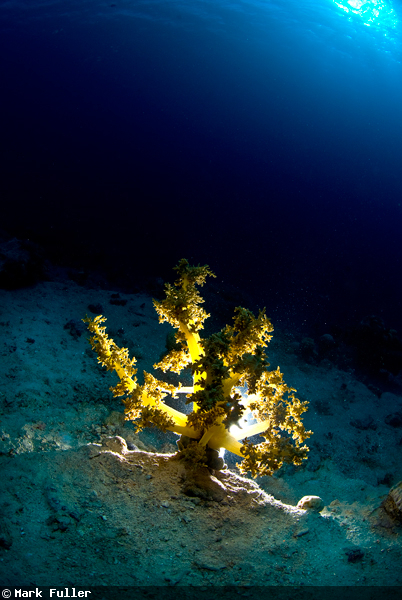 I was shooting a fast shutter speed, 1/200th, my max sync speed, to get a dark background. I then settled on f22 which gave me a large depth of field, helping to keep the diver and sun in the background in focus as well.

As for the model it was just a matter of finding the right depth, I wanted her pretty far out to give a real effect of depth, and waiting for the current to move her into place while hoping she wouldn't exhale in the sweet spot.

Servaas Luckhoff wrote:
Incredible! Thanks for describing how you created this shot.
You must be logged in to comment.
Support Our Sponsors
Advertise With Us
Newsletter
Travel with us