Peter Hughes knows a thing or two about starting a scuba diving business.

When Hughes launched the DiveEncounters Liveaboard alliance in 2010, it became the 21st diving business venture notch on his illustrious weight belt—including numerous liveaboard vessels, dive resorts and operations. But even for the diver with the YMCA certification number 000-00-0003, perhaps what’s most exciting is yet to come.

“All the new digital photography will be great for the diving industry because it makes it so accessible,” says Hughes with his old Calypso camera sitting on shelf over his shoulder in his DiveEncounter’s office. “Anyone can go on a trip and come back with great photos.” 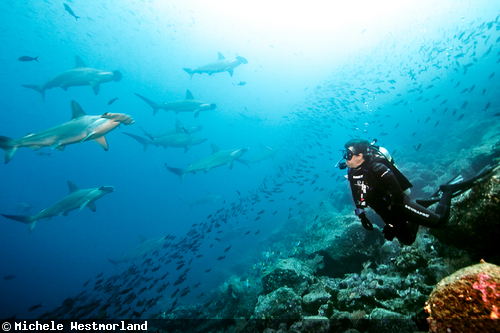 But Hughes remembers when underwater photography and diving were anything but accessible. When he entered the dive business in 1968, there were only a select dive resorts, few with dark rooms and no one had even heard of a liveaboard.

The living legend’s love for the ocean started even before founding his first dive business. Hughes parents moved from Scotland to be schoolteachers in Trinidad and Tobago when he was just a young child—his fourth birthday party was improvised on the 11,000-ton oil tanker during the long crossing.

“I was exposed to the ocean at a very young age,” says Hughes, who first cleared on a mask and strapped on a tank at a kids sea camp at the ripe age of 10. “I was sold on it immediately.” 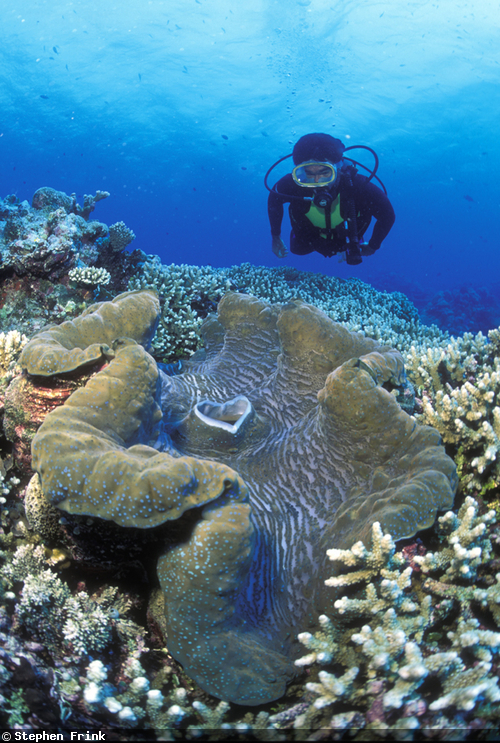 Before long Hughes was teaching at the camp and even went on to become the director—diving headfirst into the SCUBA industry. The 23-year-old dive master managed to turn around a stuggling dive business, a skill that would soon become his specialty. In fact, when Hughes arrived at the now world-famous dive destination Anthony’s Key Resort in Roatan as a young dive master, it was nothing but a failing sailing hotel. Then it was on to Bonaire, where Hughes and his wife Alice whipped the defunct Teach/Tour into the Flamingo Beach Hotel.

“We soon became one of the most successful dive operations in the world,” says Hughes, who transformed the 17-room hotel into a dive operation dealing with 250 divers daily.By the mid-1980’s Hughes had launched successful resorts in Cayman, Cayman Brac, Barbados, Nassau, and Curacao. Having conquered the world of land-based dive resorts, Hughes turned his attention to the sea. 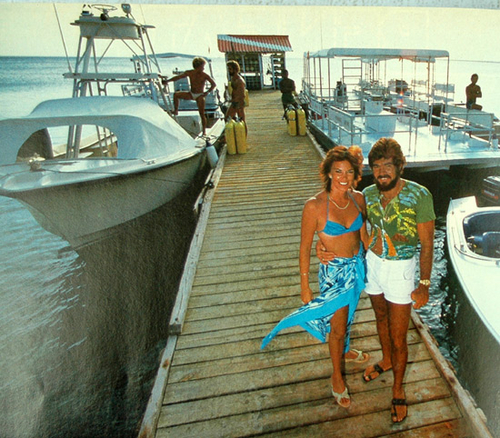 Back then, the earliest liveaboards were more like Cousteau-esque research vessel rather than a dive resort. “There were just a bunch of small rooms with bunk beds and shared bathroom for 16 guests,” says the liveaboard revolutionary.

“If I was crazy enough to do this I had to make a boat my wife would be willing to live on,” jokes Hughes, whose liveaboard improvements included mostly single bed rooms, spacious dive decks and a luxurious interiors. “That would be the boat that changed the industry forever.”

From that first boat, Hughes went on to introduce 13 new liveaboards across the globe between 1986 and 2002. The emergence of underwater photography was one of the major driving factors for this new breed of liveaboards, according to Hughes.

“We could only set aside limited space for photo facilities and we had less room for a dark room,” laments Hughes, whose only boat fire was the result of a short circuit from a camera battery charging station.

The experienced diver couldn’t help but pick up a camera of his own. In the early days of underwater photography, Hughes sold black and white postcard prints for five cents each—he even still has a few left, but they aren’t for sale.  But like everything in the diving world, underwater photography has changed quite a bit in the last 40 years. 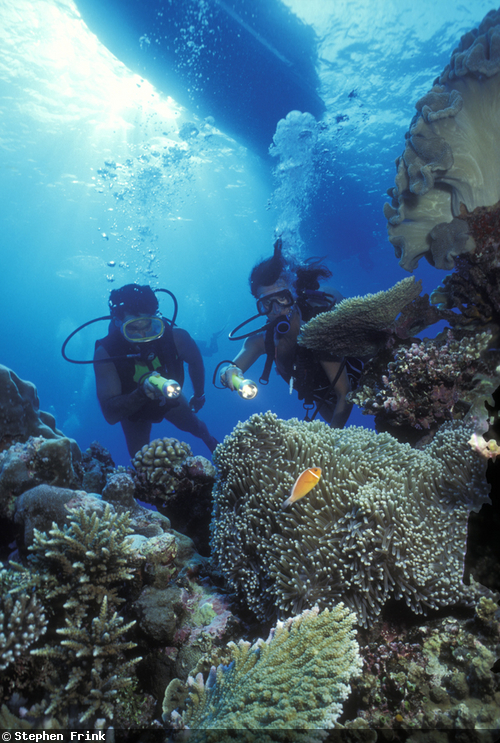 “Back then we had 24 chances to get the shot, and we didn’t know if we got it or had to wait a week—now it’s like shooting a machine gun,” jokes Hughes imitating the recent spray-and-pray technique of underwater photography.

Much like the first underwater cameras revolutionized the dive travel industry almost half a century earlier, the rapid spread of digital technology helped Hughes select the liveaboards to join his latest business, the DiveEncounters alliance. Composed of seven luxury liveaboards, DiveEncounters brings its divers to some of the most photographic destinations: the Galapagos, Maldives, Guadalupe Island, Raja Ampat and the Philippines. But choosing the right liveaboard as a photographer is as much about the destination as it is about the small things, explains Hughes.

“Photographers also need to choose a boat that is cognizant of what they need: Camera table, charging stations, air hoses, even small micro cloths for cameras—not some rough old dive towel.” 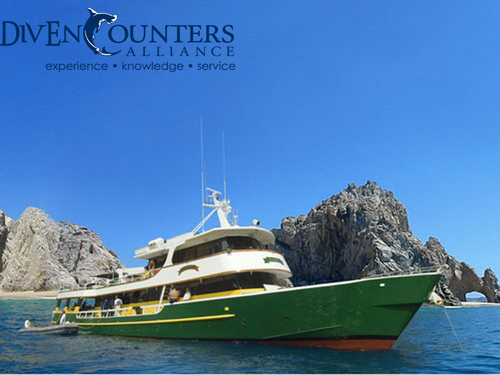 Hughes, however, gave up underwater photography long ago. Ask him why and he’ll say something like “I just got too busy,” or “I don’t have time anymore.” But there seems to be more to the truth than just that.

Photographs fade, while memories do not—and Hughes has had some great ones. He has over 300 dives in the Galapagos alone. He once was the spokesperson for the world’s first no-fog mask that never made to print because – as we all know – there’s no such thing as a no-fog mask. He even watched as astronaut Buzz Aldrin relived his visit to the moon by walking upside down on the bottom of a boat’s hull.