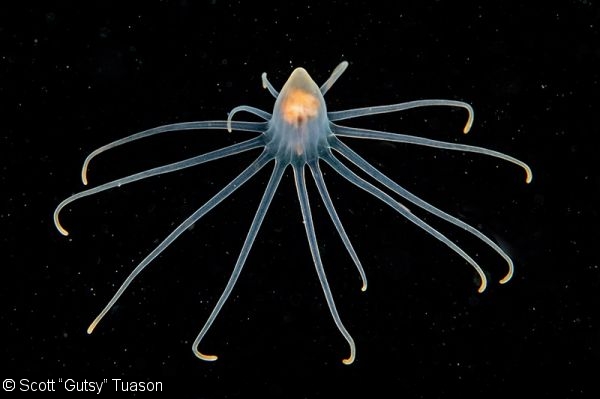 It’s not every diver that would relish the idea of drifting in the open ocean at night, but for those few underwater shooters daring enough to give black water diving a try, the parade of weird and wonderful photographic subjects is more than reason enough to take the plunge into the abyss.

So, it’s perhaps not surprising that a man who goes by the name of “Gutsy” has emerged as one of the foremost proponents of the challenging area of black water photography. After getting hooked on black water diving in Hawaii, and in turn, bringing it to the Philippines, Gutsy has made this fascinating niche his own particular specialty. And with the release of his latest book, Blackwater and Open Blue, this Manila-based shooter seems set to continue producing some of the world’s most awe-inspiring black water images.

DPG: How did you get into black water photography?

I went to Hawaii for a wedding in February 2012. Since I was there, I planned to do the manta night dive, something I had been thinking about for a while. At the dive shop, I saw they offered this “Pelagic Magic” dive as well—but only on Wednesday and Friday nights. They would only go out if four people signed up. There were two who did, so I paid for the other two spots to ensure the trip went ahead. At the same time, I walked into Joshua Lambus’ gallery in Kona and was immediately blown away by his collection. I just had to get out there myself. 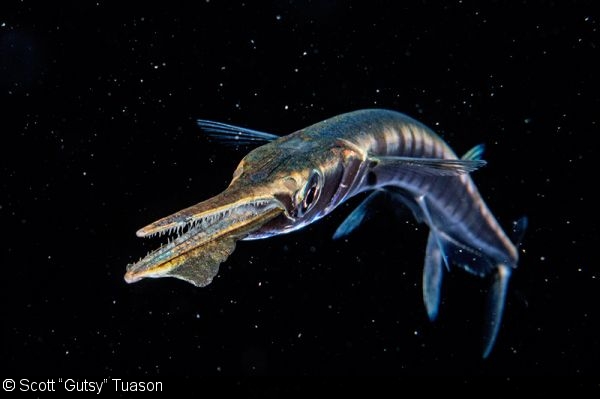 DPG: What made you decide to bring it to the Philippines? How does it compare to other destinations? 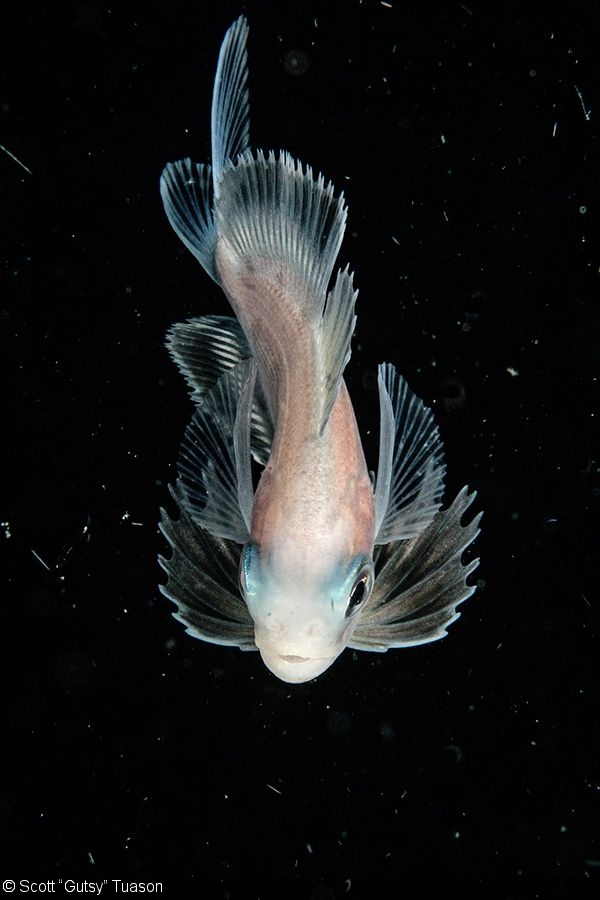 DPG: How do the critters vary based on depth and location?

It does vary slightly. It also depends on the month and moon phase. Sometimes you get a series of dives where it’s loaded with jellyfish but not much larval fish, and vice versa. Some locations, because of proximity to mangrove areas, you tend to get bigger stuff, in the juvenile to sub-adult stage. The ocean drifters like flying fish are pretty consistent though. The depth of the water can dictate what you see as well: As the water below you gets deeper, you tend to get more of the weird stuff. Ocean currents also play a role. That’s the beauty of black water—you just really never know and you never dive the same spot twice! 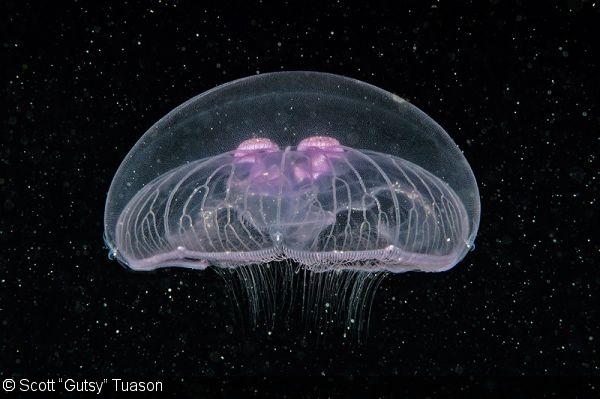 DPG: What are the biggest challenges of shooting black water?

The biggest challenge is having to skip happy hour! Off the bat, you are in a 360-degree black sphere—for me, I get vertigo sometimes. Then there is the safety aspect of making sure I don’t get lost at sea, because I am not tethered to the line. Once you work out those issues, then it’s all about actually photographing the animals, most of which are small and hard to see with my 49-year-old eyes. Getting the exposure right is another issue. Jellyfish need to be overexposed. Then you suddenly see a silvery larval fish and you have to have the presence of mind to readjust your exposure. Focusing on those little bastards is another pain as well! 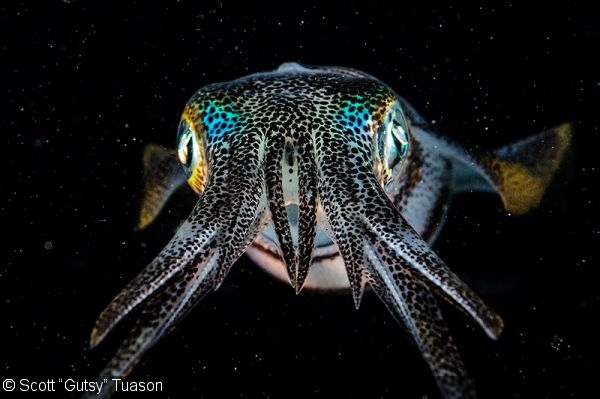 “Nothing As It Seems” 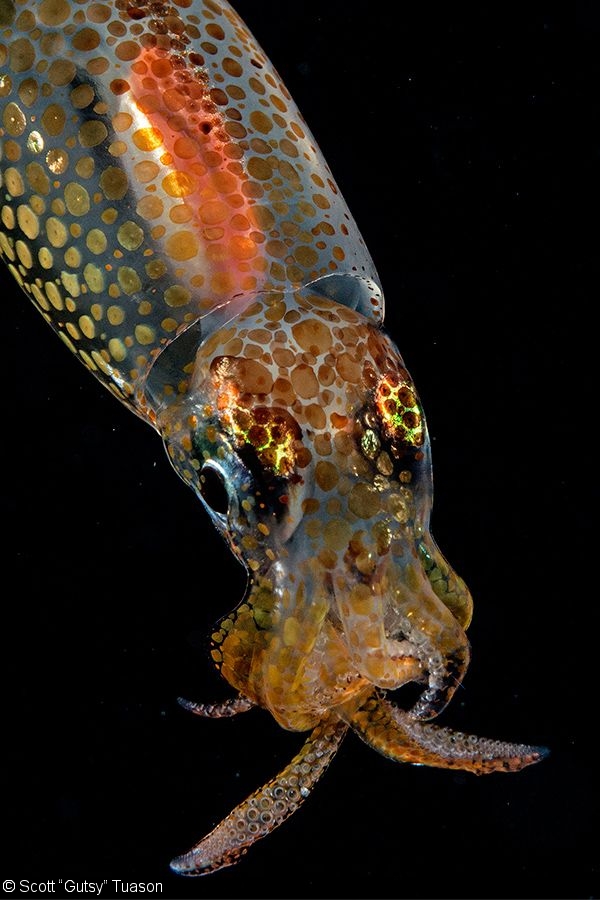 DPG: What equipment do you need?

A good DSLR with a 60mm or 50mm macro lens is best. You can do it with a 100mm or 105mm, but why make your life harder? A good focus light or video light, minimum 800 lumens, and two strobes, ideally with a very quick recycle time, like a Sea & Sea YS-250PRO, Ikelite DS161 or i-Divesite Symbiosis SS-1 or SS-2. We use a rope to 20 meters with light attached to it, which acts as a guide and reduces the chance of vertigo. 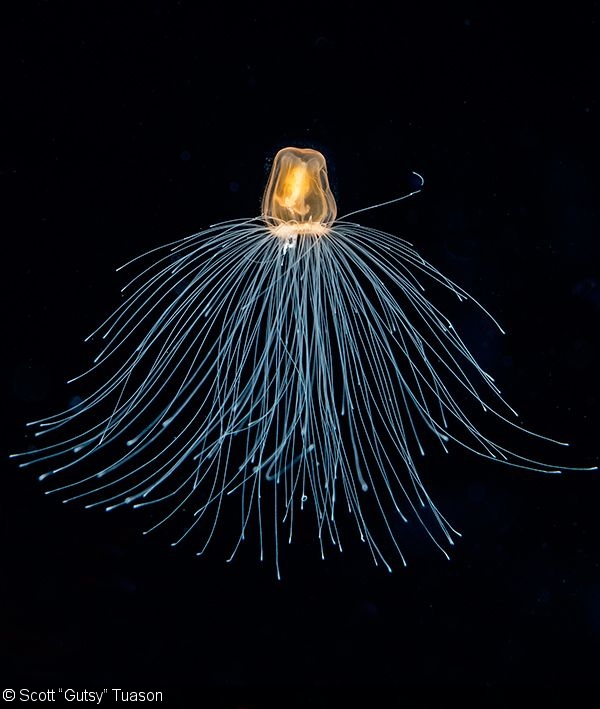 DPG: You recently released a book on black water photography. What is the process of creating a photography book like?

It’s my sixth book dedicated to underwater photos. It starts with an idea or concept for the book. I didn’t want to just put together a bunch of my best photos. Once you have the concept, then it’s down to editing the photos, which can be a pain, because you can’t possibly include all the photos you’d like. The challenges start in the printing process, trying to get the colors and textures and tones, because everything looks great on a computer screen. For this book, getting the blacks to be black without making the subject too dark was a challenge. The joy comes when you finally get your hands on the first hard copy of the book that you worked so hard on—to go from an idea to an actual tangible hard copy. 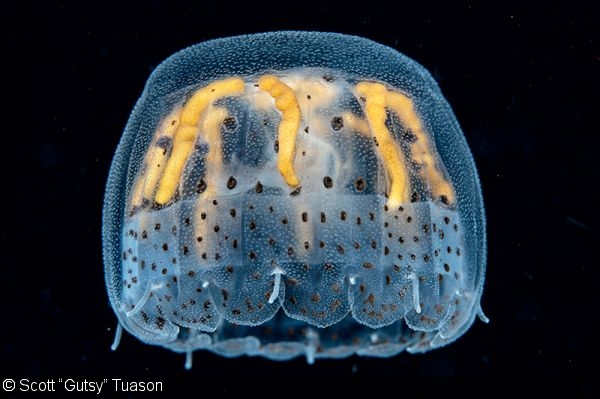 I am working on two other books that I was commissioned to do for areas in the Philippines, possibly a TV show in the works, and another book on a concept that I can’t disclose. At the end of the day, you have to love the whole process of making photographs, and if you are able to come up with a good idea, then that is gravy on the roast. I spend my life capturing images for my own pleasure, but in the process it seems to bring attention to the things that I am fascinated with in the ocean, and that will hopefully give a reason for people to actually care about the animals I see, and one day work towards preserving them. 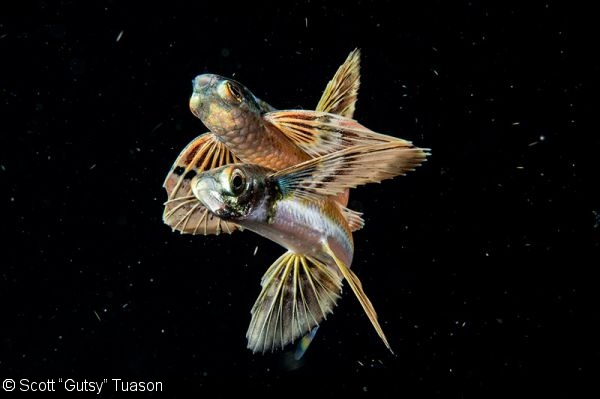 This large-format photographic book, published by Scuba Diver Ocean Planet, showcases images taken around the world in the open ocean. From the minute jellyfish to a 15-metre-long humpback whale and her calf, this collection spans almost 10 years of capturing images that are both unique and fascinating.

Anthony Fraise wrote:
One of my favs! Like these pics...
You must be logged in to comment.
Support Our Sponsors
Advertise With Us
Newsletter
Travel with us