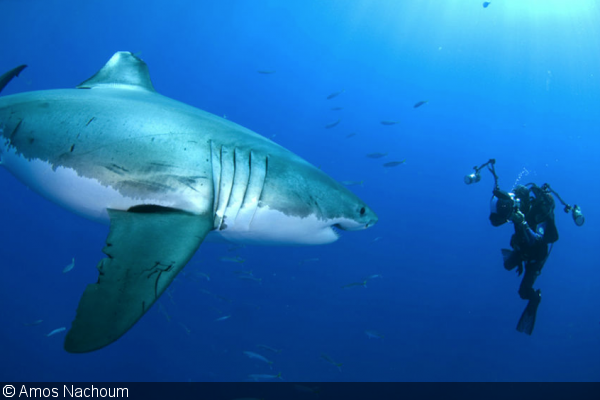 After serving in the Israeli special forces and working as a war photographer in hotspots Rwanda and Bosnia for more than a decade, the last thing Amos Nachoum wants is to put himself in harm’s way. Instead, Amos unwinds by swimming with great white sharks in the open water, being chased down to 70 feet by polar bears, and coming nose-to-nose with anacondas.

“I do not have a death wish,” insists the Israeli-born big animal underwater photographer. “It has taken 40 years to build up the confidence—not in the animal, but in myself.”

For the better part of four decades, Amos has carved out the niche of big animal photography, both under the waves and above them. His images have changed the concept of the wilderness as far-flung and dangerous, to something more relatable and closer to home. And now, as the subject of a new documentary film, his goal is not to bring the beauty of the world’s big animals to you, but rather to bring you to them.

“Rather than spend $25 on a subscription to National Geographic, if you have the means and the time, I’ll put you in front of the animals,” explains Amos. “You can tell the story, not Jacques Cousteau.” 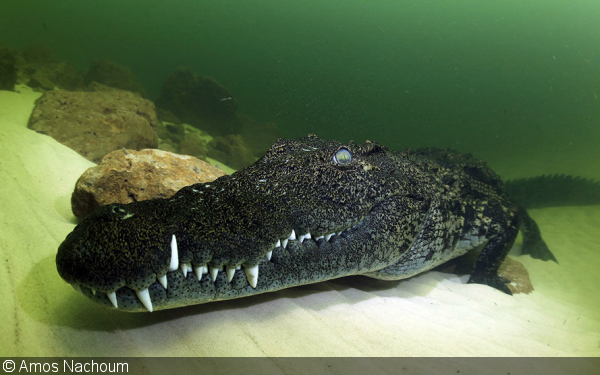 A toothy crocodile in the Okavango Delta of Botswana 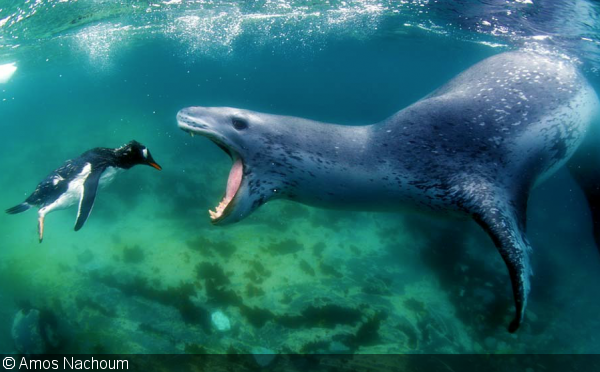 A leopard seal offers up a dead penguin in Antarctica

AMOS: The Movie will chronicle his latest adventure to photograph polar bears in the Canadian Arctic—an adventure 10 years in the works. But the story of Amos’ rise to fame as a big animal photographer goes back much further, to  when he abandoned war photography after witnessing the genocide in Rwanda and opted to travel the world for three years with two other photographers and a social worker. His travels eventually landed Amos in NYC, hoping to attend film school at New York University. In spite of working night shifts as a taxi driver and being one of the few students accepted to the program, Amos couldn’t afford to take the credits. Little did he know at the time that the leading lecturers of NYU’s film school included Martin Scorsese and Woody Allen.

While in NYC, the young Amos began taking scuba diving classes at a local dive club. It’s not that he needed the training after diving closed and open circuit in the Israeli special forces, rather it was a way for the Israeli immigrant to learn English doing something he loved. It only took a couple dives for the instructors to realize no further training was needed, and Amos began to work as a divemaster’s assistant. 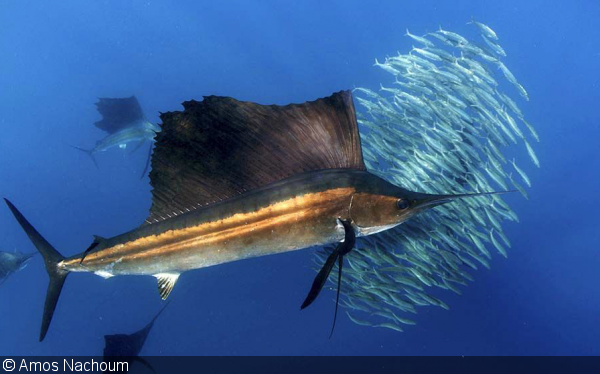 A sailfish chases after bait fish in Isla Mujeres, Mexico

Soon, the converted war photographer transferred his skills to the underwater realm, leading trips to the Red Sea. Back in 1979, there weren’t any liveaboards, and transportation was strictly limited to camels and jeeps. He quickly discovered something in the wilderness that could not be found at home or on the battlefield.

“It provided relaxation and recharging time,” confesses Amos, after years in and around war. “[The wilderness] provided inspiration and uplift in my life. I could not leave.”

In the coming years, Amos worked closely alongside the Martin Scorsese-esque superstars of the underwater world—Howard Hall, Sylvia Earl, and Euginie Clark—to pioneer big animal photography destinations, beginning with the great whites of Guadalupe, Mexico. “I had to put myself right into the learning process,” recalls Amos of his first encounter photographing great white sharks. “Nobody was doing it at the time.” 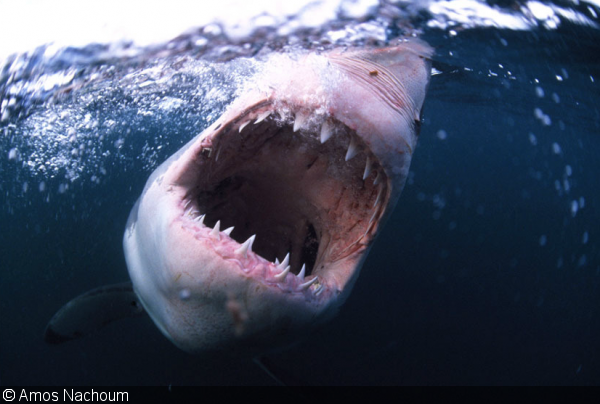 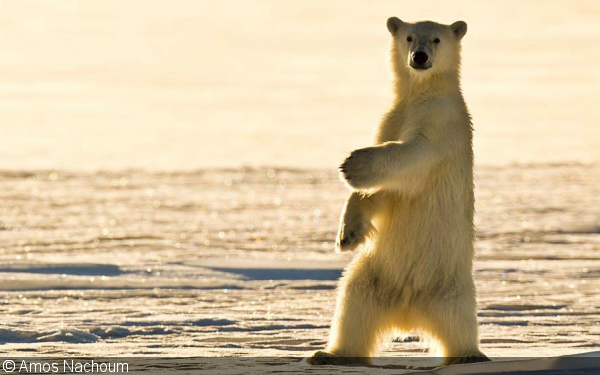 Photographing polar bears in the Canadian Arctic is the main subject of the upcoming documentary, AMOS: The Movie

It didn’t stop with great whites. Amos had acquired a taste for big animal photography, soon pioneering other encounters with blue whales, anacondas, leopard seals, and crocodiles. All the while, Amos applied what he'd learned from years in the military to assure safe interactions with wildlife: "The enemy of all fears is knowledge and experience."

But regardless of the destination and subject, Amos’ goal remains to bring people to the animals, rather than relying on TV shows and dusty magazines. And that remains the goal with the upcoming documentary of his Arctic adventure, set to be released in 2016. He believes that’s the best way to protect what we have, as well as document and highlight for future generations to see what was once on our planet. 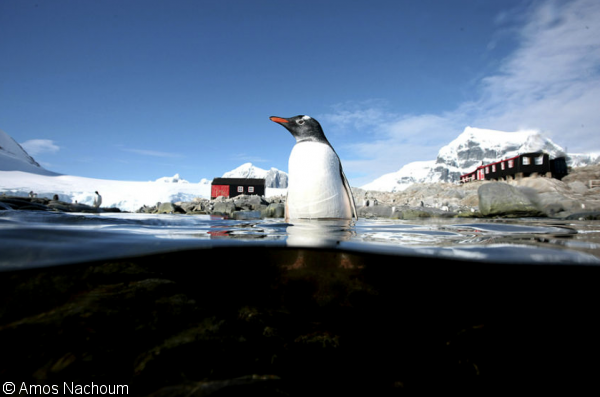