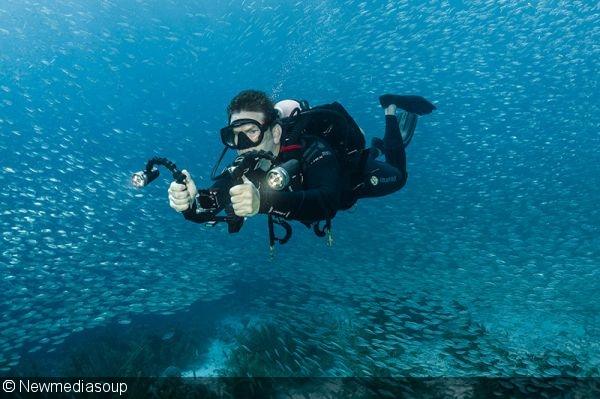 Two hands are better than one! Capture stable underwater wide-angle video using a double handle tray mount for your GoPro

After you’ve chosen which GoPro is best for your underwater imaging needs, there are steps to take before you giant-stride in. Before you jump in the water with your GoPro, it’s best to change some of the default settings in the Setup menu. 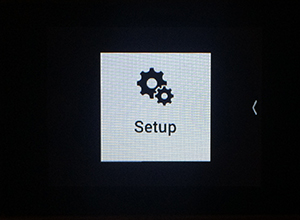 For example, the monitor shutting off on you while recording can be avoided by making modifications to the new “features” of the camera. While such power-saving features can be good for recreational usage on land, underwater they can be annoying and prevent you from properly framing your underwater subject during exciting behavior, and ultimately becoming a detriment to your footage.

The first things we want to change in camera settings is in the Touch Display menu. Make sure that Sleep is set to “Never.” Also, in this submenu we prefer to turn off Lock on the touch display. 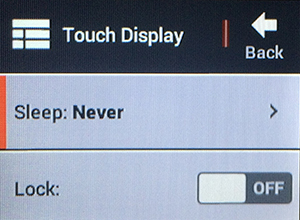 The next setting we want to make sure to turn off is the Auto Off feature. As underwater videographers/photographers we prefer to decide when to have the camera turned off. I know what you’re thinking: “But what if I forget to turn off the camera during the dive and the battery gets drained?” We will say this: It only takes one time to be waiting for the action to pass in front of the camera, then press the shutter button only to find out that the camera has automatically turned itself off. 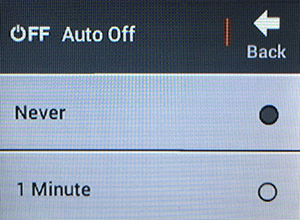 Here is what we have our GoPro Hero4 cameras set to when we jump in the water when shooting video. These general settings will yield the best results for most underwater video shooting scenarios.

Protune Over the Years 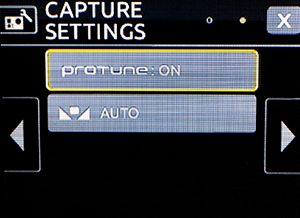 For the Hero3, enabling ProTune forced a flat color profile and sharpening was set to low. In our article A Guide to Using the GoPro Hero3 Underwater, we recommended that hobbyists/amateurs leave ProTune off due the very flat and soft focused profile and additional post-processing required to dial in the footage. Additionally, the Hero3+ initially shipped with this same limitation. 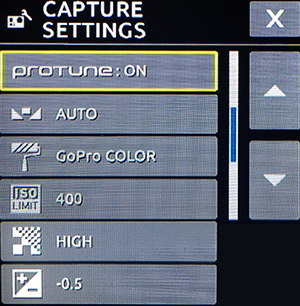 However, for the Hero3+ Black edition, GoPro released a software update (HD3.11.02.00) in March of 2014 that unlocked the full capabilities of ProTune and changed the default settings to behave more like the full ProTune of the Hero4 cameras. 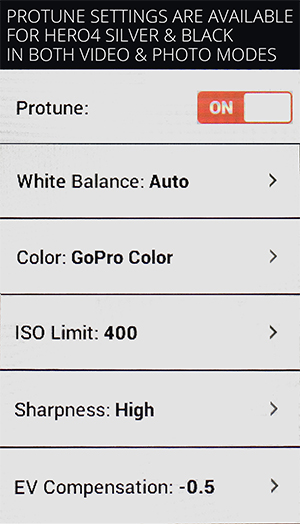 Hero4 ProTune for Both Video and Photo

With the latest camera releases, GoPro has actually focused even more attention on the capabilities of ProTune. For both the GoPro Hero4 Silver and GoPro Hero4 Black, you can enable ProTune in both Video and Photo modes, allowing you all of the benefits of the higher bit rate (better quality capture), while keeping the default settings for color and sharpening. Running ProTune with GoPro Color and High Sharpening will result in the best quality footage that the camera can capture without having to do any additional color or sharpening in post-processing.

Other Things to Note

In a future article, we’ll discuss how making changes to these settings can make sense in certain shooting situations, such as, when to adjust EV Compensation, ISO Limit, Sharpness, and even White Balance.

Preparing Your GoPro for Underwater Photography

A fully charged battery for the Hero4 Black with the LCD Touch BacPac in 4K mode will last approximately 50 minutes. The Hero4 Silver will run approximately 70 minutes. Having fresh batteries to swap out after each dive will eliminate the probability that your camera’s battery will die during a dive. 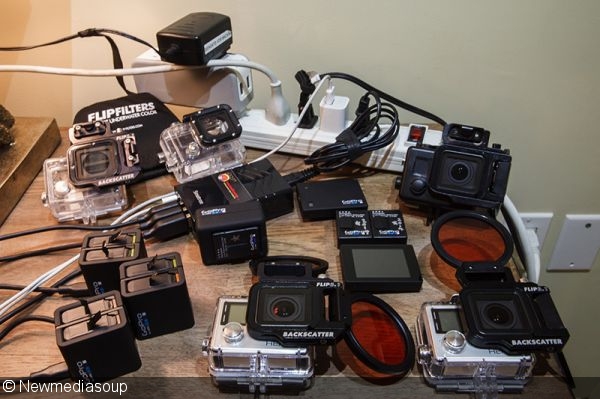 We’re almost ready to take our GoPro in the water. Before we do though, consider this: One of the most telltale signs of amateur footage is unstable, dizzy-inducing video recordings and bad cyan underwater color. We’ll discuss how to get the best underwater color in the next article! To get stable underwater footage, we highly recommend using some sort of stabilization mount. Here are a few of our favorite options:

GoPro with a Camera Pole

These have grown in popularity over the years. We use these frequently for topside adventures. While the long pole helps you stabilize your footage, because there’s barely any mass to the pole and the tiny GoPro on the end, it’s very easy for the camera to pitch and roll when you’re trying to capture steady underwater scenes.

The camera pole is a very popular choice for the video enthusiast who wants a compact solution and mostly uses a color-correction filter with ambient light. We were able to test the Light and Motion Sidekick Duo and we’re very impressed with the improvements to color, clarity, and contrast for underwater captures. With many choices for camera poles, make sure the one you choose has waterproof construction for use in and out of the water. 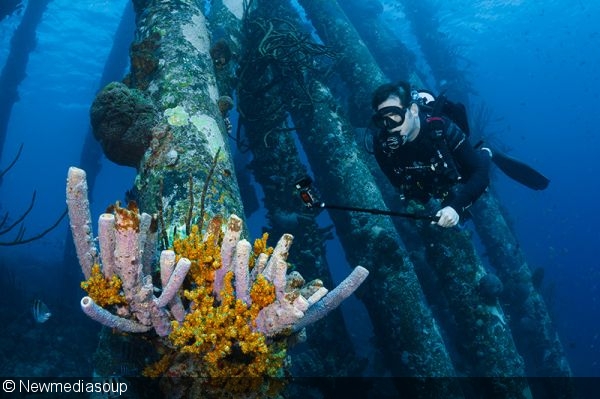 Whichever camera pole you choose, be sure it has waterproof construction for long-lasting use in and out of the water

Wide-Angle Shooting with a Double Handle Tray and Tripod

This is a slight modification to the previous configuration. When our GoPros are set up to shoot both wide angle and macro on the same dive, we’ll have a tripod mounted to the bottom of the tray. By positioning the tripod to the side, you can gain additional width for greater stability.

The wider the spread of your arms, the more control you’ll have from the camera rolling side to side. Backscatter’s Double Handle Tray has a ¼-20 threaded tripod mount, so you can easily attach a tripod. Whether you’re finning through the action or being stationary, letting the action come to you, you want to keep the GoPro steady. 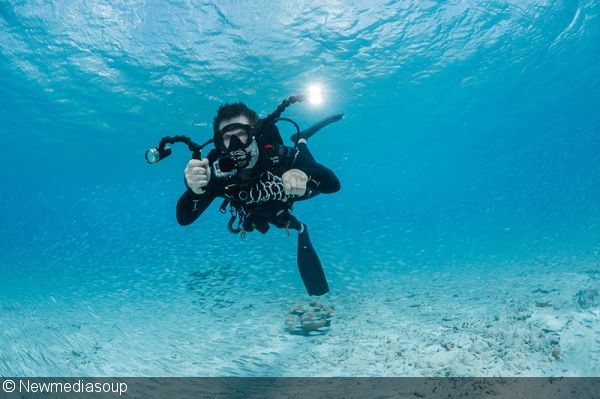 Mounting a GoPro to a Camera Housing

If you’re primarily an underwater photographer/videographer who shoots a DSLR or mirrorless camera, mounting the GoPro directly on top of your housing is a great way for the still shooter to capture amazing video, or the videographer to capture more footage for supporting B-roll usage. Most housings have dual handles that are spread out wide enough that you can move through the water with a smooth level of stability. If you missed it, check out our article How to Attach a GoPro to an Underwater Housing. 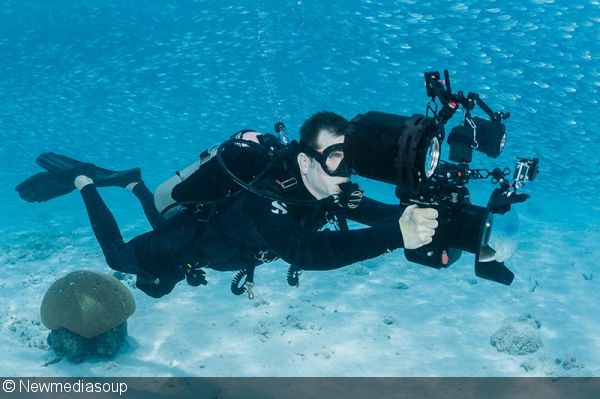 Don’t miss any of the action! Capture additional footage by mounting your GoPro to your underwater housing

GoPro Macro Photography with a Tripod

This is a must! Without a doubt, when recording macro video, it is highly recommended that you use a tripod. Not only will you eliminate the wobbles and shakes in your macro video, you’ll also be able to dial in your focus and attain the sharpest footage. For a basic tripod, we like the Joby Gorillapod. Its flexible arms can keep your GoPro stable in most macro shooting situations, and its rugged construction make it a winner for topside use too. Stay tuned for our future article where we’ll discuss macro shooting techniques, and using lenses like the Macromate Mini to capture the tiniest ocean critters. 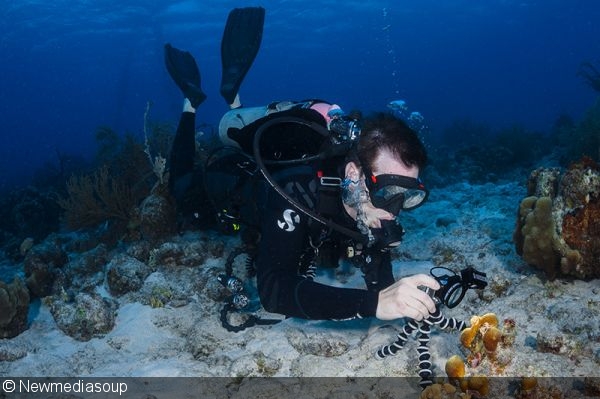 With the Macromate Mini, the GoPro can capture our favorite small wonders of the sea! Using a tripod keeps the GoPro steady for wobble-free footage

Shaun Parekh wrote:
Hi there - if your previous article using GoPro Hero3 (http://www.divephotoguide.com/underwater-photography-special-features/article/go-pro-underwater-photo-video/) you advise to turn ProTune off. Why would you suggest turning it on now?

From what I understand, ProTune is less sharp and better for individuals who edit a lot in post. As someone who is more amateur, would you suggest turning it off?

Hannah Brown wrote:
I've almost given up on using my GoPro Hero4 underwater. No matter what I change the settings to (like the ones mentioned in the article) the quality of the video is still too poor to actually use. In fact, I think the sharpness and clarity of the GoPro3 was much better.
I've read countless online articles and forums on how best to set it up but was recently told that really the new GoPro's are for those who plan on doing a lot of post-video editing which rules me out......If anyone does have any advice on how I can simply take an underwater video then play it back immediately with the ability to distinguish individual fish it would be greatly appreciated...if not, does anyone want to buy a GoPro Hero4 silver?

Joel Penner wrote:
@Shaun Parekh: Thanks for your question. An update will be made to the article shortly that explains in greater detail the advantages of ProTune and the differences between camera models over the years when enabling the ProTune settings.

@Hannah: Hang in there! We're going to start delving into shooting techniques in the next article with a primary focus on getting the best underwater color and contrast possible. Many people are getting excellent results underwater with the Hero4 cameras so I'm confident that you should be able to do so as well in the future... right out of the camera without much post processing.

Shaun Parekh wrote:
Thanks Joel. Looking forward to the next article as I'll be using my new Hero4 soon!

Ian Seldrup wrote:
@Shaun Parekh: Thanks for raising the issue about ProTune. We've added a detailed section from Joel, "ProTune Over the Years," that delves into the intricacies of ProTune. Please have a look!

Shaun Parekh wrote:
Thanks for the update!