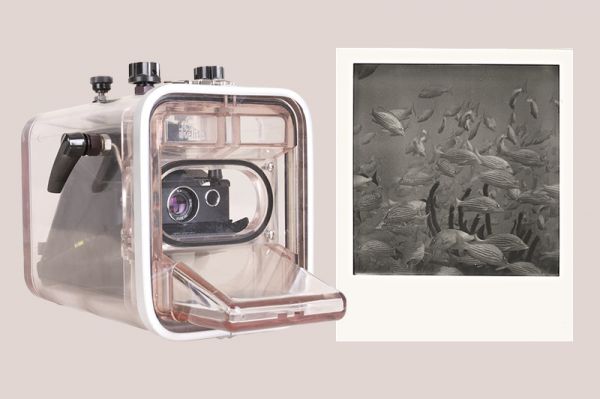 My father always told me that back “in his day” getting to school involved a three-mile hike, in the snow, and it was uphill… both ways.

And so it seems is how the challenge of underwater photography loomed in the days of film—one of a learning curve so steep that it made Everest look like a mole hill. Forgive the hyperbole, but the ability to take thousands of images on a single dive and view them in real time gives modern-day photographers quite the edge over the image-makers of yesteryear.

Underwater photography editors really benefit from the plethora of talent. Take for example seasoned dive magazine editor Dietmar Fuchs, who now heads the underwater photography art publication Edition Fifty Fathoms. With thousands of quality images flooding the market, Dietmar’s job to find a suitable image for a given article is easier than ever. But the lack of intense challenge just to produce a suitable image that existed half a century ago also removes much of the drama that contributes to the uniqueness of a shot.

“I also realized the art of underwater photography [is] vanishing,” says Dietmar, who previously served as an editor for Unterwasser and Scuba Diver Through The Lens. “These perfect, streamlined and Photoshopped pictures don’t show the challenge the photographers are [experiencing] in the depths anymore.” 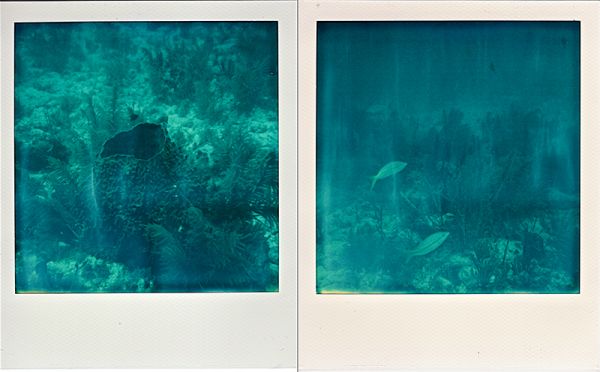 Dietmar wanted to bring back the challenge to underwater photography, so he traded in a digital camera for an old-fashioned Polaroid

Dietmar’s project is undeniably the vision of a true artist. Our products have evolved drastically over the decades so we were super excited to hear that one of our Polaroid housings was being called back into action over 40 years later!
—John Brigham, Ikelite

So how did Dietmar bring the challenge back into his underwater photography? One word: Polaroid. That’s right, the underwater photographer of 30 years picked up a camera that hadn’t been invented when he first dipped into the hobby. The camera: the Polaroid XS70. The year: 1972.

Inspired by “The Impossible Project,” the world’s only remaining production company of instant film, Dietmar sprung for a Polaroid on Ebay. The next challenge was to find a housing to fit the relic. It is little surprise that he found it in the form of an Ikelite, which has its underwater photography roots dating back even earlier—to 1962. 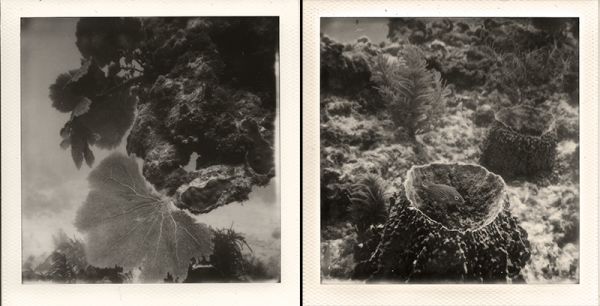 The resulting images aren’t picture perfect, but convey the struggle of countless underwater photographers in the early years of the art

The results are—as Dietmar describes them—unique. And that’s what you’d expect from a setup that offers only two camera settings, nearly 8 lbs. in buoyancy, and a finicky flash port. But he’s okay with the results not being perfectly edited (almost souless) images that fail to convey a struggle. And what’s more, his images are literally one of a kind.

“It’s an original—the only original," says Dietmar, who admits he had a hard time even seeing through the camera’s viewfinder. “It’s the only photo that saves that one moment in time in a physical format and not just a digital stream of 1 and 0s.”

The experienced editor and diver admits the images may not be destined to grace the cover of a magazine anytime soon. But Dietmar realized their true artistic potential when he transferred the images to nicer, “artist” paper. He’d have friends stop and admire the shot—something rare in this digital era.

“I knew I had done it,” beams Dietmar. “I knew I had found a way for the return of creative underwater photography.” 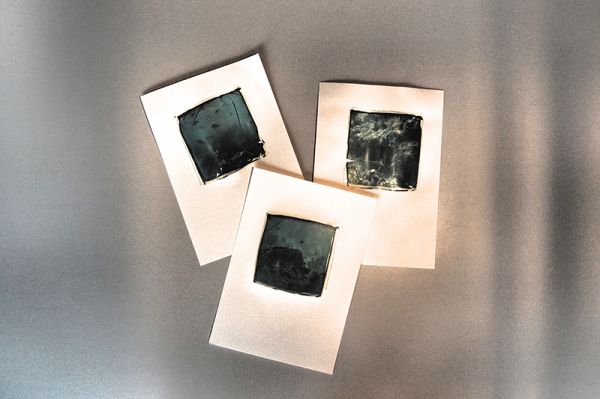 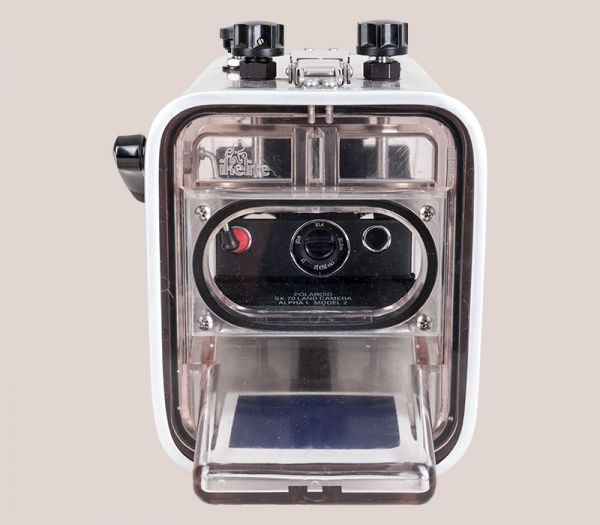 Dietmar Fuchs is the Editor-in-Chief of the underwater photo-art magazine, Edition Fifty Fathoms. A marine biologist who began diving in the 1980s, Dietmar has founded dive publications like the Swiss dive travel magazine Aquanaut (1988), Germany's Unterwasser (1994), and Scuba Diver Through The Lens (2010).

Paulin Dhalluin wrote:
Amazing!
You must be logged in to comment.
Support Our Sponsors
Advertise With Us
Newsletter
Travel with us 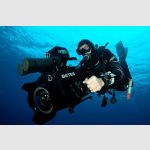