I have often been asked, “What precisely does it take to become a proficient shark photographer?”

It’s a tough question, but simply put, as in any type of photography, you have to have a burning passion for your subject. In this specific case you have to love sharks. At least that’s a good start. Then you need to train your eye for some basic rules such as composition, contrast, and drama. 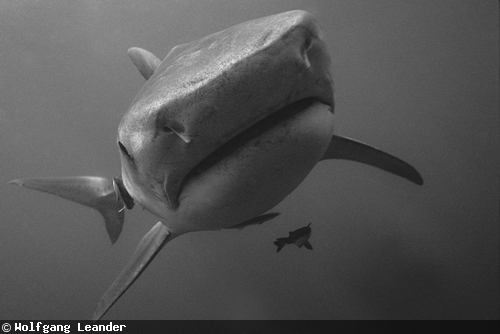 No shark photographs are more boring than those where you can tell that the photographer just thoughtlessly released the shutter. You must have the images you want to take already in your head before you frame your subject—and well before you press the shutter. 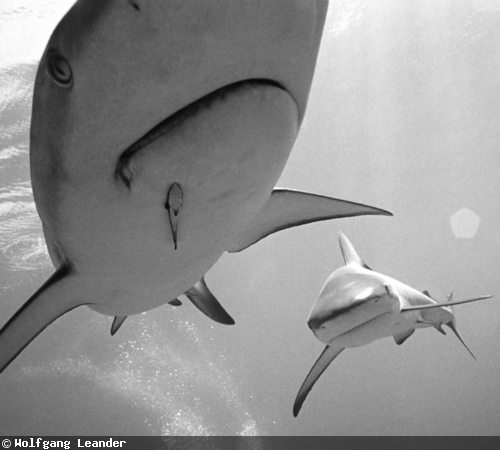 Folks who know me call me a purist. I have an old Nikonos V, and only two moderate wide-angle lenses (28 and 20mm). I would never use a fisheye because of the distortion. Extreme wide-angles, preferred by many underwater photographers today, make for interesting, sometimes very dramatic effects but they do not reproduce reality. And I am for the real stuff.

The same is true of flash: No flash for me, just available light. Sharks don't like flash anyways, especially when you (or they) get really close. I still cling to film as I believe that digital photography with its endless technical possibilities takes away the mystique of photographing. 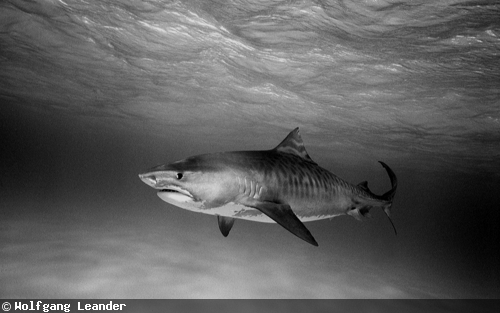 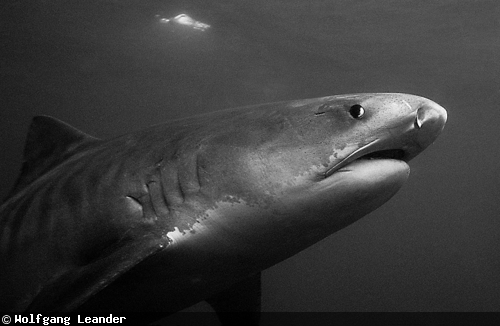 The limitation of 36 frames forces me to be quite selective when I squeeze the shutter to capture just one image at a time. My digital colleagues are able to "shoot" indiscriminately up to six or even eight frames per second, and then they leisurely choose the best. That is not for me! I consciously compose every single photograph I take. I am an old purist. 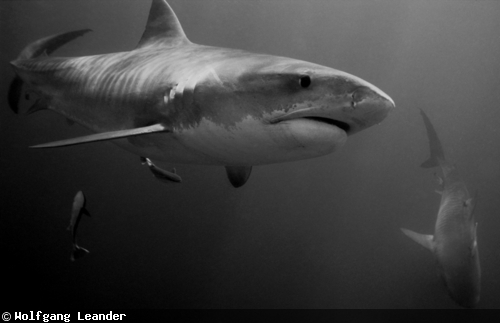 That is the way I feel—“De gustibus non est disputandum.” “There is no disputing when it comes to taste.” 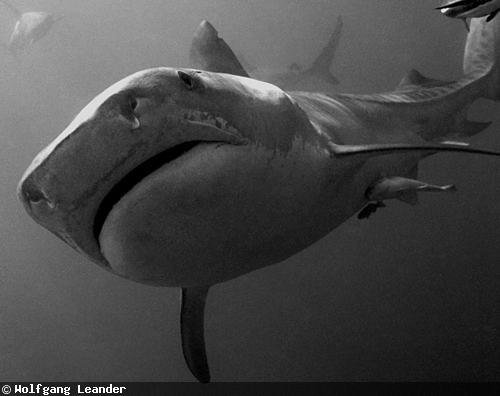 What is essential: Composition, composition, composition. Sometimes I tilt the camera a bit to get the sharks diagonally in the frame. Interaction with divers always has to be calm, yet dramatic. If either the diver or the shark is cropped in the process of photographing that’s not a problem—it’s the reality of how we would see it underwater. 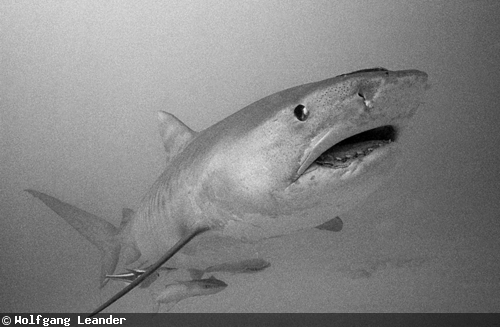 Avoid anything that sidetracks the view from the subject. Get the shark, if possible, against a clean background. Nothing is more annoying than having the perfect shot in your viewfinder, finger on the shutter, when all of a sudden another fish gets into the frame. However, with a little luck this could greatly enhance your composition as well.

With portraits, it’s important to get as close to the shark as possible, ideally letting the subject approach you. Never ever chase down a shark for a picture. Not only is it disrespectful to the shy, dignified animal, but it is utterly ineffective from a photography standpoint.

I have always (and only) free-dived. I love to swim, free-dive, and interact with sharks. Photography has been a passion of mine since I was 14. Thus, it was almost logical that I would photograph sharks while free-diving.

Interacting and photographing sharks comes naturally when you consider that you are "free" of the cumbersome scuba equipment. Not breathing underwater makes it easier to approach sharks, or, better yet, let them approach you. 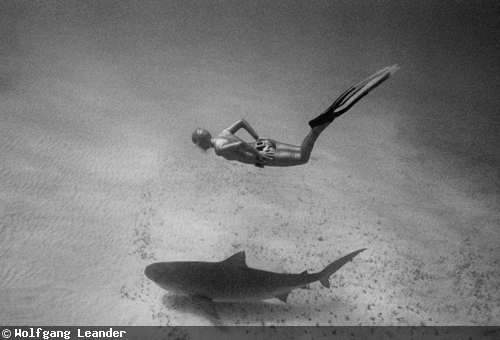 Why do I free-dive? Because I am a mammal as are dolphins, seals, and whales. When I free-dive, I do not swim under water—I flow.

Practice at lot, learn from your mistakes, and don't despair. But at the same time, if you really want to become above average, you have to be mercilessly critical with yourself.

Do not settle for the mediocre stuff, our world is full of that, now more than ever. Do not indulge in the complacency of believing that you have a fantastic shot. Rather think that you could have done better. That is what perfectionism is all about, no matter if you are a pro or a recreational snap shooter. 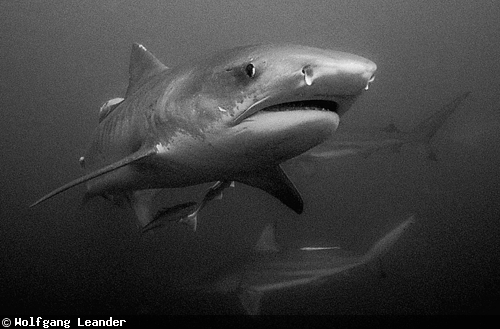 About the Author: Wolfgang Leander (72) began skin-diving in the Mediterranean Sea in 1955. During the following decades, and well into the eighties, he was an avid underwater hunter; later he changed his speargun for a Nikonos underwater camera, which he still uses today. His early fascination with sharks turned into a life-long passion to swim and free-dive with these magnificent marine creatures. You can view more of Wolfgang’s work on his website.