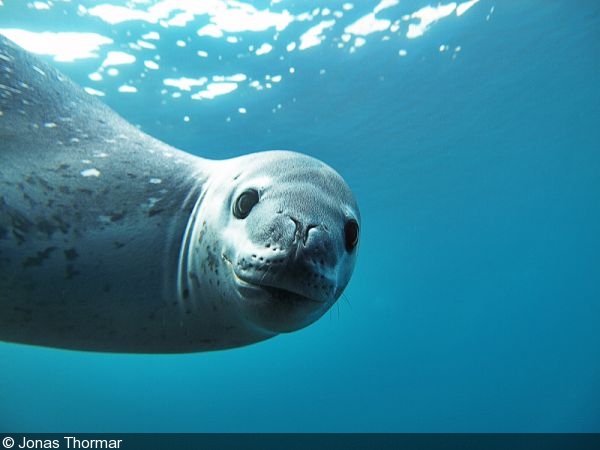 I have been an amateur underwater photographer since 2006 and have taken any opportunity to get my camera wet, whether it was sub-zero waters or two-feet-deep ponds. As a marine biologist, I can always find something interesting, whether it be freshwater or salt water, plants or animals. I’m always keen to promote local diving (in my native Denmark), but that doesn't mean I can resist an opportunity to visit remote destinations.

Antarctica is an exotic dream destination for some divers, and less so for others who prefer warmer waters. It's not as freezing cold as you think. In the summer, surface temperatures on the Antarctic Peninsula are around 32°F and the water is a stable 29–32°F. As long as you're comfortable diving when snow is falling, you’re likely to do well in Antarctica.

Unlimited visibility in freezing waters is something we have all seen on film and photos. However, this usually applies to other areas in Antarctica, or in the winter season. In the summer, marine microalgae and melting ice will reduce visibility, so keep expectations at bay. It’s still decent, but rarely stunning. It will also vary along the peninsular coast. 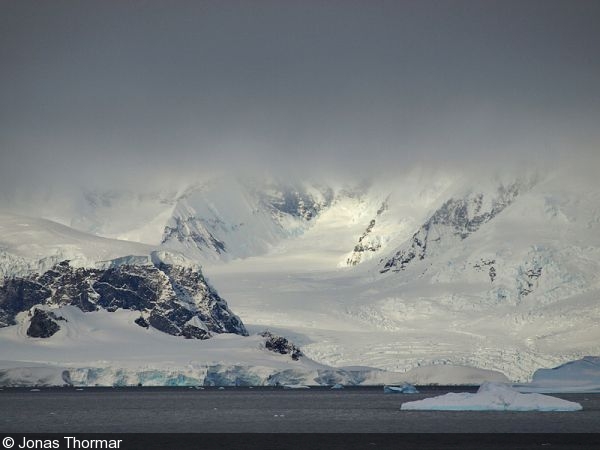 Leopard seals are definitely on top of the “to see” list for divers going to Antarctica, and even more important for underwater photographers. They have been observed at all dive sites, but some areas provide higher success rates than others. That’s probably a good thing, since an unexpected leopard seal may be intimidating to some photographers, or cause frustration to those who decided to mount the macro lens instead of the wide-angle.

When observing leopard seals hauling-out on ice floes, they usually do one of two things: keep resting, or enter the water to examine the zodiac and its passengers. The latter is usually preferred since you see their agile motion and get a chance to join them in the sea. 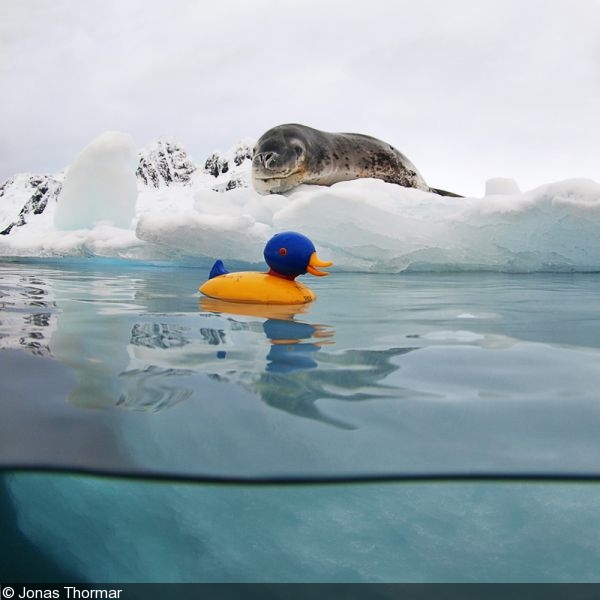 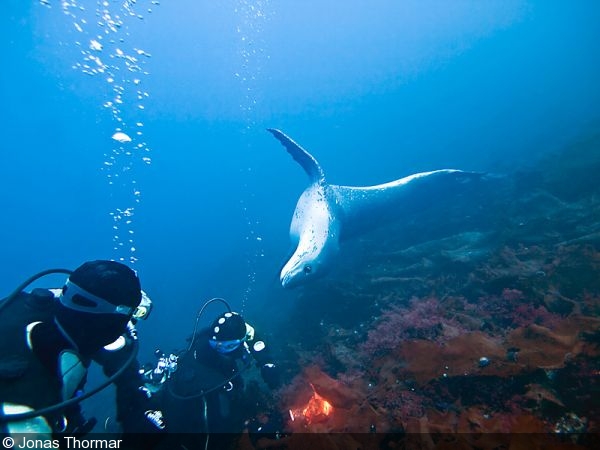 The media typically offers three depictions of leopard seals in photos: those with open jaws, those where the seal eats a penguin, and those where it presents penguins to a diver. The first two present the leopard seal as a ferocious predator; the latter as a caring predator with a soft spot. (However, catching penguin chicks in season is like picking apples, and leopard seals get a large part of their diet from feeding on krill.)

The dramatization in the media only shows one side of this magnificent animal. I wanted to present a behavior in line with how we normally regard other seals of the world: peaceful, curious and cute—even if an eight-foot predator with pointy teeth may pose a challenge. This—combined with the fact that no seals were in the water that day for me to get one of those open-jaw shots I really wanted—made shooting seals resting on ice the best option. 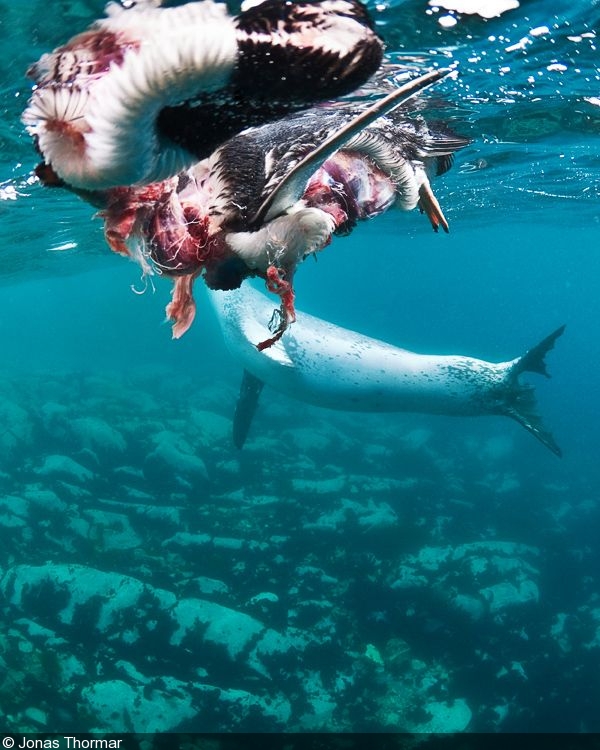 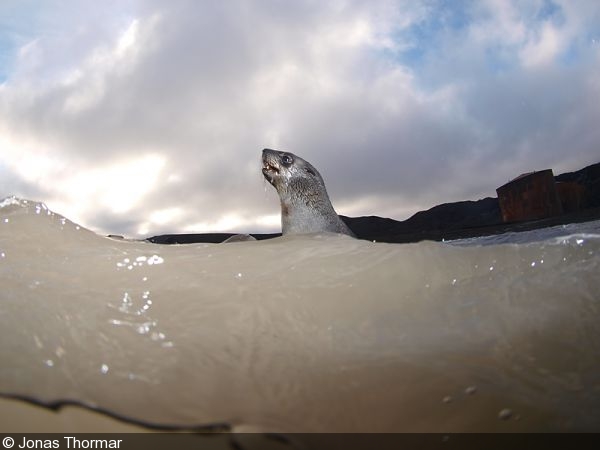 Finding the perfect ice floe for a nice split shot isn’t easy, as you don't get to choose where the leopards rest. You can swim around the floe, but a resting leopard is pretty lazy and will at most turn his head in your direction. So, my compositional options were somewhat limited. Luckily, the floe was of ideal size. If it had been too big, and I would not have been able to frame it, even with a fisheye, without backing away too far.

Balancing light above and below water on split shots is often difficult. The ice above is in great danger of losing detail through overexposure, and subjects below may be too dark. There are several methods to alleviate this, such as split filters, multiple exposures or balancing with strobes. For this particular shoot, I didn’t bring strobes, as I wanted a lighter setup for swimming with the seals. Luckily, I was aided by the clouds softening the light, and by the fact that my subject below water was white ice that didn’t need additional lighting. Aperture and shutter speed settings where not too crucial as light was plentiful and depth of field generous with a fisheye on my four-thirds camera. 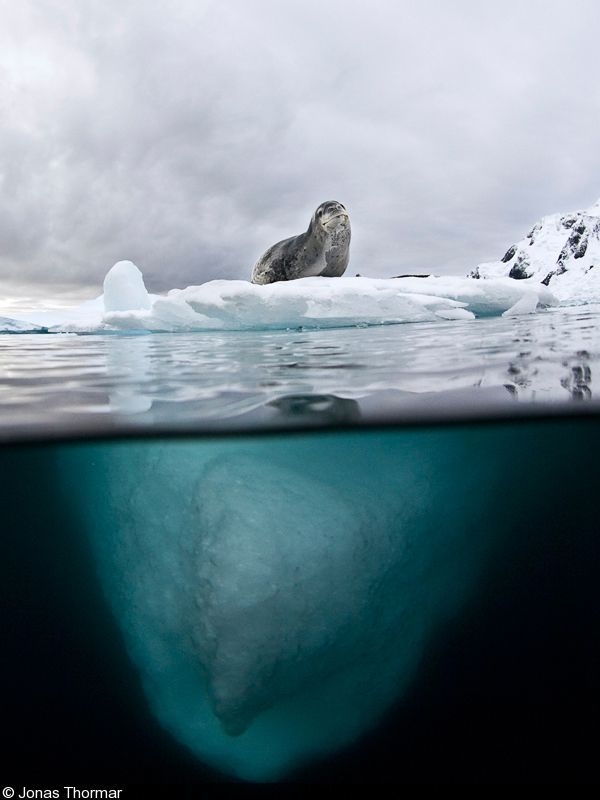 To me, the resulting photo conveys a message of tranquility, in contrast to the typical portrayal of Antarctica as a harsh environment. The feedback I’ve received indicates that many viewers love the peaceful depiction of the leopard seal—a nice change from the violent predator with teeth bared. Mission accomplished.

If you’re lucky enough, as I was, to pay a visit to the bottom of the world, prepare yourself for plenty of other spectacular Antarctic encounters: giant isopods, jellyfish and ribbon worms, as well as penguins and other seals. And be sure to spend time observing all the varied behaviors of the leopards. 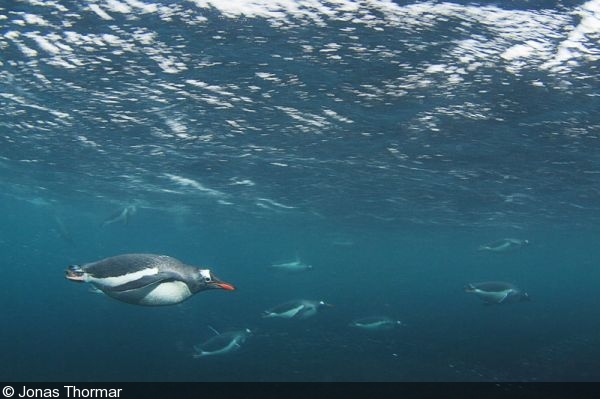 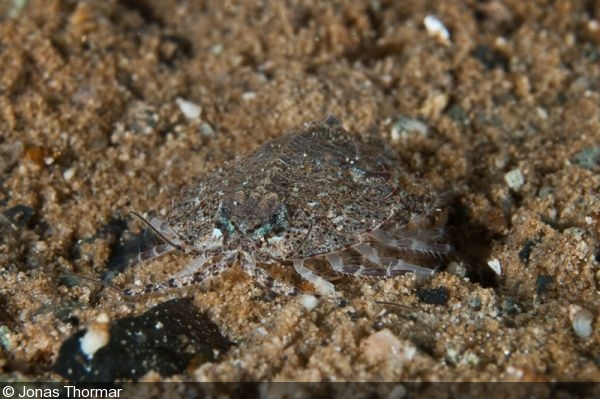 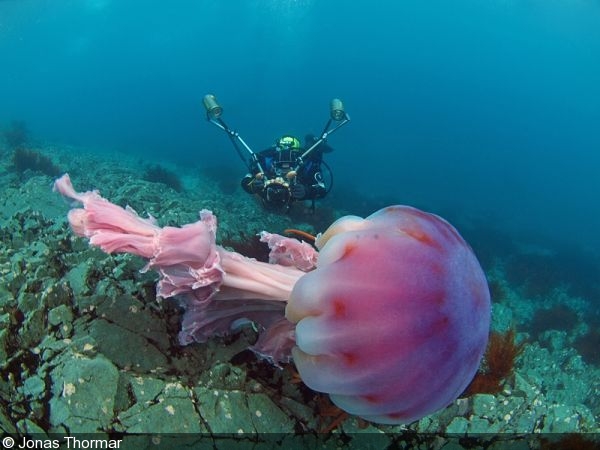 About the Author: Jonas Thormar is a Danish marine biologist currently residing in Norway. Research expeditions and work in the dive industry have provided him with photographic opportunities from the high Arctic to Antarctica. Many of his photos are shot freediving, as it is logistically easy and allows for extended shooting sessions. He currently uses an Olympus E-M1 in Olympus housing with INON Z-240 strobes. He is co-author of the book Life Beneath the Surface – From Spring to Sea in Denmark (in Danish), which aims to promote local diving.