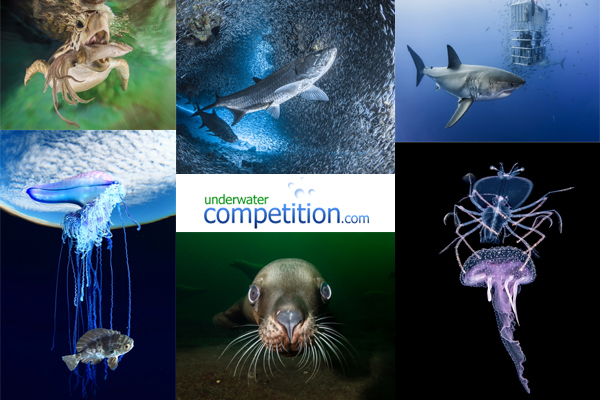 The 2015 Underwater Competition Series wrapped up this spring with the announcement of the winners of the DEEP Indonesia and Our World Underwater International Imaging Competitions. This year’s competitions were made all the more special by the fact that the UWC is celebrating its 10th year anniversary.

We honored this milestone achievement with a special gallery of images at the Our World Underwater show in Chicago back in February. But for those of you who could not make it to the “windy city” we have another way to celebrate this year’s outstanding winners: A special “behind the shot” gallery of some of the most popular images. 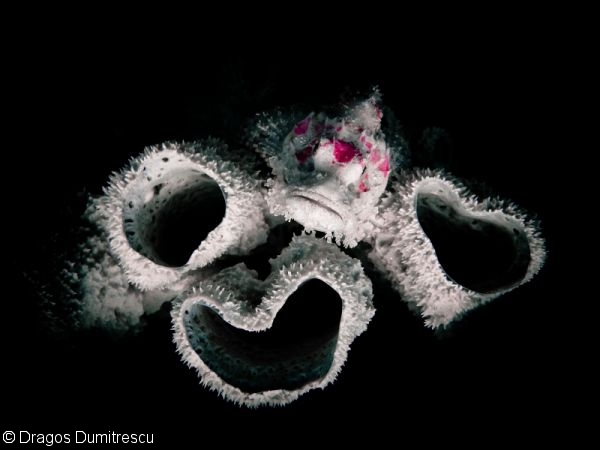 During a relaxed dive in Lembongan (Bali), I spotted a scorpionfish doing a great job blending in. The color change process was almost done: beautiful white and just two pink spots for the perfect sponge color. As my buddy decided to anchor himself there and just start shooting, I was left with the only option to go above them and find my perfect angle. Straight from the front, the scorpionfish was impersonating the missing barrel of the sponge. One shot, and that was all that I needed. I used only the in-camera flash of my G12 to illuminate the subject. Thank you Mother Nature for being so gifted, thank you for sharing all your fruits with us and thank you for forgiving us. 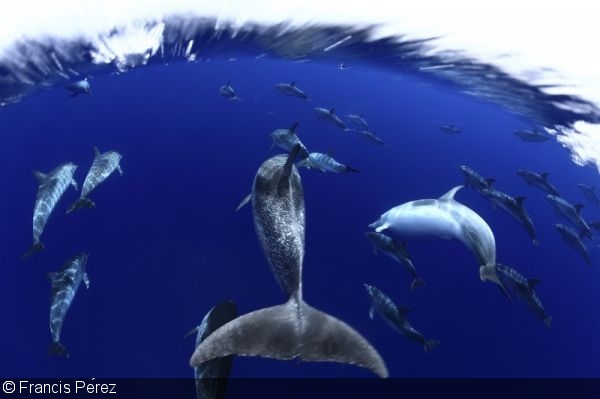 In the distance, we saw a big group of shearwaters and seagulls foaming on the rough surface of the ocean, marking a great feast underneath. Underwater, we suspected many spotted dolphins were following the trail. When we dived in, we saw a bait ball, with dolphins, shearwaters, and seagulls attacking it. When the scene was a bit more quiet, we started to move in closer, and suddenly the spotted dolphins started to play under the boat. I grabbed my housing and hanging from the boat in motion, with a friend taking my legs, I was able to capture this image. 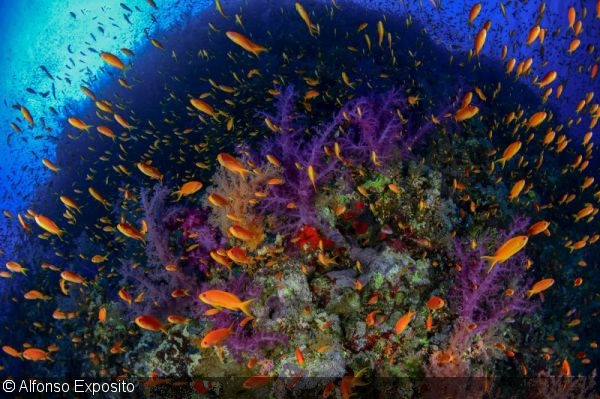 I captured this photo in the Red Sea, which is known for its coral growth and pristine reefs. The place where the photo was taken was especially drenched with a great amount of fish and colorful coral. I took several shots, but did not get what I had in mind since the fish were very disorganized. Then I exhaled loudly hoping the noise would make the schooling fish regroup out of fear. And it worked—the final image is an explosion of life and color. 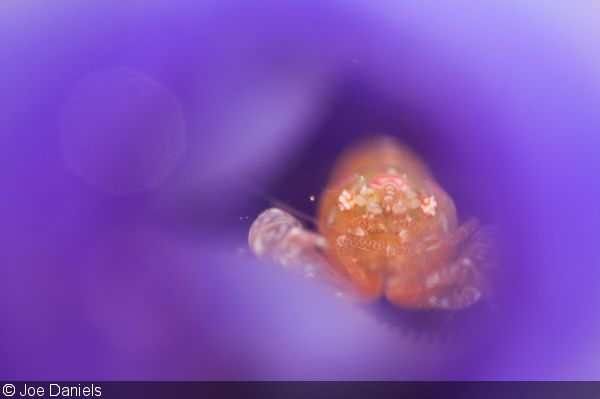 I first came across this tiny little shrimp living in the bottom of a tunicate in Ambon Bay, Indonesia. I was immediately struck by the rich color of the tunicate and intrigued by the realization that this little shrimp’s whole world exists inside this one tunicate. Now I was just left with the (not so) simple task of conveying this in my image. I achieved this by focusing through one of the openings in the tunicate, filling the frame with color. I used a wide aperture to give an extreme bokeh effect, keeping just the shrimps eyes in focus. Framing and focusing were real challenges with this image, which eventually gave the desired effect of the shrimp living in a different world. 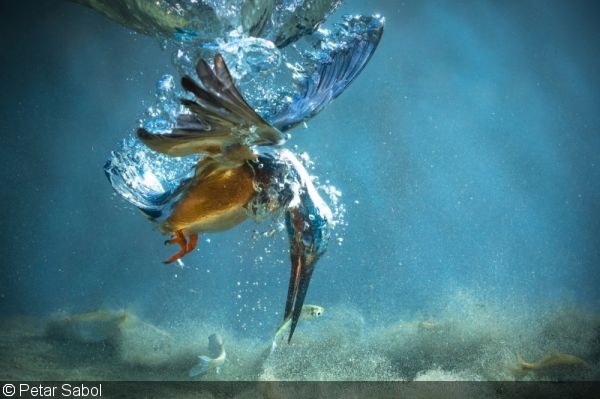 I have found that a male kingfisher regularly visited a local fishpond, and after I had taken many great photos of him in recent months I decided to try and make an underwater image of him catching the fish in action. So, I got a waterproof casing form my camera and tried some burst-style photography. I failed many times—actually thousands of times—and it was extremely hard to get the shot until I got this one perfectly in focus and composed well. Only on a bright and sunny day, and with right timing, remote trigger, and 12 fps burst did I finally succeed. 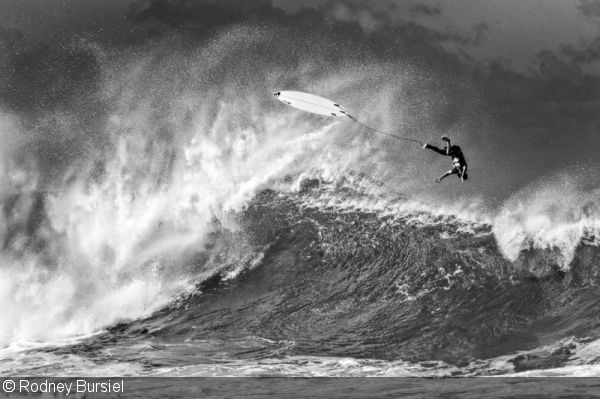 After a 20-year hiatus from photography, I got back in shooting the music scene in Austin, TX. When I first heard Donavon Frankenreiter on the radio I fell in love with his music and the more I researched him the more I wanted to meet this guy and photograph him. I had my chance last year on a surf trip to Indonesia. I had never done surf photography so I bought a housing and figured I would teach myself. The waves of Hawaii were kind of small that day until this rogue set rolled in. I was away from the crowd standing out in the water so I could shoot down the pipe. When I saw this guy take off I knew I was set for a spectacular shot but never dreamed it would be this. Without even looking at the screen I knew I had something special. And I was lucky to still have my camera after this wave. This was shot with my Nikon D3X with an aperture of f/8 and shutter speed of 1/2000s. 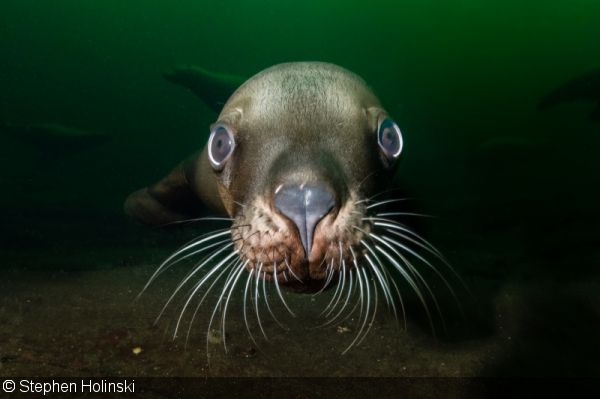 In January of 2015, a couple of friends and I made the trip from Vancouver to Hornby Island for a weekend of diving with the stellar sea lions that live a short boat ride from Hornby Island Dive Lodge. The four dives we did that weekend were by far the most exhilarating, interactive, and frankly chaotic, dives I have ever done. At times we had well over 50 inquisitive sea lions, which are playful and have absolutely no sense of personal space. While regaining my bearings after a large group of sea lions had just moved over to check out my buddy, I saw a smaller sea lion approaching slowly along the bottom. I waited until he stopped right in front of me to investigate, and as he locked eyes on me I took a single shot and, luckily, managed to capture this wonderfully inquisitive “little” guy. Due to interactions like this, I'll be making this trip again, and again. 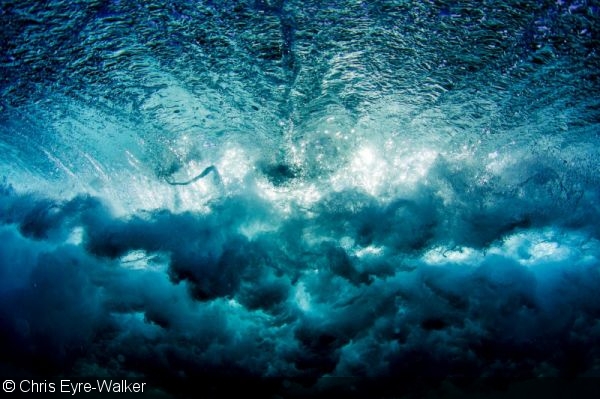 I believe that the true beauty of the ocean lies beneath the surface. As violent and dangerous as big waves may seem on the outside, as a surf and ocean photographer I usually find myself just on the edge of the raw power and chaos. It’s a surprisingly calm and peaceful spot to be in and feeling the motion of the water, diving through a big wave and watching it explode from below the surface is the sensation that makes me come for more every time. 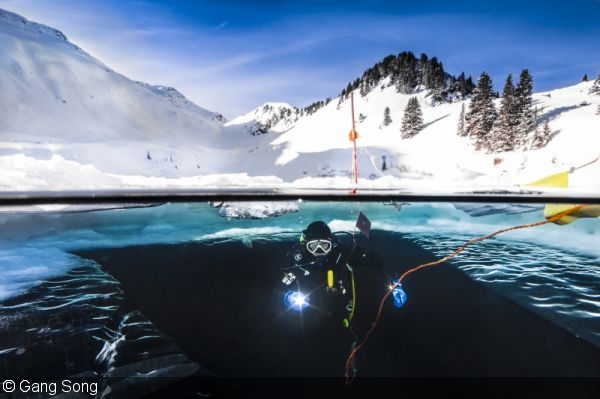 It was a sunny day and the view is breathtaking when sunlight is shining on the snow-covered mountains of Switzerland. The iced Lake Lioson is located in the midst of these mountains, so I thought I should combine this landscape and ice diving in a single image. I stayed in the ice-cold water alone about an hour, with my camera housing becoming frozen so that I could not change my shutter speed. Finally a diver came up from the dark and I captured this moment. Special thanks to Wang who arranged the fantastic trip, and Owen, the man in the picture.