Five years of competition. Hundreds of fabulous entries. More than 50 contests. And every theme under the sun: from sharks and shoals to crustaceans and cephalopods, portraits and patterns to abstracts and ambient light shots—macros and wide-angles, cold water and fresh water, eggs and eyes, and even the “strange and spook-tacular”… 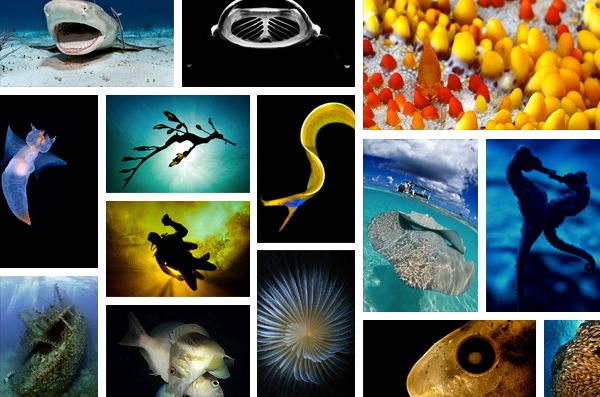 After running our Monthly Contests for five years—ever since the inaugural competition way back in August 2009—we decided that it was finally time to hang up our judging wigs and clear the way for exciting new regular features to come.

As with all good things that reach their natural end, it only seems right to spend a little time looking back at those phenomenal winning entries. So, in this first part of a two-part feature, we singled out our favorite themes from the Monthly Contests running from August 2009 through November 2011. That’s 16 Monthly Contests and a total of 48 stunning winners (with each contest having a 1st, 2nd and 3rd place). In the second part of the feature, we’ll give you 51 more awesome shots—bringing the grand total to 99! We’re wondering, will there be a single image in the bunch—No. 100 you could call it—that trumps all the others?

Anyway, we’re sure you’ll agree with us—after seeing the best of the first two-and-a-half years of winners all in one place—that there are some seriously talented members of the DPG community out there. Indeed, you’ll notice that many of the individuals included here are responsible for inspiring, influencing, and molding the creative flow of underwater photography over the past few years. And it is almost a guarantee that anyone in the industry has somehow been impacted by several of these images—and the photographers who captured them—as we all grow in technique, knowledge and the subject matter we take on.

So click on the thumbnails to enjoy the first 48 winners from our favorite contests. We hope you revisit some of this work with a renewed sense of vigor for the ocean and your own shooting.

Check out Part 2 of this feature for the second batch of winners from our favorite contests!

Debi Henshaw wrote:
Nice work but I need to pick you up on the mating and spawning contest - the 3rd place seahorse shot was taken by my husband David Henshaw not Goos van der Heide

Ian Seldrup wrote:
Hi Debi. Our apologies for this error - thanks for spotting it. It's now been rectified. Best, Ian Seldrup
You must be logged in to comment.
Support Our Sponsors
Advertise With Us
Newsletter
Travel with us